This piece has remained in the family since the current owner’s grandparents acquired it. Its drawing is in the Puiforcat archives. Additional attractive features. 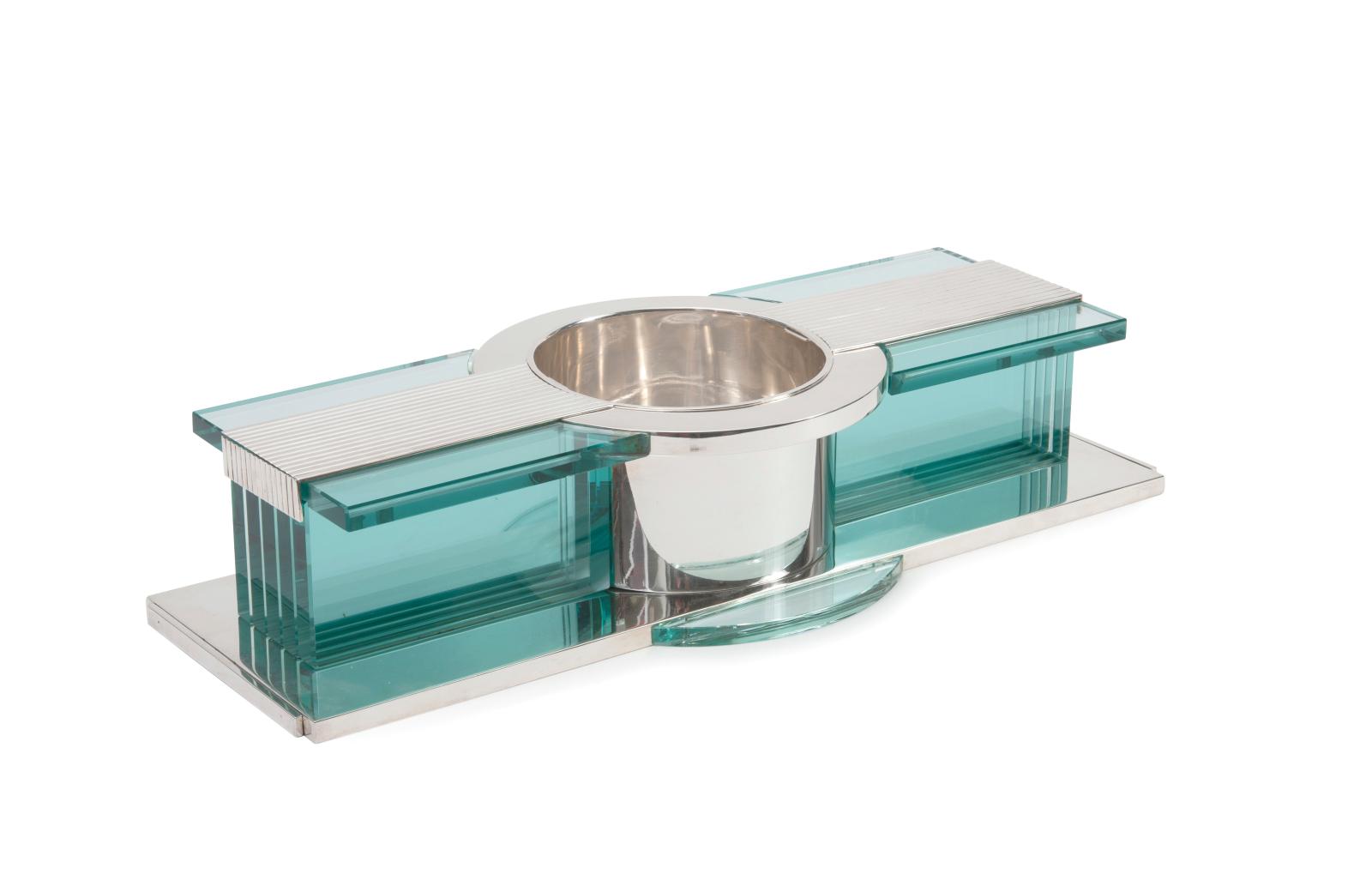 With its straight lines, clear volumes, geometric aspect and lack of superfluous decoration, this silver and glass centrepiece decorated with a cup has obviously been influenced by Cubism. It is functional, beautiful and signed by the modern silverware designer Jean-Élisée Puiforcat, an insatiable perfectionist who liked circles but also made oval, rectangular or square pieces and gave his ornaments in dark wood, rock crystal, hard stone or glass a discreet polychromy. His creative power focused on the most important pieces of silverware - soup tureens, vases and tea and coffee sets – as well as smaller ones: salt and pepper shakers, butter dishes, sauce boats, boxes of all kinds and centrepieces. Centrepieces appeared at the court of Versailles in the late 17th century and seemed so useful that they were quickly imitated throughout Europe. The Cannaméliste français of 1768 defines them as a "silver object placed in the middle of a table during all services: it is usually topped with oil bottles, sugar bowls, lemons and sour cherries". With Puiforcat, form follows function and coldness is just an appearance.

Arts du XXe, contemporain et design
Salle 5 - Drouot-Richelieu - 9, rue Drouot - 75009
Drouot Estimations
Info and sales conditions
Catalogue
Salerooms
Results
News feed
See all news
2020 Turner prize cancelled, selected artists to receive £10k fellowships instead
Greece’s Culture Minister renews call for the return of the Parthenon marbles
Pérez Art Museum buys art to support local cultural sector
The city of Paris announces financial boost for the culture sector
Not to be missed
Pre-sale
Vincent Lécuyer Collection
The Paris gallery owner, who died in July 2019, left a group of…
Pre-sale
A peerless pair
Although these commodes were produced at different times, they make…
Pre-sale
Iconic cars
Rarities including a collection of Packards and a Lamborghini "supercar"…
Pre-sale
Lagerfeld by himself
Karl Lagerfeld died on February 19, 2019, leaving behind a legacy as an…