A Woman at Her Balcony: The art of Vu Cao Dam

Like a diptych illustrating the hours of the day, this pair of paintings evokes the delicate art of Vu Cao Dam, once again exalting the female figure. A fine example of his 1940s work, they will draw interest from international collectors, starting with those of his homeland. 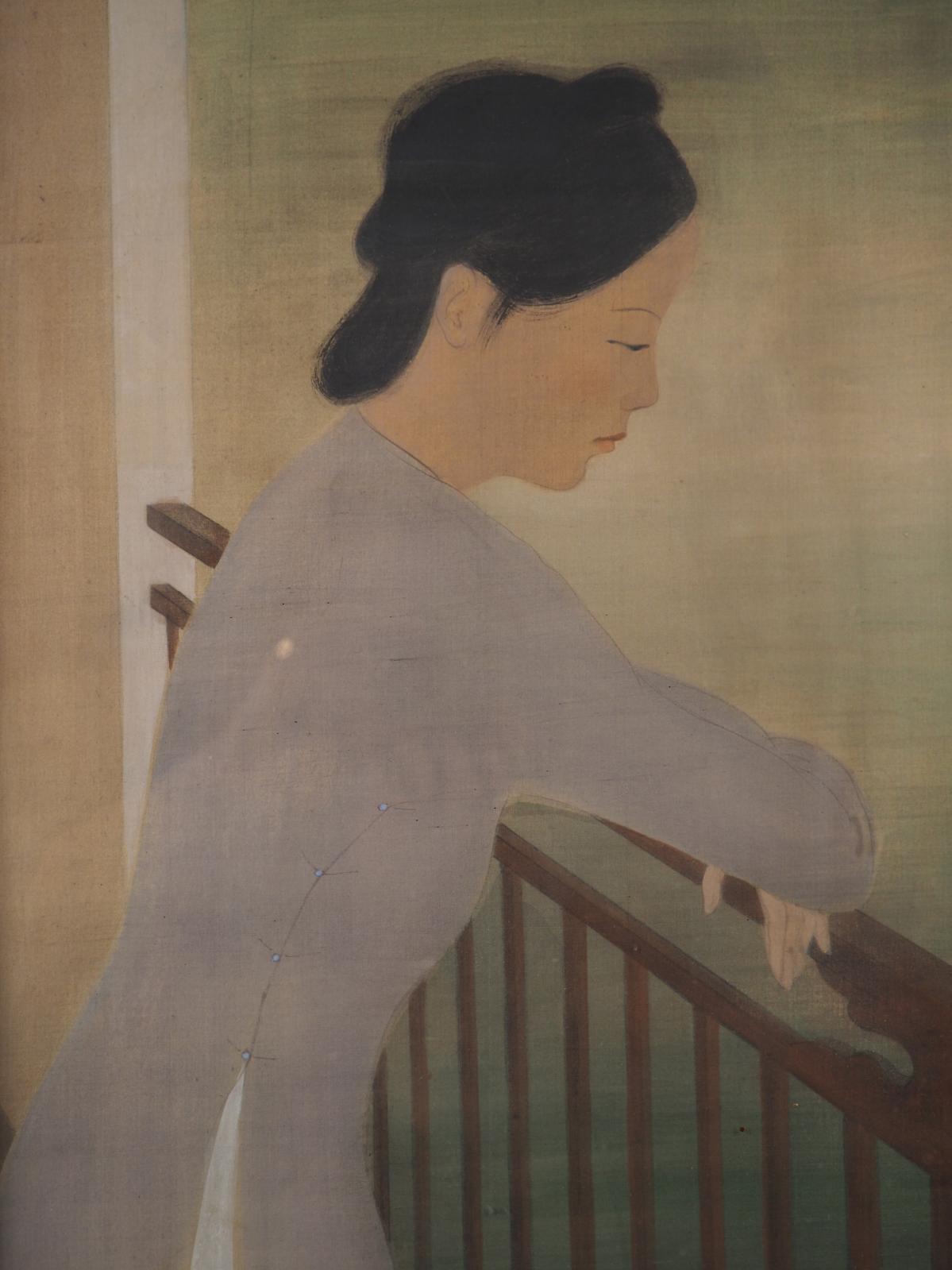 A young woman, partially hidden behind a folding screen, combs her long black hair. Another—perhaps the same, depicted at a different time of day – watches a busy street dressed in a tight-fitting slit tunic, called an ao dai. Perhaps it can be imagined that this is how an elegant woman in Hanoi began her day around 1940. When France ruled Indochina, Hanoi was the capital of Tonkin or Bac Viet ("North Vietnam"). Its families of scholars and dignitaries took pride in the great city’s status as the former capital that shined under the Tran dynasty (1225-1400). Hanoi is also where the colonial administration decided to establish the famed School of Fine Arts, which trained so many talented people, including Vu Cao Dam. Although the painter left his homeland for good in 1931, he chose the Vietnamese woman, always magnified, as his definitive model.

From sculpture to painting
Vu Cao Dam’s incredibly delicate paintings sometimes make us forget that he started out as a sculptor of rare power. When the young man from the local upper middle class entered the prestigious School of Fine Arts in 1926, he became one of the first two students in the sculpture department. He focused on busts, first modelling and then casting them in bronze, taking the people around him or Vietnamese folk types as his models. Graduating after five years, Vu Cao Dam received a grant to pursue his studies in Paris, where he took part in the 1931 Colonial Exhibition. He did not really start painting until the Second World War – due to the shortage of metal. In 1949, he permanently settled in Saint-Paul-de-Vence, in the South of France, with his wife and children. This marked a period of recognition and success, in which galleries in southern France played a key role, notably those of Paul Hervieu in Nice and Les Amis des arts in Aix-en-Provence.

ARTS DU VIETNAM - Ngh? Thu?t Vi?t Nam
Toulouse - 14, rue du Rempart-Saint-Étienne - 31000
Ivoire - Primardeco
Info and sales conditions
Catalogue
Newsfeed
See all news
Frieze New York is Coming Back in May
Museums Permitted to Reopen in Six Italian Regions
A Mysterious Tanguy Work is Up for Auction
Stunning Discoveries in Saqqara
Not to be missed
Pre-sale
Sacred Objects of Mexico
Like the standing figure from the pre-Teotihuacan culture on the…
Pre-sale
18th-century Sculptors and Cabinetmakers
Fine 18 th century furniture has become a somewhat rare commodity…
Pre-sale
Deep-Sea Diving in Luxury
Rolex watches are omnipresent in auction rooms and increasingly…
Pre-sale
An English Passion
This pair of lidded vases in soft-paste Sèvres porcelain decorated…