This striking commode, with its suspended body and brass volute base, is the only extant example in this rare wood. 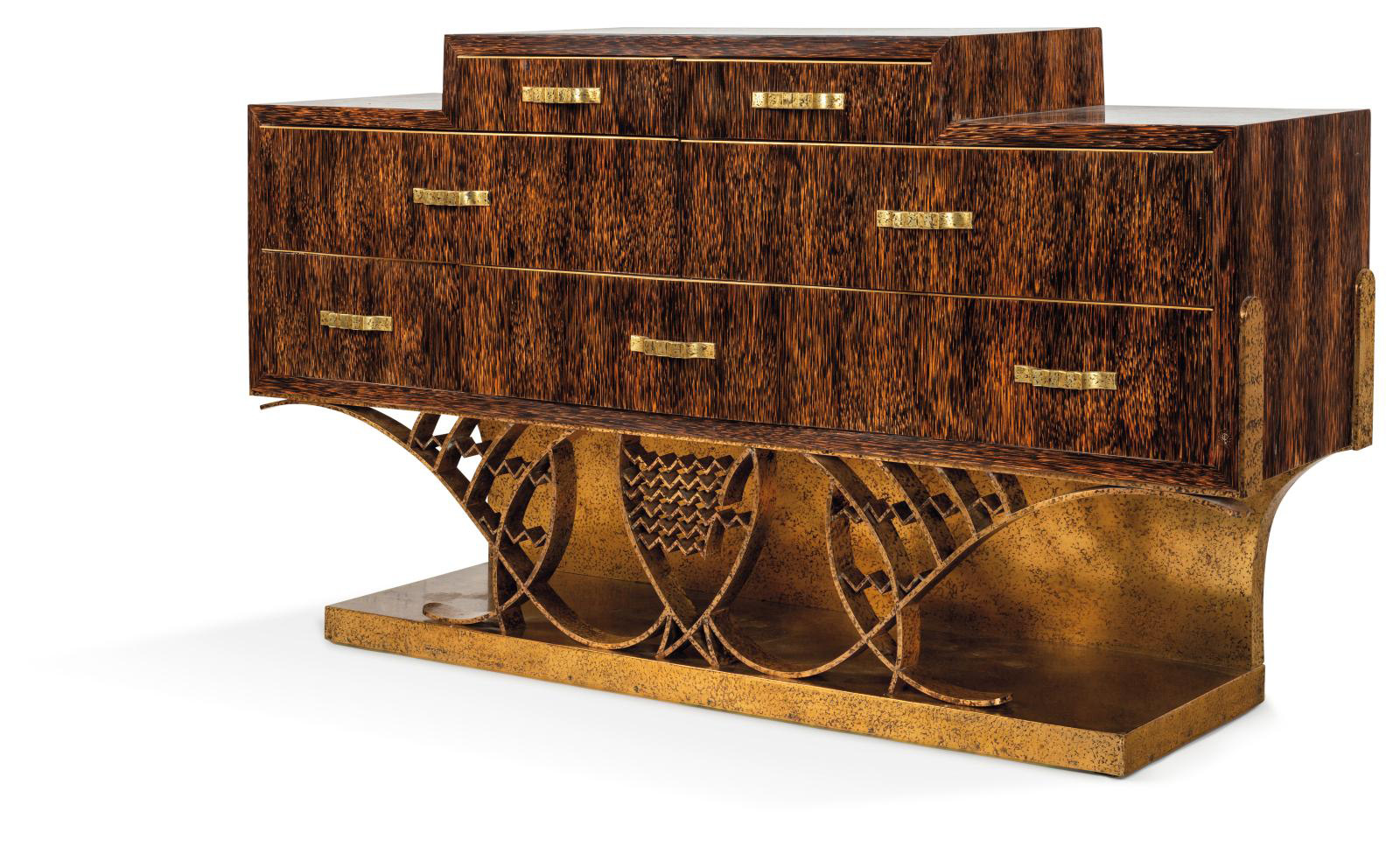 Entitled "Lignes brisées" ("Broken Lines"), this commode is a variant in Patawa palm veneering (a wood from Amazonia) of the rosewood model presented at the 23rd Salon des Artistes Décorateurs in Paris the previous year (1933), acquired in 1936 by the Musée d'Art Moderne de la Ville de Paris and still in the museum's collections. The commode here was bought in March 1934 by some close friends of the artist, Mr. and Mrs. X., for a property whose interior was entirely designed by Eugène Printz (1889-1948). It was passed on to their sons, and has come down to us by way of an inheritance. It was restored about twenty years ago on the initiative of its owner. No components needed to be replaced, as it was perfectly intact. Stamped with the monogram "E.P.", it is typical of his work, with its veneering in palmwood (an expensive and complex wood to work), its functional aspect (a series of seven different-sized drawers), its chevron profile handles and its base with brass volutes and broken lines—not to mention its bold, well-structured shape.

Printz was spotted by Pierre Chareau, who encouraged him to design his own furniture and move away from the copies of Louis XVI and Louis XVIII pieces he had been producing until then at his father's workshop in the Faubourg Saint-Antoine, in Paris. Together, the two men designed furniture that they presented at the 1925 International Exhibition of Modern Decorative and Industrial Arts. This launched Printz on the road to success. His clientele included the financial and industrial bourgeoisie, institutions, well-known figures like Jeanne Lanvin and Marshal Lyautey (for whom he designed offices) and the City of Paris. In addition to his custom-made pieces in ebony, palmwood and kekwood, he produced a few limited collections in walnut or rosewood for more modest budgets— relatively speaking. This piece with its six-figure estimate belongs to the former category.