Pierre Paulin for the Elysée

Do you want to feel like the former French President (1969-1974) and great art-lover Georges Pompidou? Would you like to sit in the comfort of his dining room in the Elysée Palace? Thanks to these chairs, your fantasy could come true! 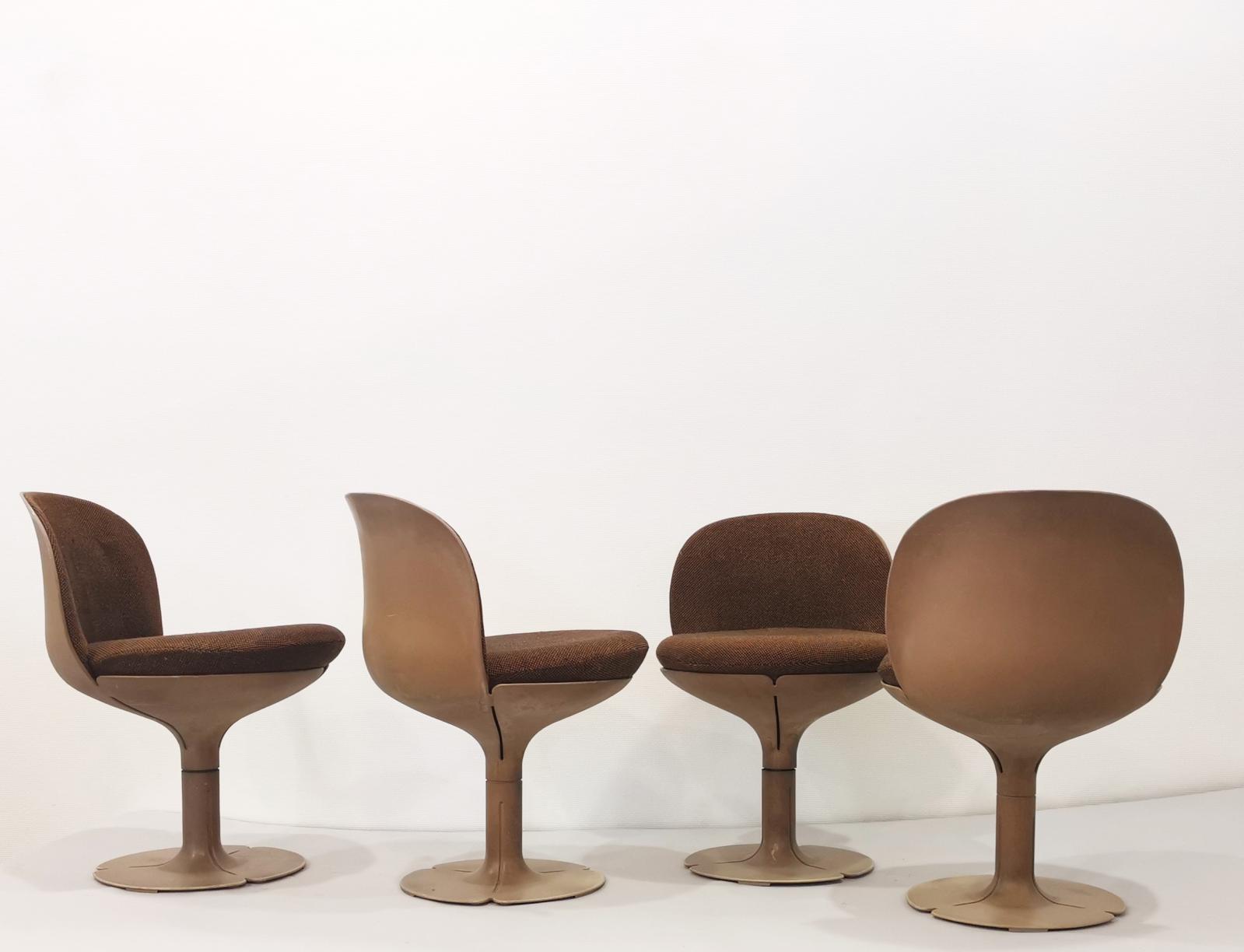 The dining room set, designed in 1968-1969 and completed in 1970 by Pierre Paulin for Georges Pompidou is still in its original location at the presidential palace — on Rue du Faubourg Saint-Honoré, in the 18th arrondissement of Paris. This commission brought the designer the ultimate accolade. The French President wanted to “bring modernity into the Elysée Palace” a task for which no combination of contemporary materials was better suited than this set’s cast aluminum, coated with a matte paint with plastic microbeads — as well as its stylized folding forms.

These four chairs, which come from an early collection in the seventies, will be accompanied at this sale, as at the Élysée Palace, by a round dining room table (h. 72,5 cm/28.5 in; diam. 130 cm/51.2 in) with a cast aluminum base coated with matte paint and a smoked glass top, expected to fetch between €3,000 and €5,000. François Mitterrand also commissioned work from Pierre Paulin (1927-2009), who became one of the leading figures of French design in the second half of the 20th century.

The designer could have become a sculptor like his great uncle, but in 1951 he chose to train at the Camondo School (a Parisian school dedicated to design and architecture), motivated by his taste for contemporary Scandinavian and American furniture. During his career, in collaboration with the manufacturer Artifort, Paulin never ceased to show great imagination. The Ribbon Chair and the Mushroom Chair have become icons, emblematic of the "Pop" years, with their sensual shapes and bright colors that combine new technologies, comfort and fantasy.