The sculptor of the Second French Empire, Charles Cordier, produced a large number of Orientalist busts and statues. Our two master models were used to create emblematic works. 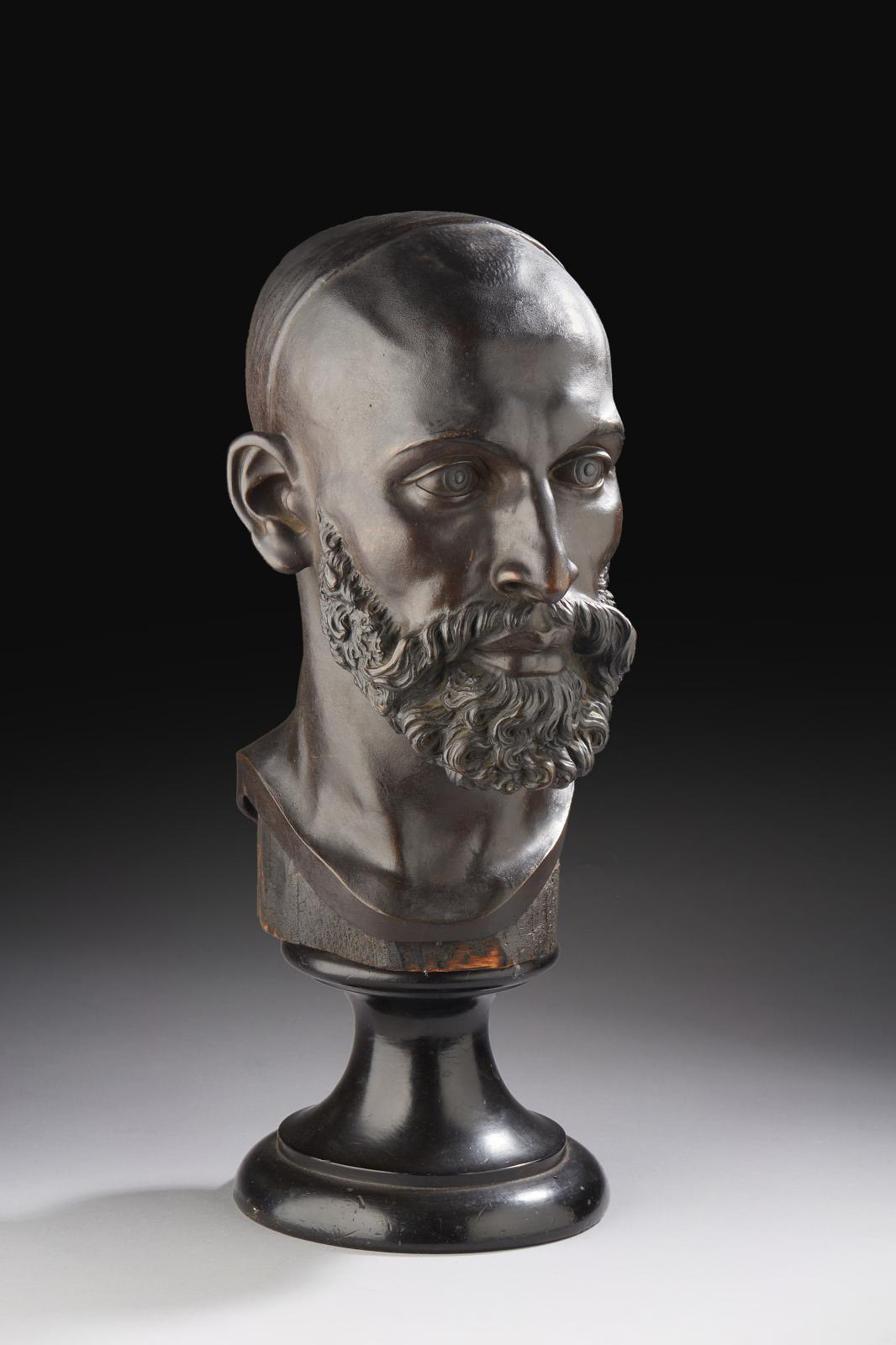 They have not left the artist’s family for over a hundred and fifty years, and we hardly dared imagine their existence: these two master models made by Charles Cordier (1827-1905) were the basis of works that are now on show in museums. Indeed, the Arab of El Aghouat, dressed in a turban and a burnoose in marble-onyx, is currently exhibited at the Musée d’Orsay. The bust of the Arab Sheikh of Cairo is rarer. The bronze models of these busts with a brown patina on their original, blackened wood pedestal, were made during two journeys, the first to Algeria in 1856 and the second to Egypt in 1866. These works were intended to be used as a standard for later replicas and are particularly important in the artist’s corpus because they had to be absolutely perfect. And they are: the casting is of irreproachable quality, and the chiseling and the patina are exemplary.

Charles Cordier may have been only in his early thirties but he had learned perfection from François Rude, the art of sculpting, casting and chiseling. The year before creating the Arab of El Aghouat, in 1855, his two Chinese busts in gilded, silvered and enameled bronze, sent to the Universal Exhibition in Paris, caused a stir. At the Paris Salon in 1857, he returned with eighteen busts, twelve of which were studies of Algerians, most in bronze, which he made in situ thanks to government grants and his own money, giving him a precious independence from patrons. In 1866, he sent an Arab Woman in bronze to Empress Eugénie for her Chinese museum in Fontainebleau.

In search of truth and a naturalistic result, Charles Cordier was not one for rules. He even spearheaded the return of polychrome, which had been banished by classical norms. Against all odds, the work was a great success and sculptor Jean Garnier described his contemporary as a “warrior of beauty”. Our Moorish busts are completely different from the busts which were previously reserved for political and economic figures. The Egyptian Peasant Woman, the Kabyle Harvester, the Maltese Coral Fiisherman and the bust of former slave Seïd Enkess are just some of the subjects that show the risks Cordier took when he produced visionary works. Far from the moral principles to which sculpture was subject at the time, Charles Cordier, as he wrote in 1865, captured “race as it is found in its relative beauty, in its absolute truth, with its passions”, in a humanistic approach that marked his work.