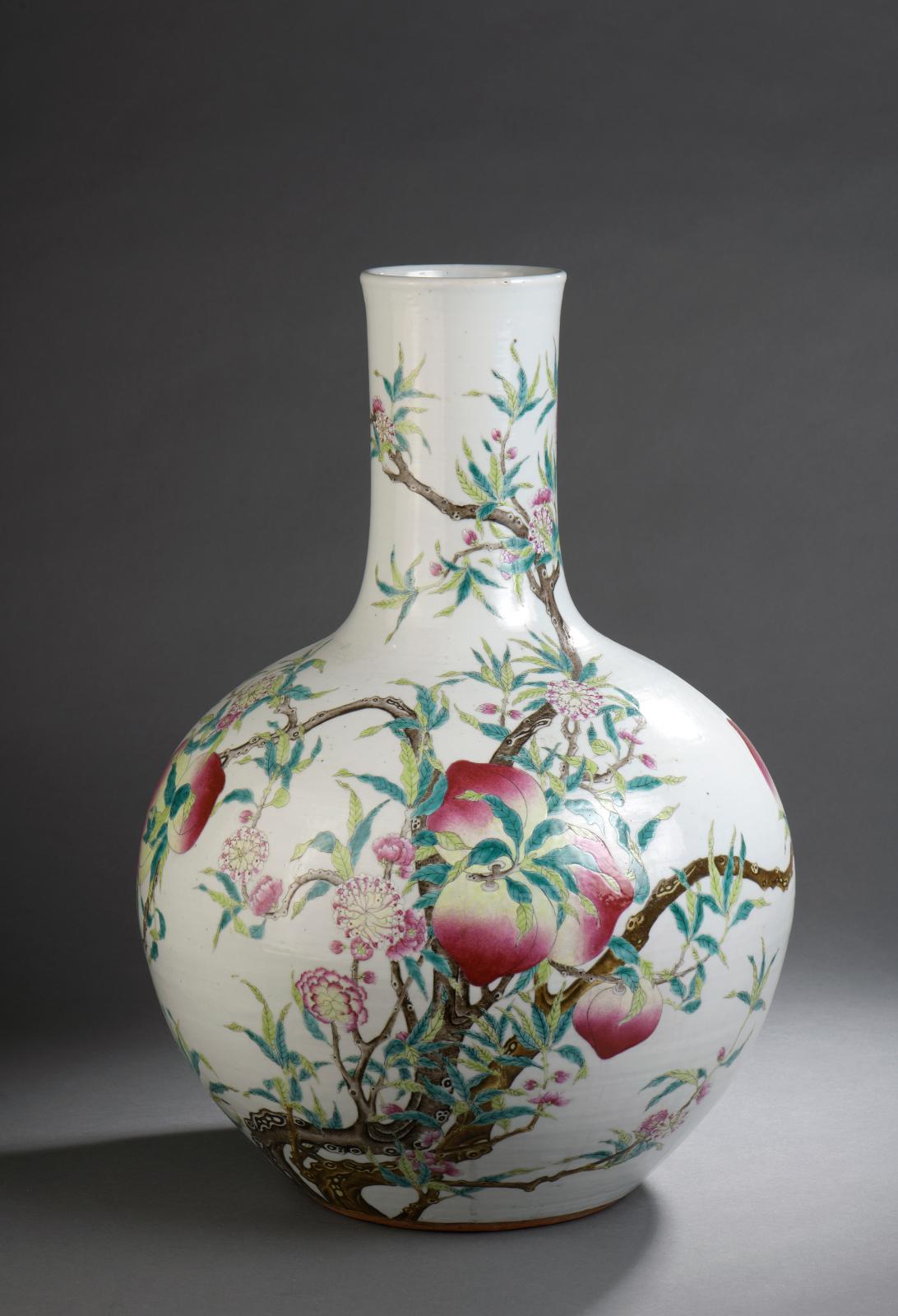 This year, the Hôtel Drouot is joining forces with international auction houses and Paris gallery owners to launch the first Asian week based on the model of its London and New York elders, with institutional support from the Cernuschi and Guimet museums. This new synergy should fire art lovers and sales operators alike. As regards the auction room, Sotheby's alone accounts for three sales (with an outstanding yancai ruyi vase with the Qianlong mark estimated at €500,000/700,000), while Christie's is putting the spotlight on an early 15th century gilt bronze Buddha from Tibet (€300,000/500,000), and Artcurial on an enamelled copper food box that once belonged to the Queen of England (€30,000/50,000). At 9 rue Drouot, the famous Scinde Dawk (an extremely rare Asian Stamp in the form of a paper disc) proposed by Ader-Nordmann at around €8,000 is sure to draw philatelists like a magnet. As ever, porcelain will certainly make a splash, in "Fahua" form (Ming Dynasty, around €50,000) or from the Japanese kilns at Kutani (Edo, €10,000) at Tessier-Sarrou – but there could be a surprise, in the shape of Zhang Daqian with his high price index and his beautiful "court lady" (around €70,000). A quick overview in pictures of this opening edition.

Though adulated in China and the US (which he had resided) – as witness the prices he achieves at auction, toppling Picasso's – the Chinese painter Zhang Daqian (1899-1983) has a far lower profile in Europe. Since 2004, only 17 of his works have gone to auction in France, including three in 2016, of the 648 proposed. This rare painting attributed to his studio is based on the Tang frescoes in Dunhuang. At the start of his career, Zhang Daqian lived in this town for three years so that he could copy its masterpieces, as he had done with the ancient masters Shi Tao and Xu Wei. This delicate "court lady" belonged to a Japanese diplomat, who bought it in 1980. It will be on offer at €50,000/80,000 in a sale that also features scholars' objects, snuff boxes and Japanese furniture.