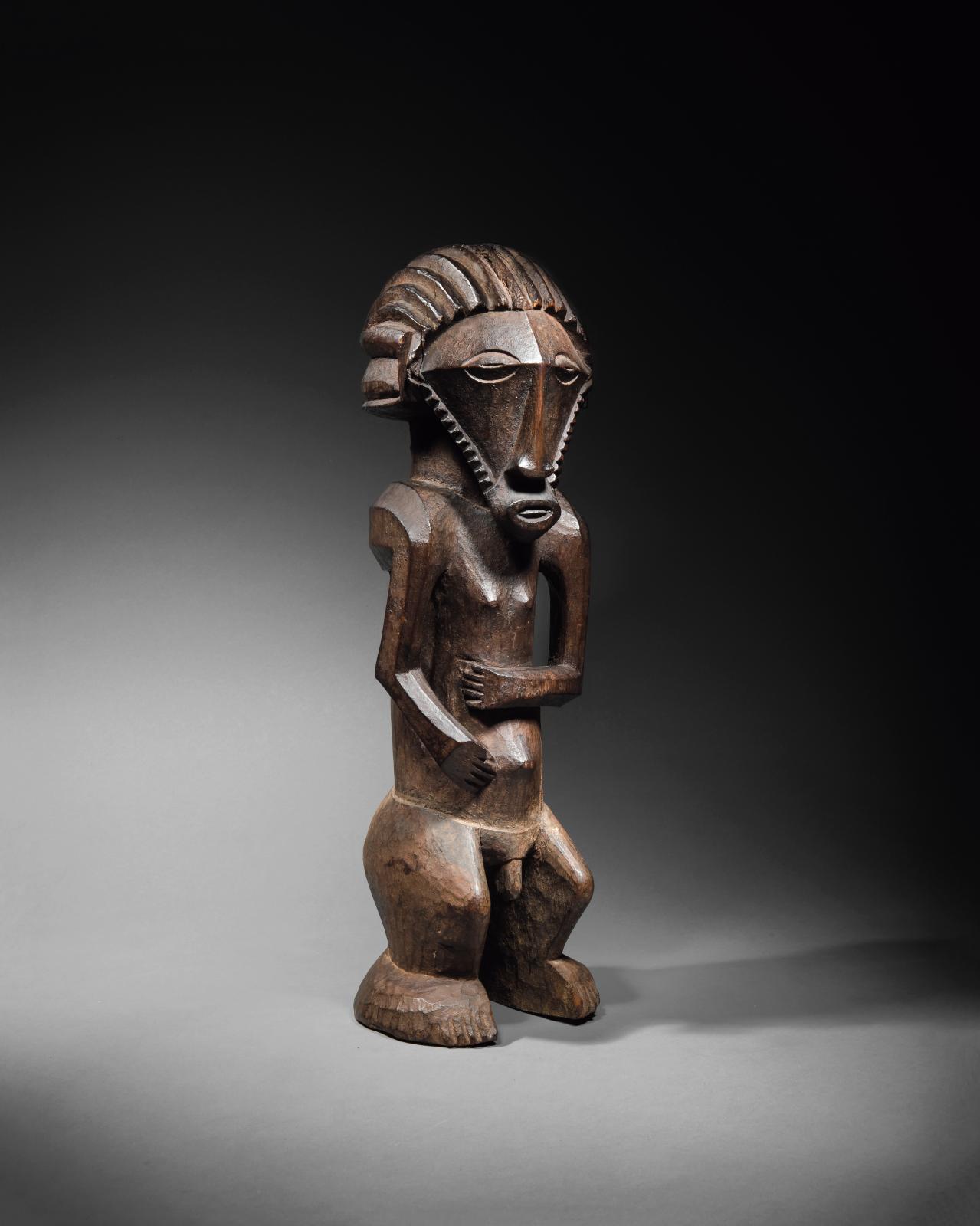 Here we have all the ingredients for a new crop of records: documented origins, unusual ages, and above all prestigious provenances relating the history of great collections of this so-called "primitive" art. Eighty sculptures and objects are on offer from a range of areas including Africa, Arizona, Melanesia, and Polynesia. As they all evoke the rites and beliefs of peoples for whom the sacred was omnipresent, they mainly consist of effigies of ancestors: intercessors between the living and the dead, and channels of a power that had to be conciliated through masks and statues. In the forefront of these remarkable artefacts, we find the astonishing forms of a Bembe ancestor statue (€700,000/1 M: see photo), carved in the 19th century in what is now the Democratic Republic of Congo. This comes from the celebrated New York collection of Gustave and Franyo Schindler. Another American collection represented (hardly a negligible one, either) is that of Nelson A. Rockefeller, who in 1954 founded the Museum of Primitive Arts: the first US museum devoted to non-Western art, subsequently bought by the Metropolitan in 1969. A Yaoure-Baoule mask from the Ivory Coast followed this impressive itinerary before being sold at Sotheby's New York on 22 April 1980. It is striking for an enigmatic serenity somewhat coloured by two disturbing horns (€90,000/130,000). However, most of the other masterpieces come from equally remarkable French collections. One of the largest was assembled by Saint-Germain gallery owner Maurice Nicaud, who in 1953 began bringing back unique pieces from his numerous travels in Sub-Saharan Africa – for example, crests featuring a pair of Tiwara antelopes with their calf from the Bamana region in Mali (€80,000/120,000). Meanwhile, the origins of the Melanesian pieces are documented in a positively scientific manner, like this Iatmul ceremonial carved wooden crook (€350,000/450,000). This, with around fifty other objects, was collected by one Max Thiel, who in the spring of 1909 set out on the "Peiho", a steamship sailing up the River Sepik. We could almost be there.