The Prestige of Imperial Russia

Collectors interested in Imperial Russia will undoubtedly be excited about this sale of decorations, silverware, china, icons and paintings. 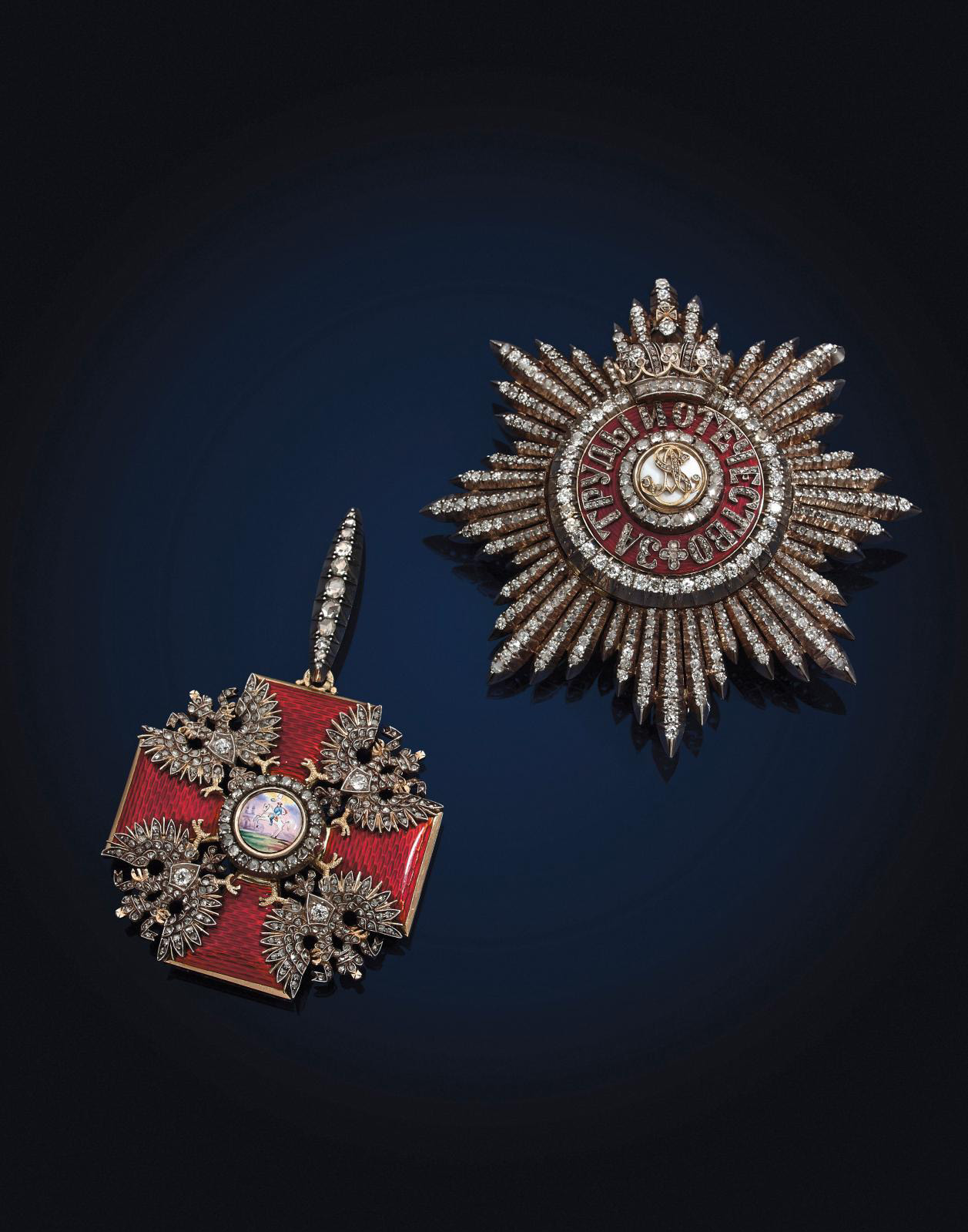 A gold, enamel and diamond Knights of St. Alexander Nevsky decoration set, including the ribbon, red leather case and Carl Blank’s insignia and plaque, is estimated €200,000/300,000 but could fetch more. A complete set including the cross, plaque, scarf, case bearing the imperial arms and diploma signed by Nicholas II including the recipient’s name sold for a record-breaking €2,478,400 at Drouot (Kapandji-Morhange) on June 15, 2011. Russian buyers, who are very fastidious about the provenance and the traceability of pieces, vied with each other in a fierce bidding war.

The Order of Saint Alexander Nevsky was envisioned by Peter I, established by Catherine the Great and was first described in 1797. While lacking its diploma and provenance, our example’s prestige and diamonds make it the nec plus ultra. Saint Alexander Nevsky was not only the third Order created (1725) but also ranked third after those of Saint Andrew and the White Eagle.

The sale also included paintings by Georgian artist Felix Varla (estimated €2,000 to 12,000) and china dishes made at the St. Petersburg workshop, including a pair from the military service commissioned by Nicholas I (€12,000/15,000 each). While his mark is not visible, a paperweight made from a block of black marble inlaid with lapis lazuli and with a chased silver lizard emerging from it (€10,000/15,000) is attributed to Carl Fabergé (1846-1920). Several similar models are known, including one featuring two lizards standing out against a ground of intense blue lapis lazuli from the Baikal. It belonged to Empress Maria Feodorovna and was kept in the Peterhof Palace. The morning session focused on icons, starting with The Exaltation of the Lord’s Cross, a tempera painting on a gold ground (Nevyansk School, c. 1800). It was commissioned by Grigory Zotov, a Ural industrialist who owned factories where the working conditions were so bad that they sparked uprisings and led to a trial. He was sentenced to death but received a pardon from Nicholas I. Zotov commissioned the icon in grateful memory of the czar’s gesture (€4,000/6,000).