This auction of furniture from a Norman château attests to Émile Gallé's ability to create furniture with all its decorative features, like future designers. 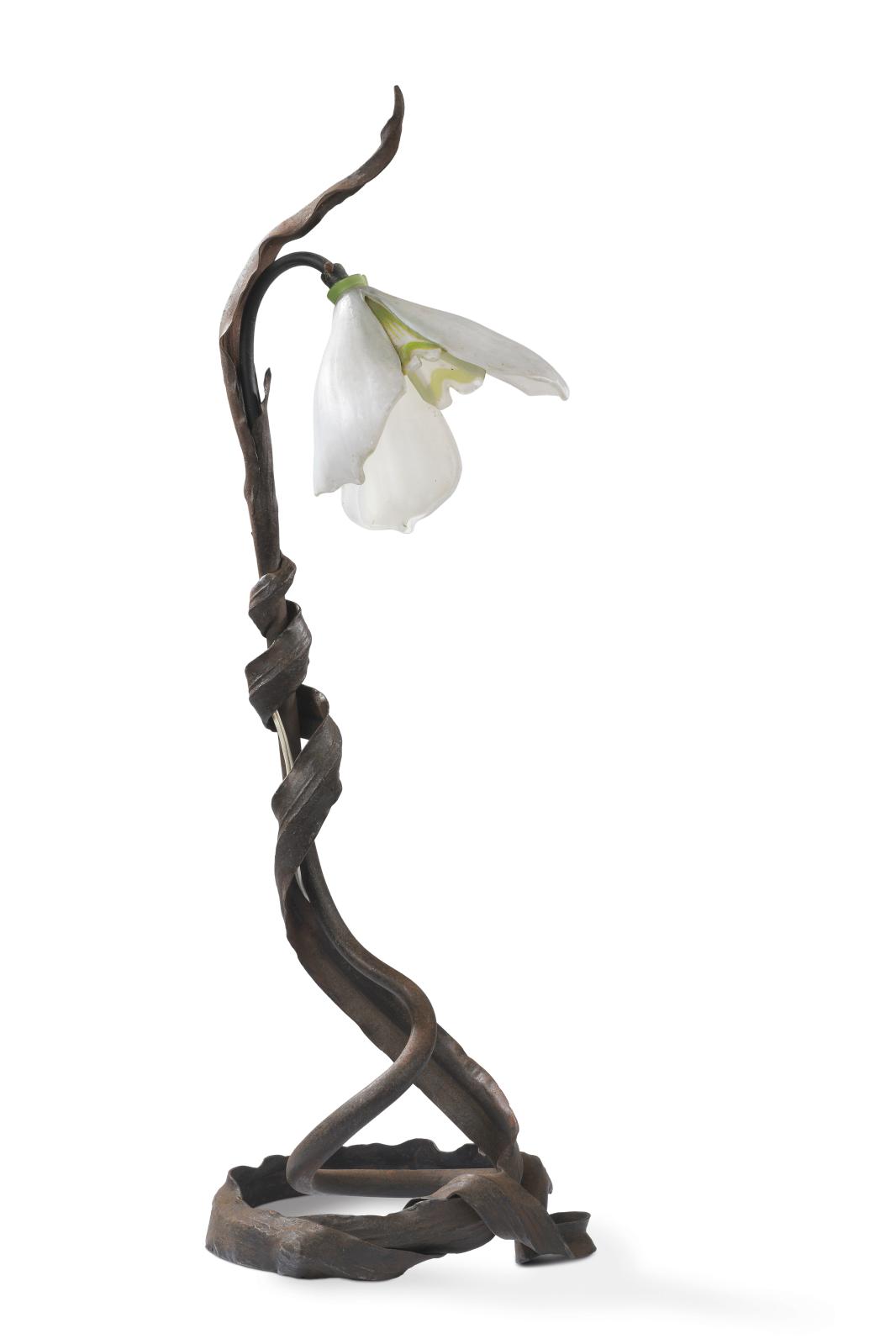 This auction acquaints us with Émile Gallé the decorator. Did he often design such large sets?
Gallé designed bedroom and dining room sets, such as the dining room furniture for Henry Vasnier acquired by the Reims Museum of Fine Arts in 2013. He also made the bedroom and dining room furniture with umbel motifs for Édouard Hannon’s Art Nouveau mansion in Brussels. The latter is now on display at the  Musée des Arts Décoratifs in Paris, while the bedroom is at the Ecole de Nancy Museum. Both were gifts from Hannon’s descendants. The bed is based on the same model as the one in the auction. Here, Gallé mixed several models: furniture with umbellifer motifs, a "sea holly" commode, nesting tables with crocus and wisteria motifs and a “snowdrop” lamp.

Was that common for him?
The Ecole de Nancy advocated unity of form, decorative theme or colour in a room’s design as well as furniture and interior decoration. Gallé was very meticulous about matching form and decor. I think that here the diversity of models must have been at the request of the client, who chose pieces and objects with different subjects.

In the collective consciousness, Émile Gallé is more a glass artist than a cabinetmaker. Did he favour one area over another?
No. Gallé was already a ceramicist and glassmaker when he decided to become a cabinetmaker in 1884. Frustrated that his furniture was not receiving the recognition he felt it deserved, around 1900 he asked some art critic friends of his to promote it. He even wrote an article entitled "Le Mobilier contemporain orné d'après la nature" (“Contemporary Furniture Decorated After Nature”). But more than anything else, he has always been deemed a great glass artist, even during the long stretch lasting until the 1960s when Art Nouveau was out of favour.
art nouveau, art déco, verreries et meubles par Émile Gallé
Salle 9 - Drouot-Richelieu - 9, rue Drouot - 75009
Daguerre
Info and sales conditions
Catalogue
Salerooms
News feed
See all news
Hauser & Wirth launches a donation fund: #artforbetter
Moscow’s Garage Museum of Contemporary Art's digital platform is much more than a museum online
The Museum of the Bible’s boards chairman will return 11,500 antiquities to the Middle east
Frieze New York announces total refund to its 200 planned exhibitors
Not to be missed
Pre-sale
Boy with a dog
This presumed portrait of Napoleon Bonaparte's great-great-nephew…
Pre-sale
Engraved treasures from the Marcel Lecomte collectio…
The sale at Drouot of a collection assembled by this leading Parisian…
Pre-sale
Roses, roses all the way…
Although unsigned, this Art Deco pendant combining precious and…
Pre-sale
With bare hands
This Nude with crossed hands is one of the very few carved wood…