A Work that Brought Chana Orloff and Jean Paulhan Together

This cement sculpture from the collection of Chana Orloff’s friend Jean Paulhan attests that portraiture was her favorite genre. 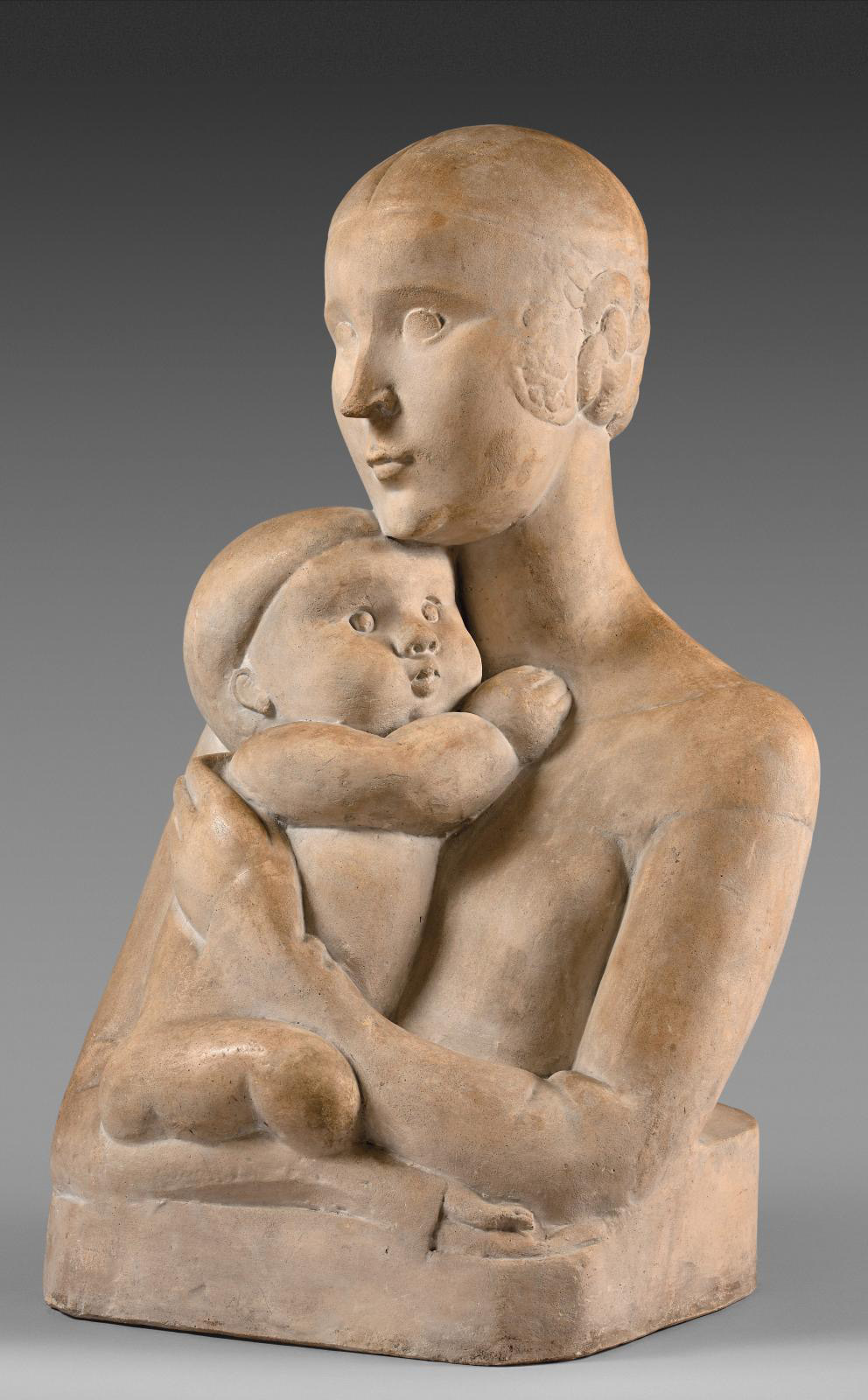 In the 1920s Chana Orloff (1888-1968), who was born in Ukraine and moved to France in 1910, became one of the most sought-after portraitists in Paris. Everybody who was anybody in the City of Lights wanted to have their busts sculpted by the artist, whose fashionable style combined academic tradition, smooth planes and simple forms—quite an achievement for a woman who started out as a seamstress with her family in Palestine. After moving to Paris she worked for the Paquin House of haute couture. But that was not her real calling. She ranked second in the 1911 competitive entrance examination for the École des Arts Décoratifs and attended Marie Vassilief’s school.

At the time, Paris, especially Montparnasse, was the ideal place to develop her artistic talent. A community of friendly competition emerged when many foreign artists arrived, including Picasso, Foujita and Modigliani. Orloff’s first sculpture was a bust of her grandmother made from a photo. She and her husband, poet Ary Justman, quickly became part of the avant-garde. In 1925, she had architect Auguste Perret (1874-1954) build her residence-studio in the heart of the Villa Seurat (a Parisian street in the 14th arrondissement famous for its modern architecture), and soon she was exhibiting in New York. Then the war broke out. As a Jewish woman, her life was in constant danger.

Among those who helped Orloff were her founder, Rudier, who saved many of her works; a high-ranking civil servant who warned her of imminent arrest; and writer, literary critic and Resistance member Jean Paulhan, one of her most ardent admirers and collectors. This bust has been in his family until now. Based on a 1924 model, it was made in smoothed cement but is better known in bronze, terracotta or marble. It must have been a personal gift from Orloff to Paulhan. “Dear friend,” he wrote to her. “It is impossible to part with your statues. You cannot imagine how much their power, but also their sadness, has stayed with us.”

Art Moderne
Cannes - 20, rue Jean-Jaurès - 06400
Cannes Enchères
Info and sales conditions
Catalogue
Newsfeed
See all news
David Hockney’s Design for the London Subway Is Mocked Mercilessly Online
Mixed-Media Artist Robert Longo to be Represented by Pace Gallery after Metro Pictures Closure
Submissions Open at ETH Zurich for Scholarly and Experimental Articles
Latinx Art Expert E. Carmen Ramos is Appointed National Gallery of Art’s Chief Curator
Not to be missed
Pre-sale
Love Through the Eyes of Boucher and Watteau
The top results of this classic sale could be posted in the early…
Pre-sale
Cartier's "Mystery Clock"
This monumental Art Deco timepiece in rock crystal, onyx and marble,…
Pre-sale
The Style of French Architect Charles Percier
One of Charles Percier's earliest drawings, which he made in Rome…
Pre-sale
Into Outer Space with Kuramata
t his Solaris cabinet with an airy base again proves that lightness…