When he came to France at the age of 35, the Chinese abstract artist immersed himself in lyric abstraction, winning international recognition with paintings that distilled influences at the crossroads of cultures. 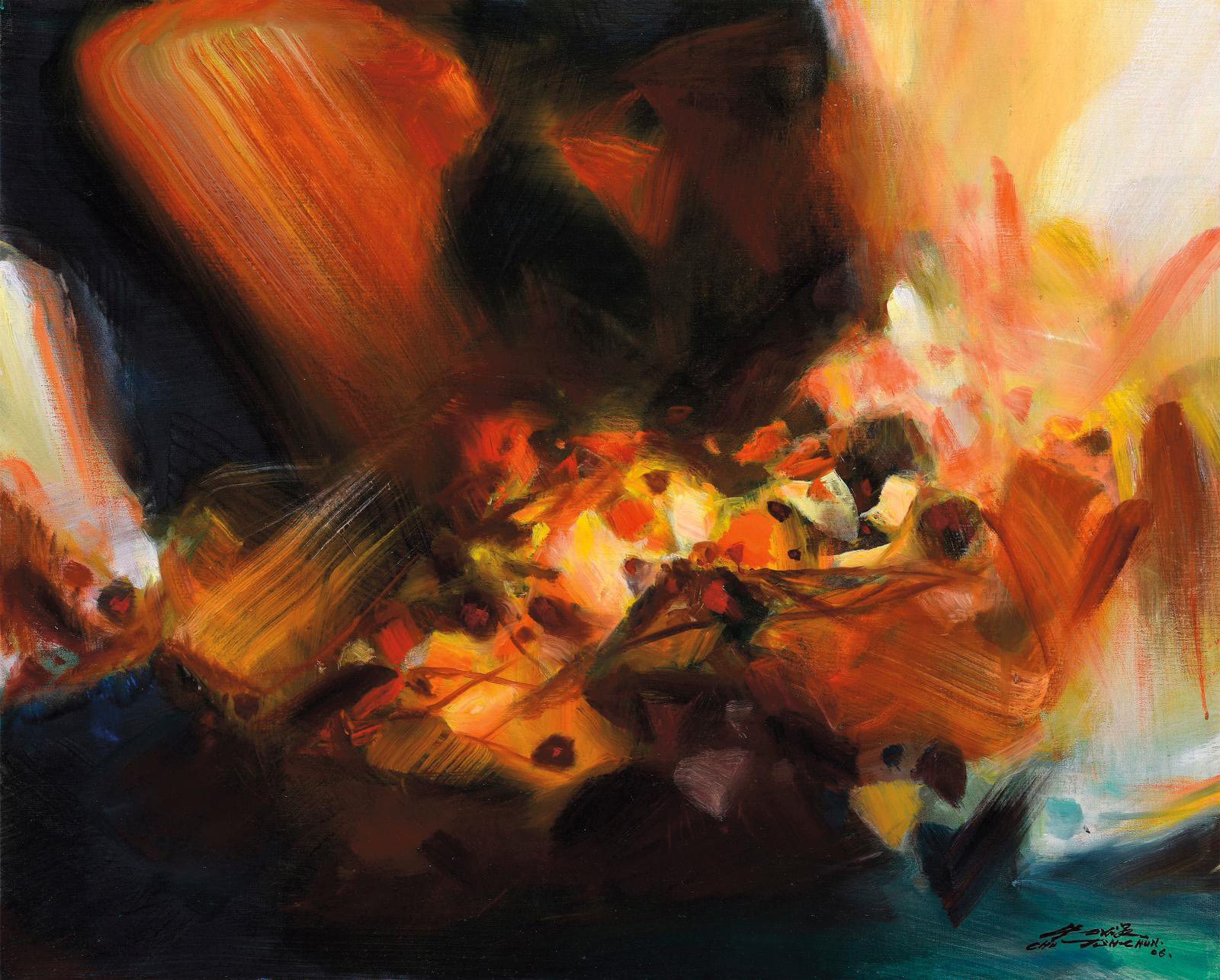 Chu Teh-chun is one of the market's most successful painters. He even climbed to seventh place in the Artprice 2021 ranking, just behind his compatriot Zao Wou-ki, thanks to the sale of his triptych Harmonie hivernale (Winter Harmony:1986) for $29.5 M at Sotheby's in Hong Kong on April 18. A major figure in lyric abstraction, the Franco-Chinese artist produced À bon port (Safe Haven) during the last years of his career, in 2006. At 86, he worked at the Sèvres Manufacture, where he executed models inspired by Chinese porcelain, combining white with the cobalt blue of Persian ceramics and the gold of Europe's royal tables. His in-depth knowledge of Chinese calligraphy guided his painting, despite the way he shattered forms. "He was a fantastic colorist. He painted with broad, controlled movements—much more slowly than French artist Georges Mathieu (1921-2012)! Only the last, definitive gesture was rapid, and gave the brush the shape of a comma," said Yvon Chun in 2015 at the exhibition of his father's work he staged at the Monticelli Foundation in Marseille.

The painter spent part of his life in Marseille, where he had landed on May 5, 1955, after leaving Taiwan on March 29 of the same year. China continued to haunt his works. Red, the color of luck in China, made its appearance with the broad brushstrokes, clearly visible on the canvas, inherited from the lyric abstraction that took root in France in the 1950s. Lin Fengmian's teaching at the Hangzhou School of Fine Arts, where Chu Teh-chun studied alongside Zao Wou-Ki, was certainly an influence here.

In 2010, four years after the completion of À bon port, the National Museum of China in Beijing devoted a retrospective to him. In terms of the market, one of his works was sold for nearly $10 M in 2013 (the 1963 Untitled at Christie's Hong Kong) and his prices soared after his death the following year.

Print the article
Newsfeed
See all news
Moulin Rouge Windmill in Paris Becomes Airbnb Rental to Celebrate its 133rd Birthday
China: Discovery of the Oldest Portrait of Confucius
A “Pop District” is Coming to Pittsburgh
The Met Collaborates with World Monuments Fund for New Digital Resource
Not to be missed
Pre-sale