An Indian in New York 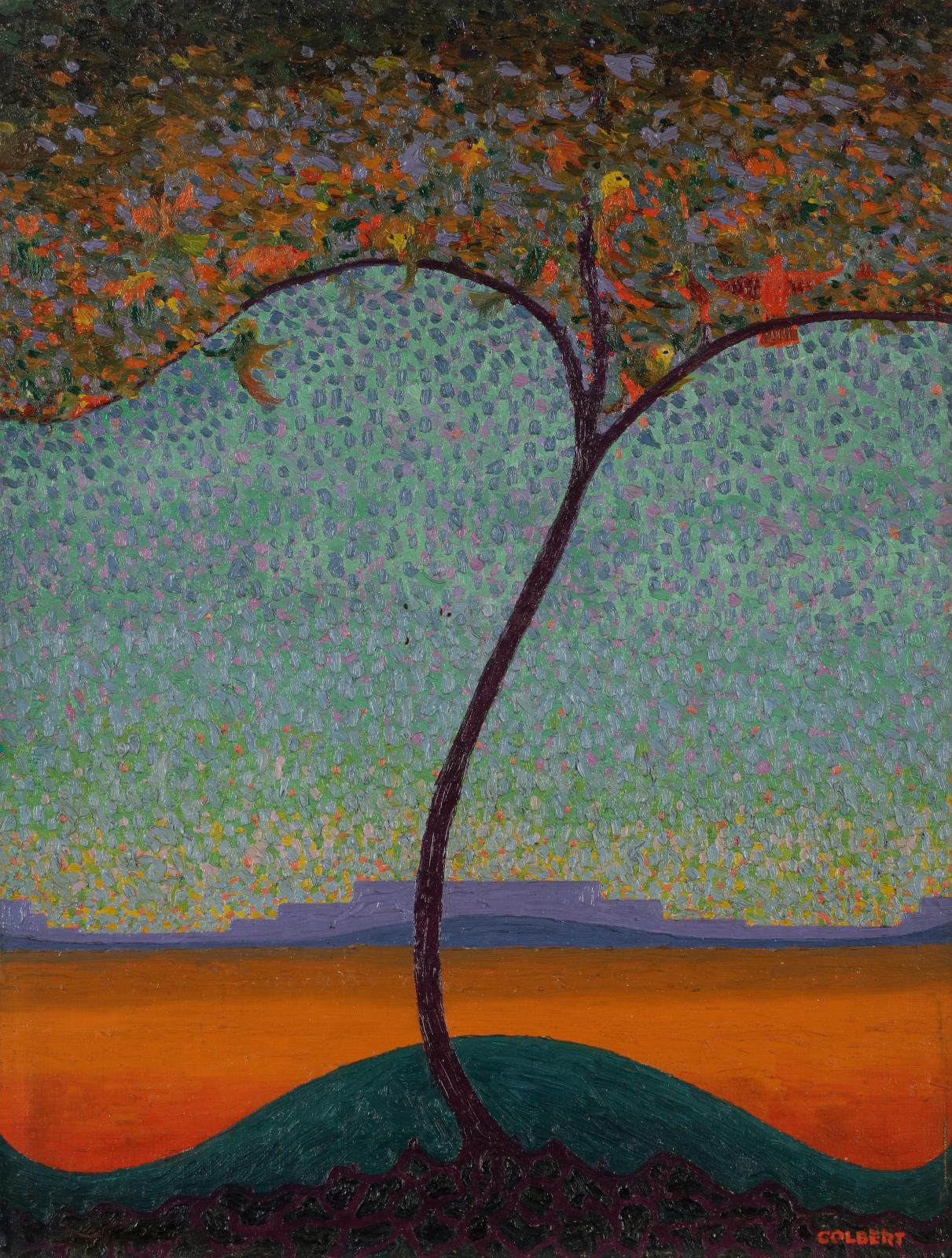 Frank Overton Colbert, who came from a family of Chickasaw chieftains, was a follower of the New York and Paris modernist movements. His work was influenced by the myths of all the different Amerindian peoples, as witness this oil on canvas board, up for sale at Drouot with six other works by the artist: a remarkable group from an American collection. Here Colbert mingles several American Indian creation legends. At one point, the "Great Spirit" looked around him and saw… nothing. The silence and darkness had to be transformed to welcome light and life, so he got to work, bringing land out of the water and modelling high mountains and deep valleys. Seeds germinated, and birds ranging from the majestic eagle to the sparrow were created as intercessors between the heavenly spirits and the coming race of men. Overton Colbert was familiar with this American Indian creation story. His family provided numerous chiefs to the Chickasaw people, and their second elected governor. His name came from a Scottish-born Frenchman, William de Blanville Colbert, who emigrated in the 18th century, founded the village that bears his name and married the chief's eldest daughter. Enlisted in the Navy during the First World War, Frank Overton Colbert moved to Greenwich Village, a New York district that attracted all the avant-gardes of the time, including Holger Cahill, the founder of the "Inje-Inje" movement (a kind of American-style Dada). Colbert was one of the artists exhibited by the Whitney Club Studio and the Architectural League. The Montross Gallery staged three of his solo exhibitions, including one in January 1923, "Indian Folklore Pictures", which featured this work as no. 20. The same year, the painter and his wife Kate London went to live in the effervescent Montparnasse area in Paris. They returned to New York in 1926 with their son Robert. Shortly afterwards the artist developed the first signs of mental illness, which led to his divorce. In the early 1930s he moved to San Ildefonso Pueblo, near Santa Fe in New Mexico, where he lived until he entered a psychiatric hospital in 1941.