Gérard Schlosser painted this canvas, no. 33 in his catalogue raisonné, in 1964, early in his career. It signaled a turning point in his work. 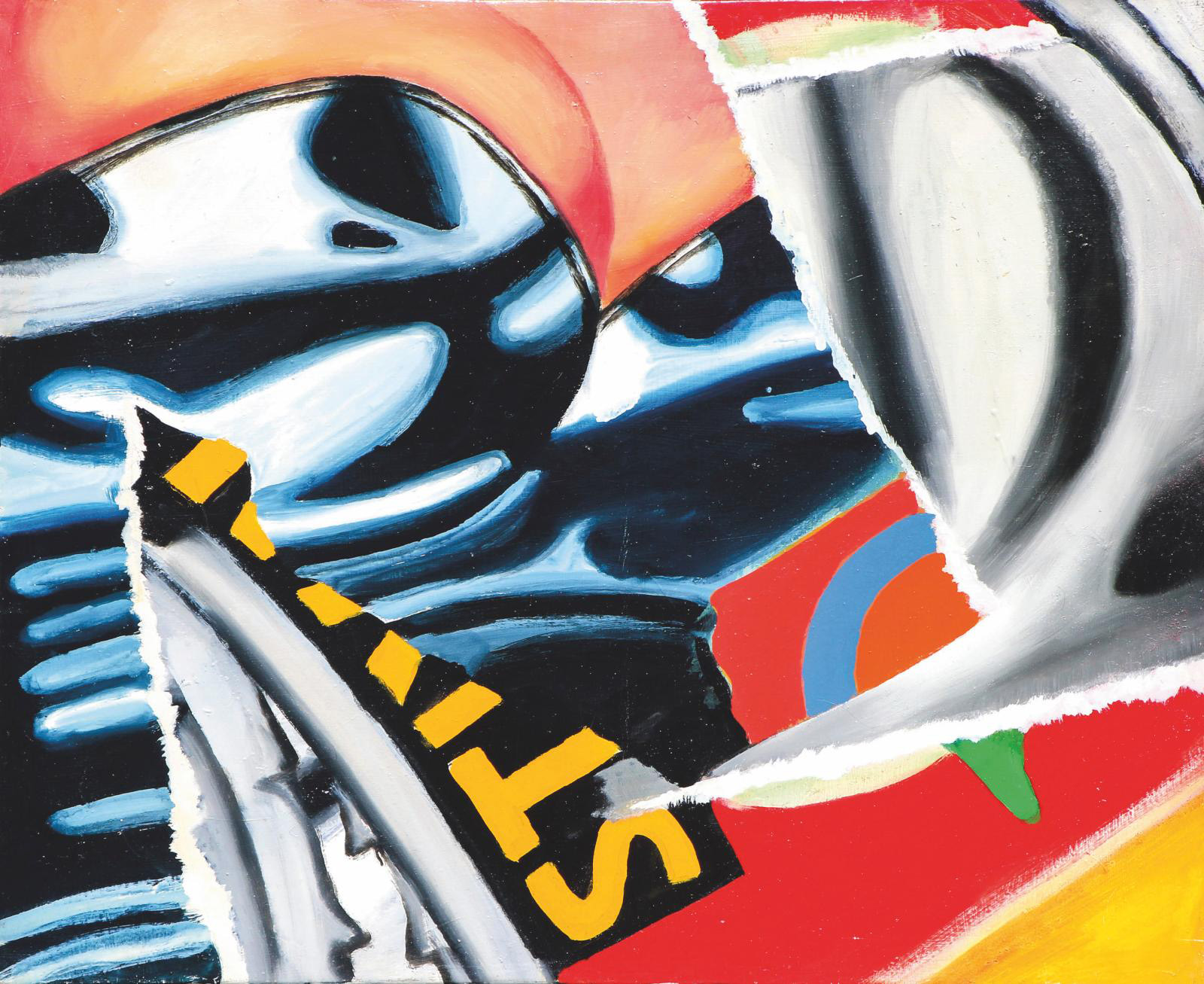 Unlike two other Gérard Schlosser works presented at this Cannes sale—Si tu savais où ? (What If You Knew Where?), estimated €12,000/15,000, and Juste là (Just There, same estimate), dated 2018 and 2013, respectively—Boîtes VI (Boxes VI), from 1964, is an early painting. From 1948 to 1951, the Lille-born artist studied at the École des Arts Appliqués de Paris to become a gold and silversmith, but at the same time, he was interested in sculpture before turning definitively to painting after experiencing an epiphany while watching Beckett’s play Waiting for Godot in 1953.

From the outset, his work naturally fit into the narrative figuration movement, even before this became organized around 1964. This new generation of eclectic artists rebuked their abstract elders for turning their backs on social reality and, therefore, their own public. They shunned the idea of “art for art’s sake”. Instead, they argued, art should again reflect everyday life, which the intrusion of modern inventions such as television, advertising, cars, film and comics was changing at breakneck speed. Schlosser wanted his paintings to speak to people and tell their stories. Until the early 1970s, before using photography in his work, he drew his paintings. His ideas came from his models or from simply observing a scene. Realism, if not hyperrealism, was at the heart of his work.

In the Boxes series, Schlosser abandoned pure black and white works, instead of integrating color into his works, which now bore the stamp of his unmistakable style. His figures are fragmented yet possess a strong, imposing physical presence and are associated with everyday things in order to question consumer society. This "Box" marks a key turning point in Schlosser's artistic practice.