Conor Harrington is fortunate to be able to express himself on walls around the world, but his work seldom goes under the hammer on this side of the Channel. 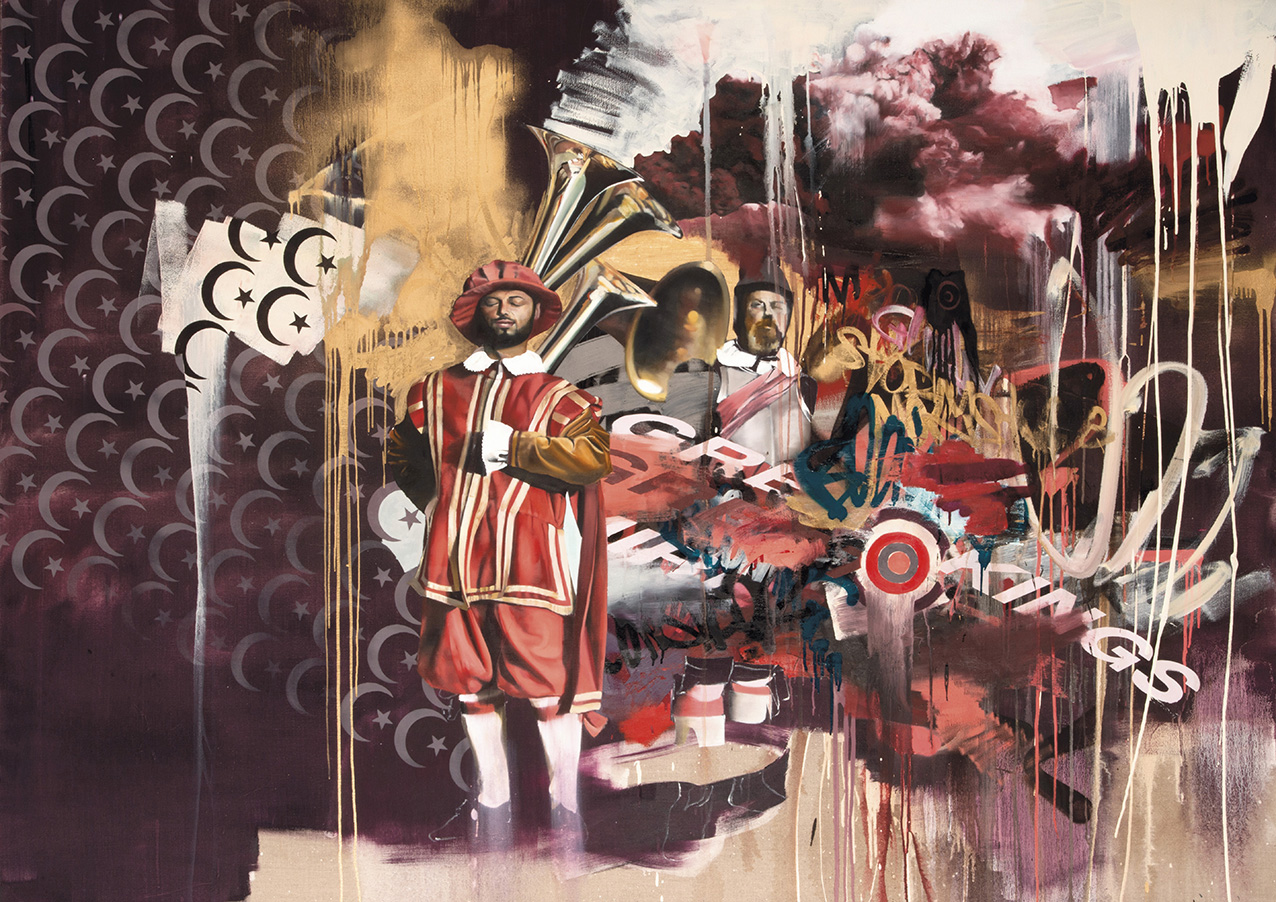 This large work is representative of Conor Harrington's style: a fusion of classical painting and street art reflecting his interest in Renaissance artists and the great masters of expressionism. Man is omnipresent in his baroque, phantasmagorical world, a reinterpretation of past wars.

“I was in Bethlehem and Jerusalem earlier this year and it looks like the Middle East/US/West/Terrorism/Jihad saga is going to go on forever and ever and ever, so I thought this was the right time to stick my oar in […]. I’ve also been reading up a little on the Crusades, so these paintings are something to do with them," says the native of Cork, Ireland. This composition is one of five pieces created for the 2010 show "Hell's Half Acre" at the Old Vic Tunnels in London. The installation’s theme was Dante’s Divine Comedy. Everyone was free to do what they wanted with it.

URBAN CONTEMPORARY ART - SALE HELD BEHIND CLOSED DOORS
Vente Live à huis clos - Vente Live à huis clos - 75009
Digard Auction
Info and sales conditions
Catalogue
Newsfeed
See all news
White Cube: A film and “reverse gentrification project” in D.R.C.
Pictish Royal Hillfort Excavated in Scotland
Denise Gardner: First Black Woman to Lead Art Institute of Chicago Board
Major Works by Self-taught Artists Given to High Museum of Art
Not to be missed
Pre-sale
A Beautiful Gemstone
As this necklace mounted by Van Cleef & Arpels in the 1950s-1960s…
Pre-sale
The Eclectic Taste of a Senator
Lozère's senator, Paulin Daudé-Gleize, was well ahead in the decorative…
Pre-sale
Oscar Niemeyer: The "Poet of Curves"
Designed in the 1970s, this chair, combining metal and fabric upholstery,…
Pre-sale
Albinus and the Art of the Book
Celebrated for its magnificent illustrations, Bernardi Siegfried…