Reality takes on another dimension with Jean Fautrier: that of emotion reconstructed through material 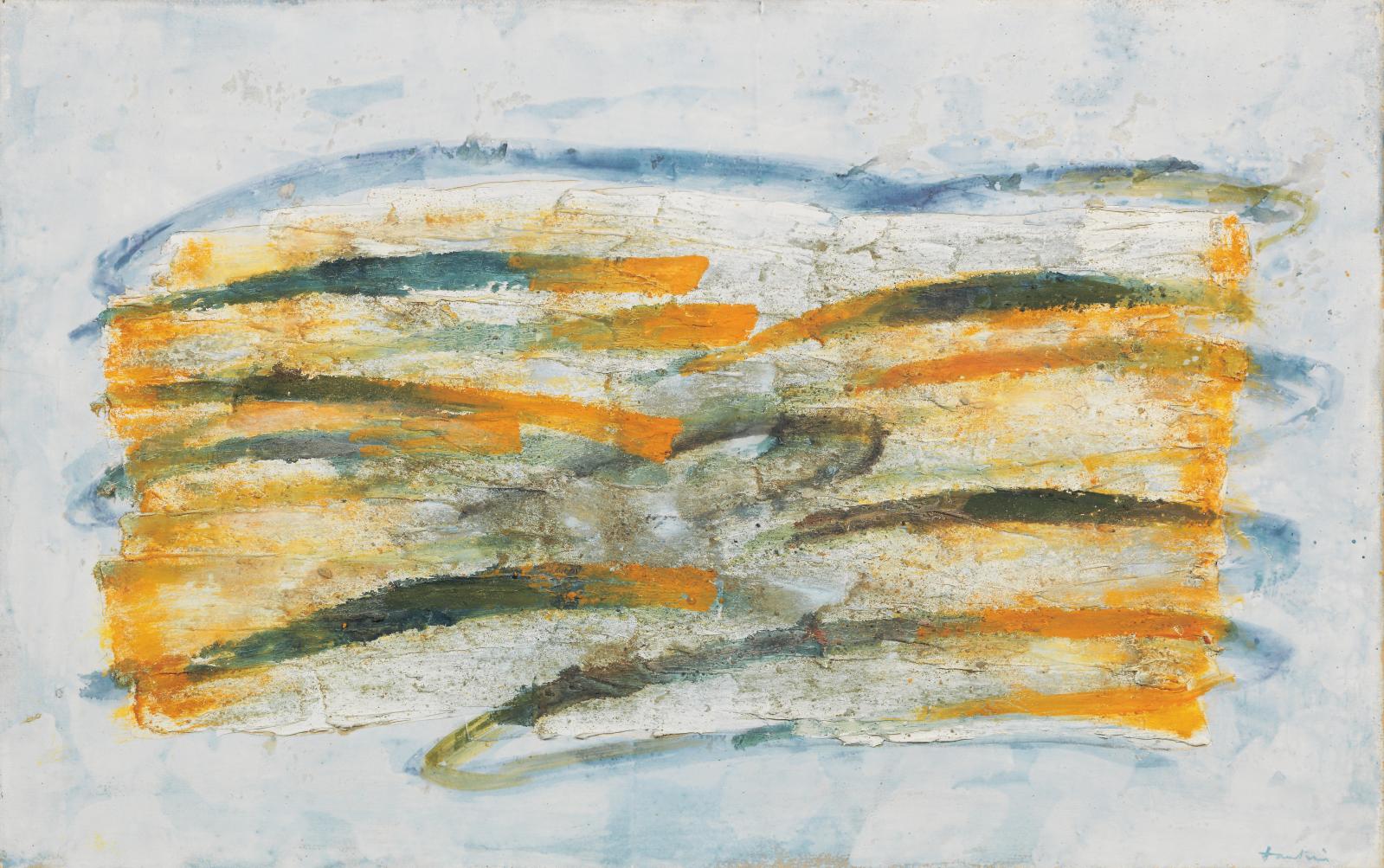 "Informal" was the term used by French critic Michel Tapié to describe the work of artists from all kinds of background featuring in his 1952 book Un Art autre (Art of Another Kind). Their abstract works were all imbued with a certain lyricism, obtained through not only the energy or spontaneity of the gesture but also the working of the material. This aspect was particularly important for Jean Fautrier, considered the movement's forerunner and its most influential exponent. And yet he did not see himself as an innovative thinker, asserting simply that he had always sought the means to achieve what he called "liberated figuration". Like most of his compositions, this Écran, where the attention focuses on the centre of the piece, shows how important he considered the perception of a work. He painted this picture shortly after the accolade he received with the international prize for painting at the Venice Biennale, where he was the guest of honour in 1960. Hans Hartung, also well-known for his contribution to informal art, received the same prize that year. He will be represented as well this day with an acrylic on panel painted twenty years later, T1980-E32, estimated at €150,000/200,000.