Georges Guyot’s sensitivity and keen powers of observation allowed him to make his mark on animal sculpture alongside Barye, Frémiet, Pompon and Bugatti. 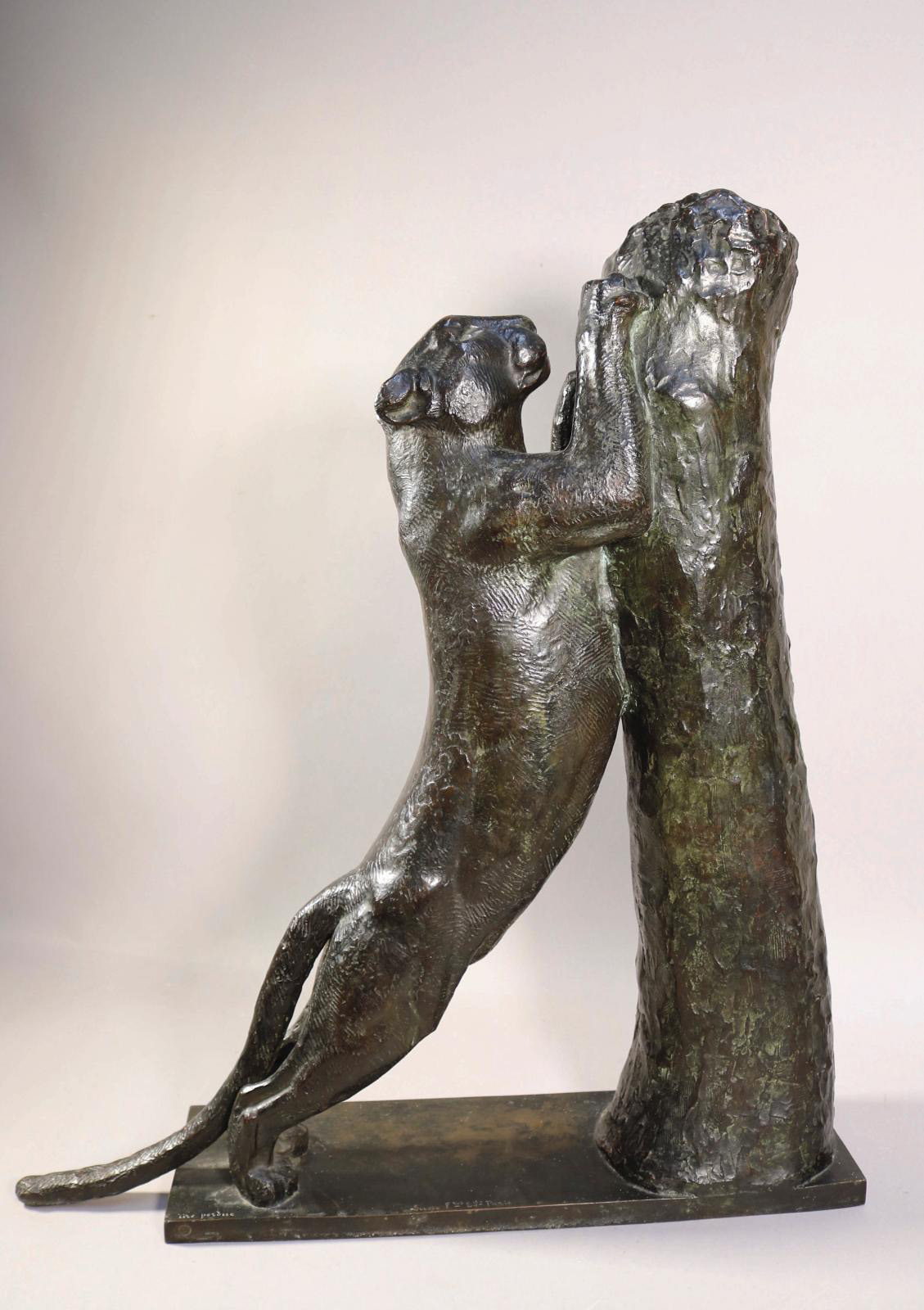 Throughout the Renaissance and the baroque periods, animal sculptors focused on horses. In the 19th century, the discovery of new worlds and species opened up their horizons. Traveling became easier, especially to North Africa, and zoos opened in major capitals like Paris, where Bernardin de Saint-Pierre had the Jardin des Plantes menagerie created in 1793. In the early 20th century, it became animal artists’ favorite place to work. Parisian Georges Guyot was one of them. He enjoyed going there to carefully study the big cats, bears and monkeys and transcribe their profound character and specific instinct in his sculptures. Wild animals replaced horses, and big cats captured the imaginations of artists and collectors over any other species. It is no coincidence that Guyot’s most sought-after works are Panthère humant (Sniffing Panther) and Panthère aiguisant ses griffes (Panther Sharpening Its Claws).

Coming from a modest background barred him from attending a great art school, so Guyot humbly began his training as an apprentice wood sculptor, perfecting his skills alone by copying old works and observing animals from life. He soon moved to the Bateau-Lavoir, the historic residence and meeting place for artists, on rue de Ravignan in Paris, remaining there for 52 years. In the early 20th century, the tireless worker sent his first sculptures to the Salon des artistes français, but his career did not really come into its own until after the First World War, with several shows at the Salon des Indépendants and the Salon d'Automne. Despite the vogue for animal sculptures at that time, Guyot’s first solo show was not until 1970, when he was 85.