Prelude to victory for classical antiquity

Two rare statues – a first-century BCE bronze of Hermes and an early fourth-century BCE Attic krater – will play the leading roles in this Toulouse auction. Keep an eye out for these rarities! 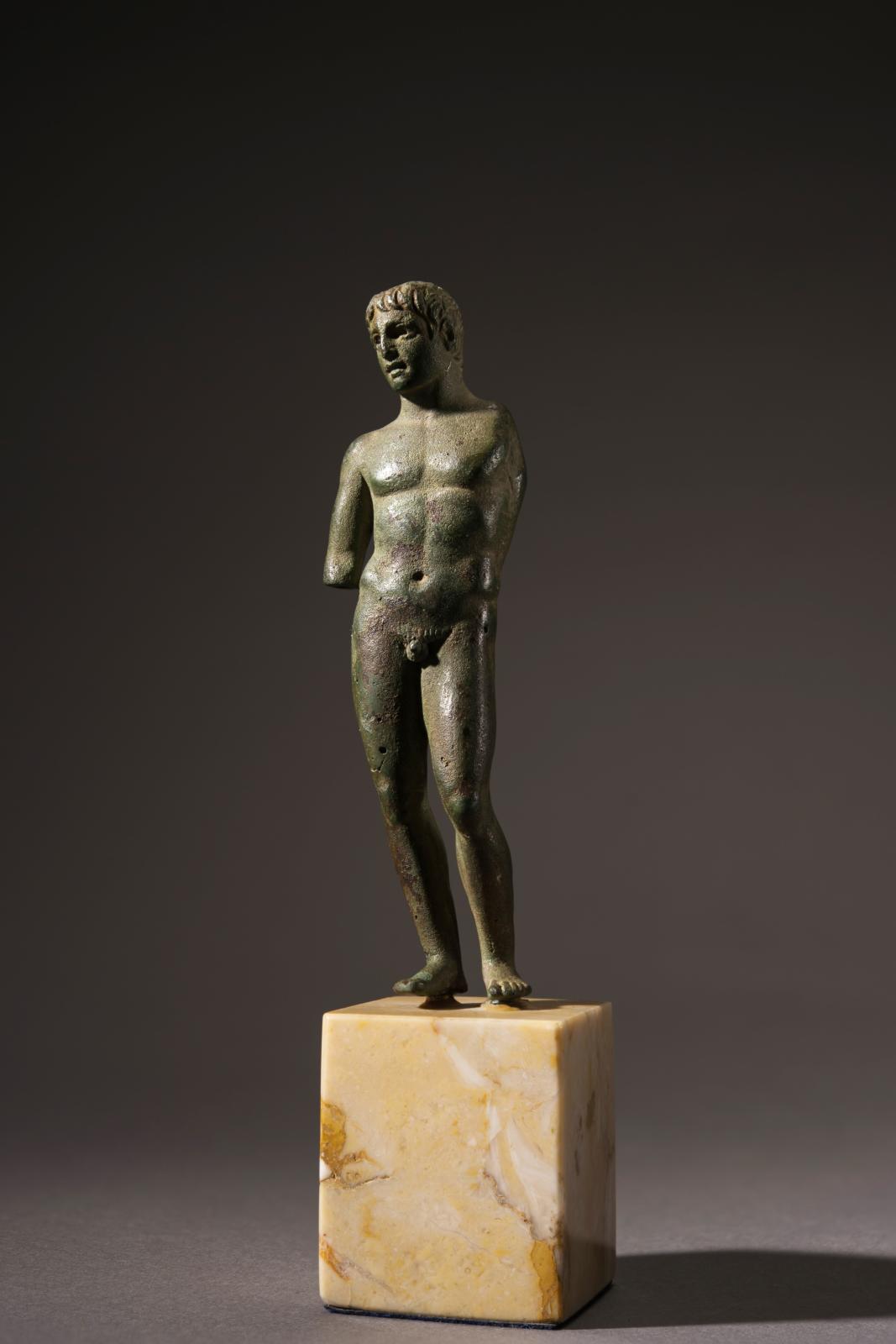 Provenance and pedigree are very important in archaeology. Collectors won’t be disappointed by this bronze depicting Hermes unearthed by archaeologist Raymond Lizop at Saint-Cizy in Haute-Garonne in 1920. He focused on this area, which had many beautiful Roman houses. The statuette belonged to the landowner and her descendants until being sold to its latest owner in 1983. A collector’s item, it boasts the flawless beauty of Polykleitan athletes.
This early fourth-century BCE Attic krater features all the elegance and artistry of red-figure pottery. In late sixth century BCE Athens, the red-figure technique overtook the less precise “black-figure” technique. Dated to ca. 400/375, this krater has a typical décor recalling Attic production from the previous century, the height of the classical style. This bell-shaped vase depicts a horseman in a wide-brimmed hat, whose horse is crowned by a figure of Nike, and who is followed by a hoplite in the garb of a citizen-fighter. The libation scene ensures that the warrior will have the gods’ protection. The other side features a scene depicting the theme of victory. Acquired on the market by the present owner in 1995, this piece, Professor Trendall says, could be attributed to “the painter of the Long Overfalls” of the Rewo group, who characteristically depicted women’s hair wrapped by a sphendone and gathered up in little buns.