A Rare Sighting: Françoise Gilot in Her Studio with Her Children

Her paintings seldom go under the hammer on this side of the Atlantic or the Channel. This one is especially interesting because it depicts the artist in her studio with her children. 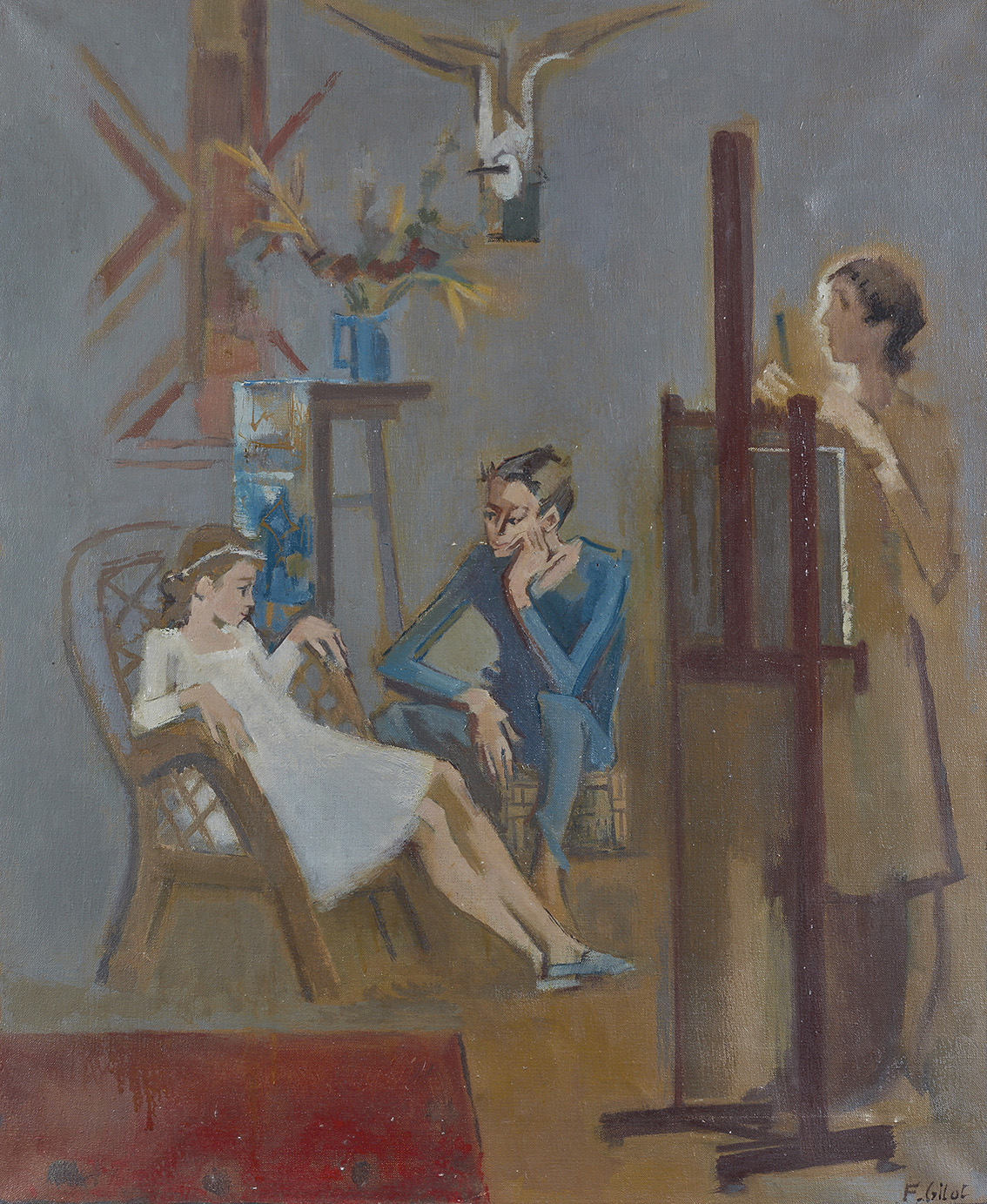 Françoise Gilot (b. 1921) was Picasso’s companion from 1943 to 1953 and the mother of his children Claude (born 1947) and Paloma (born 1949), but she never sacrificed her career to his. Things were not necessarily easy for "the woman who says no", as Picasso called her. He painted Gilot as a flower woman but lashed out against her when she left him to follow her own artistic path. After their separation, she moved to the United States where she painted and exhibited increasingly colorful minimalist works, mainly portraits and still lifes. In the late 1950s, they brought her fame and numerous exhibitions in Paris, Lyon, London, New York and California. This family scene dates from around 1955-1960 and bears the Louise Leiris Gallery’s label on the back.

Seven works on paper by André Masson will join them. All are from the 1930s and have the same provenance. Massacre, a 1931 pastel study for the painting in the Stiftung Preussischer Kulturbesitz (Prussian Cultural Heritage Foundation), Berlin, is estimated €10,000/15,000.