The world revealed at last

This composite atlas printed in Nuremberg between 1753 and 1759 features no fewer than 278 geographical maps drawn up by the famous German cartographer Jean-Baptiste Homann and his heirs. 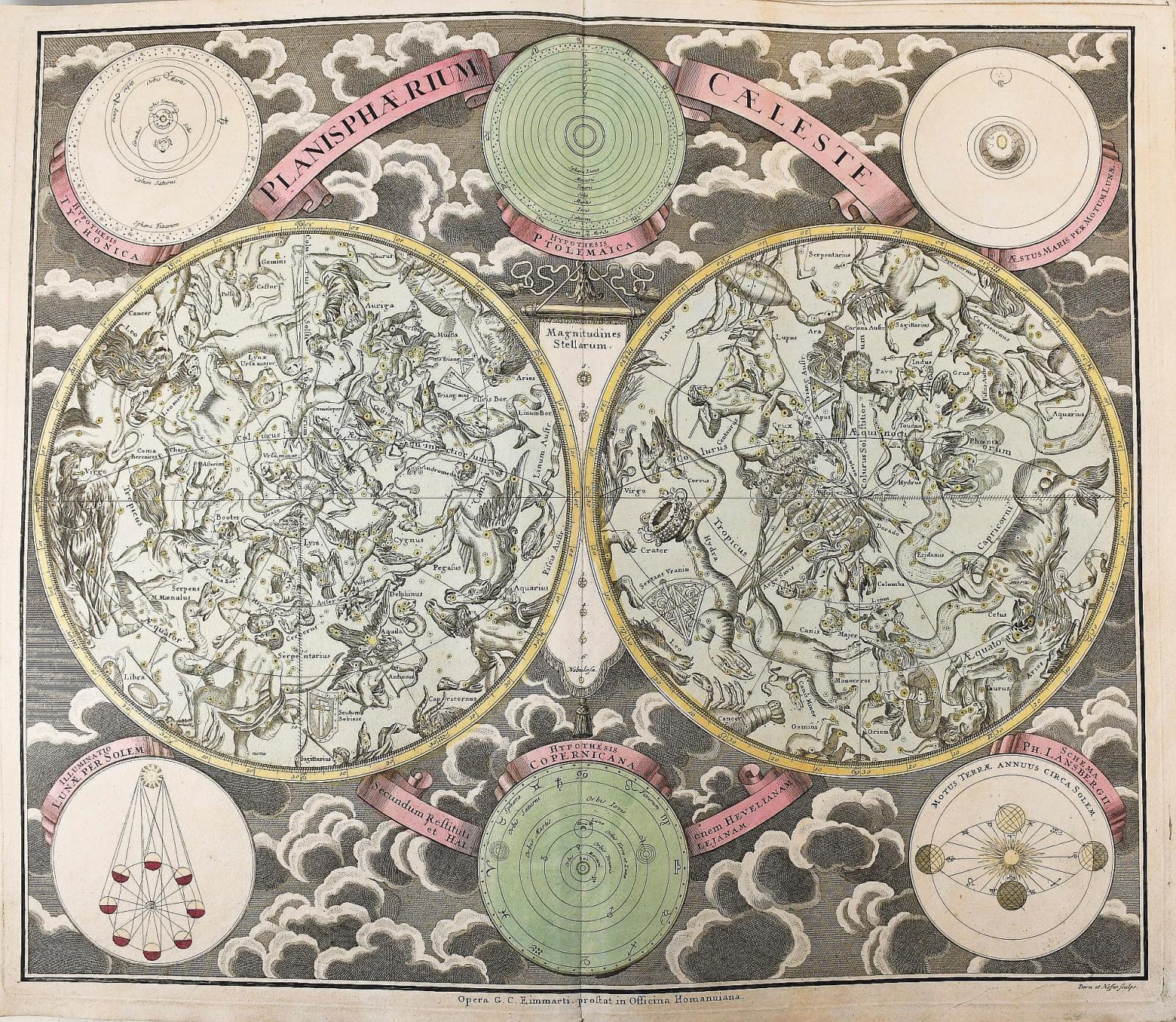 The earliest large-scale geographical maps date from the 18th century. Previously, cartographers did not aim for an accurate geometrical transcription, and their maps look a bit whimsical to us now. In the 18th century, scientific advances and the ability to make topographical surveys thanks to triangulation and constant measurement enabled cartographers to become increasingly rigorous and draw to scale. Encouraged by great rulers who wanted to have accurate maps of their States, starting with Louis XIV, and by the rising number of science enthusiasts, geographers stepped up their activity. They were also helped by the transition from woodcuts to copperplate engraving, burin engraving, drypoint and etching, which allowed them to print more and sharper copies. these new opportunities gave rise to vocations. A case in point is Jean-Baptiste Homann (1663-1724). A notary in Nuremberg, he decided to turn to cartography in the late 17th century and founded his own publishing house in 1702. Homann quickly earned a good reputation and became Charles VI’s imperial geographer in 1715. He made many maps of Europe and America, the most famous being the 1716 Grand Atlas du monde. After his death, his son Johann Christoph (1703-1730) took over before ceding the rights of his large collection, mostly to his brother-in-law Johann Georg Ebersberger, with the obligation to sign the future publications “Homann Heirs”. That is the case for these two volumes bringing together 278 maps in period colours, most by Jean-Baptiste Homann himself. Even the heavens are depicted, as shown by the superb celestial map reproduced here.

Antique Books
Lyon - Hôtel des ventes, 70, rue Vendôme - 69006
De Baecque et Associés
Info and sales conditions
Catalogue
Results
Newsfeed
See all news
The Eva Hober gallery closes for good
The French budget dedicated to culture will increase by 4.8% in 2021.
Arrests in the robbery and vandalism of the Church of Sant’Agata a Collegio in Sicily
Thyssen-Bornemisza Art Contemporary (TBA21) launches online platform: st_age
Not to be missed
Pre-sale
Hector Guimard: the essence of Art Nouveau
Though no introduction is needed for Hector Guimard, architect of…
Pre-sale
A painting by Jean-Léon Gérôme from the Moreau-Nélaton…
Last seen in 1900, this landscape of Paestum with a remarkable pedigree…
Pre-sale
An unpublished and mysterious envoi by Stendhal
This copy of Le Rouge et le Noir ( The Red and the Bl ack) is an…
Pre-sale
Master cabinetmaker Charles Topino’s trademark
The furniture-maker’s signature pieces included small Transition-style…