Twenty years ago, Le Gray's Grande vague caused a sensation, propelling its creator to the skies. The "Great Wave" is now making a comeback with this print discovered in a private individual's home. 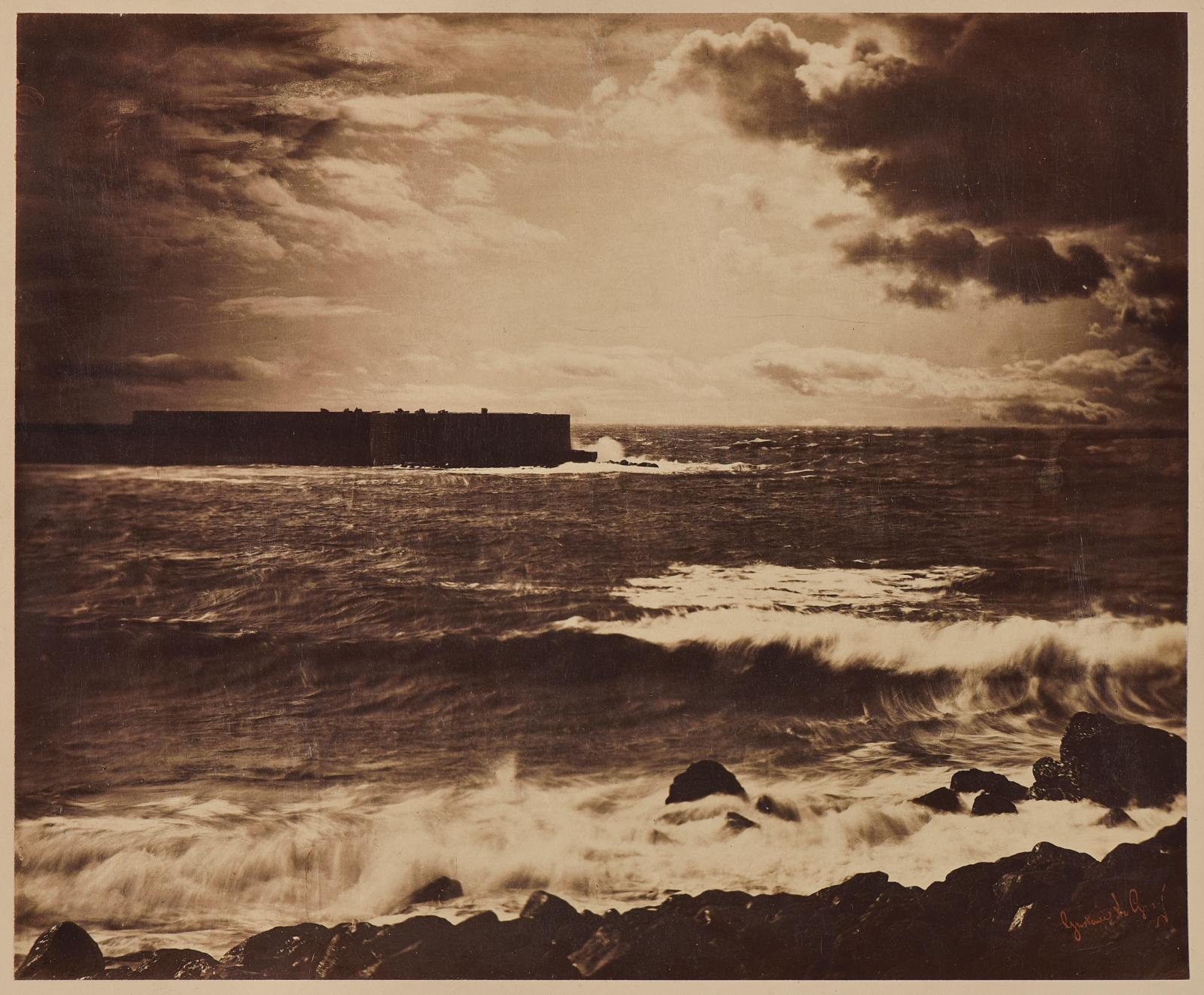 Here is a view that belongs as much to the history of photography as of the auction room. We remember the excitement caused by the sale of the now legendary print from the collection of Marie-Thérèse and André Jammes. On 27 October 1999 in London, Gustave Le Gray, hitherto known mainly to a select circle of so-called "primitive" photography buffs, became a world-famous star thanks to a record price: £507,500 (€1,040,000 at today's figures). With a cast-iron pedigree, a remarkable print and powerful international enthusiasm for the works produced at this period, it had all the ingredients to make it the most expensive photograph ever sold. The market has developed since then, and large, more spectacular images by contemporary photographers now have a higher price index than unobtrusive daguerreotypes and albumen prints from the medium's early days. But the Great Wave, Sète, Spring 1857 remains a timeless icon, here on offer in a version discovered in the home of a private individual. It seems to have been little exposed to light, and possesses a tone and contrast described as exceptional by the expert, Damien Voutay. After starting out as a daguerreotypist, Gustave Le Gray became a considerable technician, inventing the dry waxed paper and glass plate collodion processes. Primitive photography specialist Sylvie Aubenas points out than in around 1855-1856, he "began to visibly abandon experimentation in order to put his know-how into practice. He participated less and less in the meetings and debates of the Société Française de Photographie, and no longer published manuals, but started to exhibit, sell and above all produce his most spectacular pieces, mainly using collodion glass plate negatives." Encouraged by the success of his Brig in the moonlight, taken in Normandy in 1856, the following year he began to explore the seascape genre in more depth in southern France. The collodion process shortened the exposure time, but did not solve the problem of rendering the sea and the sky clearly. Le Gray got around the difficulty by photographing the two elements separately, printing the two negatives on a single sheet. As well as achieving a remarkable feat foreshadowing digital manipulation, he successfully transposed a major painting theme into photography, treating it somewhat in the style of Courbet.