An American in Giverny 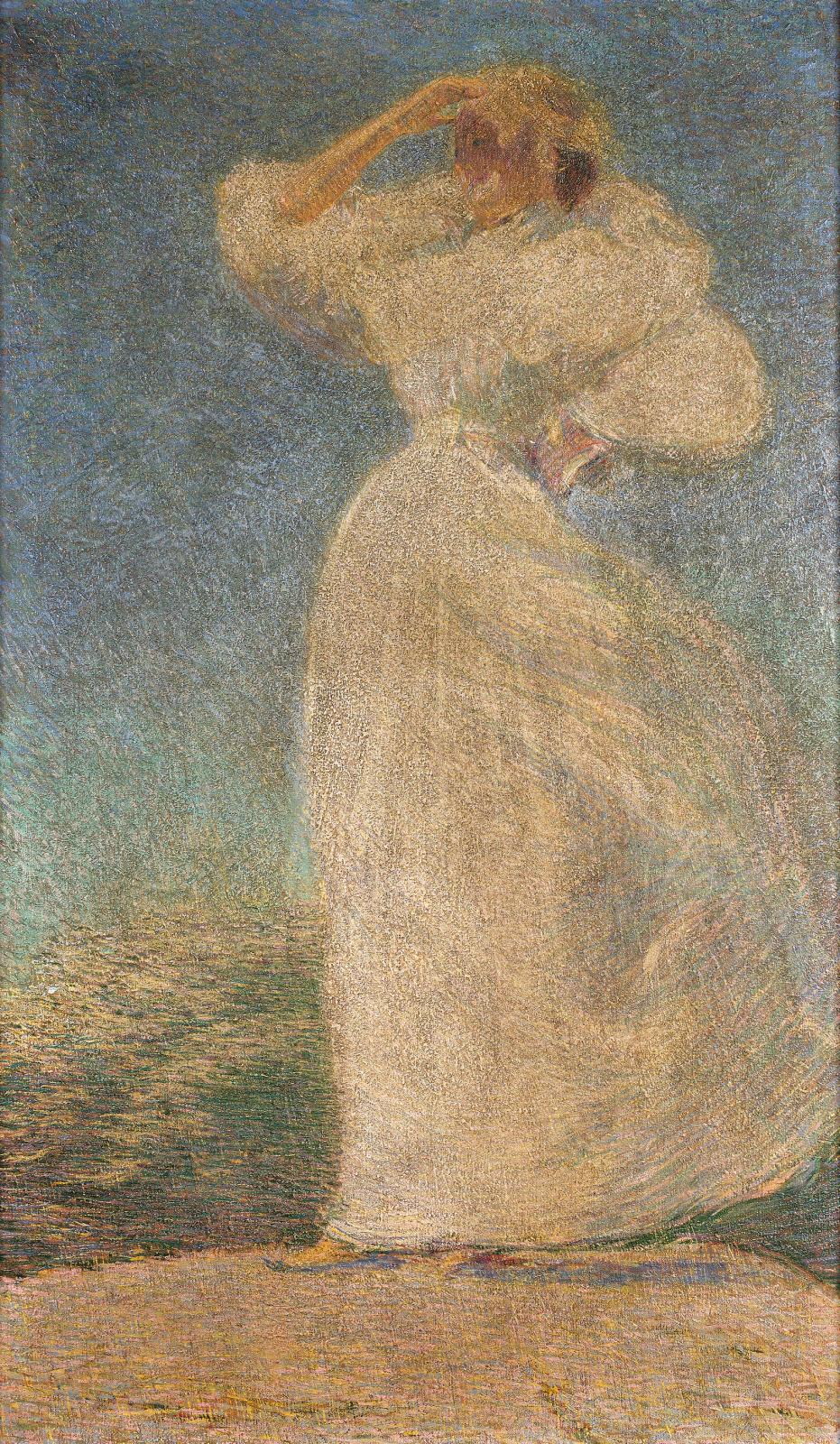 Born in Boston, Philip Leslie Hale began studying at the School of the Museum of Fine Arts in his native city in 1883, and continued to explore painting at the New York Art Students League before crossing the Atlantic in 1887. Paris then welcomed him to the Ecole des Beaux-Arts and the Académie Julian, where he delved further into the teachings of academicism while discovering Impressionism. The young man spent most of his summers at Giverny, home to a colony of American followers of Monet. Fired up by all this emulation, Hale also adopted small contrasting strokes that made the light vibrate, as wonderfully illustrated by this painting of c.1893. On his return to the US at around that time, where he became an art teacher and critic, he specialized in depicting delicate women relaxing in gardens. An idealistic vision much in vogue at the time when the women's suffrage movement was in full swing.

After succession: Collection of an amateur BOOKS - TABLES - DRAWINGS - ASIA ART - ART OBJECTS - TAPESTRIES - FURNITURE
Sceaux - 27, avenue Georges-Clemenceau - 92330
Siboni
Info and sales conditions
Catalogue
Newsfeed
See all news
Frieze New York is Coming Back in May
Museums Permitted to Reopen in Six Italian Regions
A Mysterious Tanguy Work is Up for Auction
Stunning Discoveries in Saqqara
Not to be missed
Pre-sale
Sacred Objects of Mexico
Like the standing figure from the pre-Teotihuacan culture on the…
Pre-sale
18th-century Sculptors and Cabinetmakers
Fine 18 th century furniture has become a somewhat rare commodity…
Pre-sale
Deep-Sea Diving in Luxury
Rolex watches are omnipresent in auction rooms and increasingly…
Pre-sale
An English Passion
This pair of lidded vases in soft-paste Sèvres porcelain decorated…