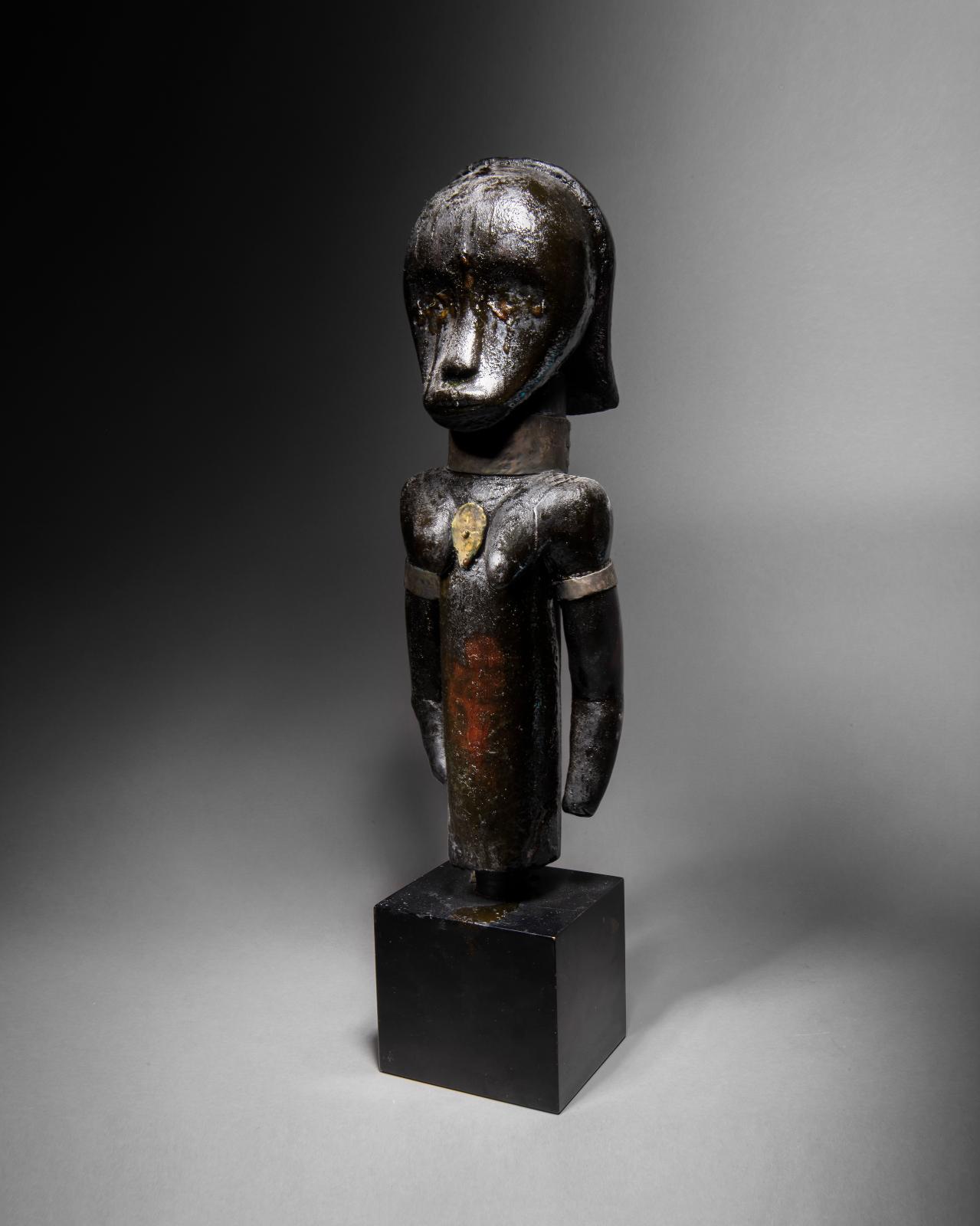 This bust from a Byeri reliquary, an extremely old effigy brought back by a colonial administrator, was much admired by collectors, starred in many exhibitions and was often reproduced. It will shortly be the jewel of a major African and Oceanic Art sale. As often with remarkable art works, this female bust is imbued with a certain magic. It is outstanding for its interiority, serene hieratic quality and sculptural brilliance: the harmonious face, from the domed forehead to the heart-shaped mouth displaying the "Fang pout"; the hair stopping just at the nape; the long neck wearing a brass collar attached at the back by interlacing metal strips – unique, according to Louis Perrois. The gentle face would have been crowned with red parrot feathers, as indicated by the notches on the top of the skull. Everything is a poem of balance expressing the mastery of a great sculptor. It was venerated for many decades, as witness the black, crusty, oozing patina. The eye-sockets, marked with thick traces of resin, would once have contained pupils made of brass discs. Long tear streaks seem to run down the cheeks to the corners of the mouth, but these are accidental. The chief function of the eyema byeri was to protect the stitched bark reliquary casket (nsekh byeri) containing the bones of the family's ancestors, mainly skull and tibia fragments. Some effigies take the form of busts or half-length figures on a monoxylic base sunk into the reliquary. The ritual significance of the latter is often underlined by the missing tips of the forearms, probably showing that for many decades wood was removed from this part of the sculpture to strengthen the magical efficacy of traditional "medicaments". In his article for the African Art sale catalogue featuring this bust, Louis Perrois concludes that "mounted on a reliquary chest, it could thus play its role as guardian of the ancestors' bones and mediator between the living and the dead. Icon more than idol, this eternal young woman becomes a trustworthy guide, the personification of the past and confidence in the future."