Georges Fouquet: Elegance as a Signature

In the late 19th and early 20th century, Georges Fouquet designed Art Nouveau and Art Deco jewelry, including this piece. 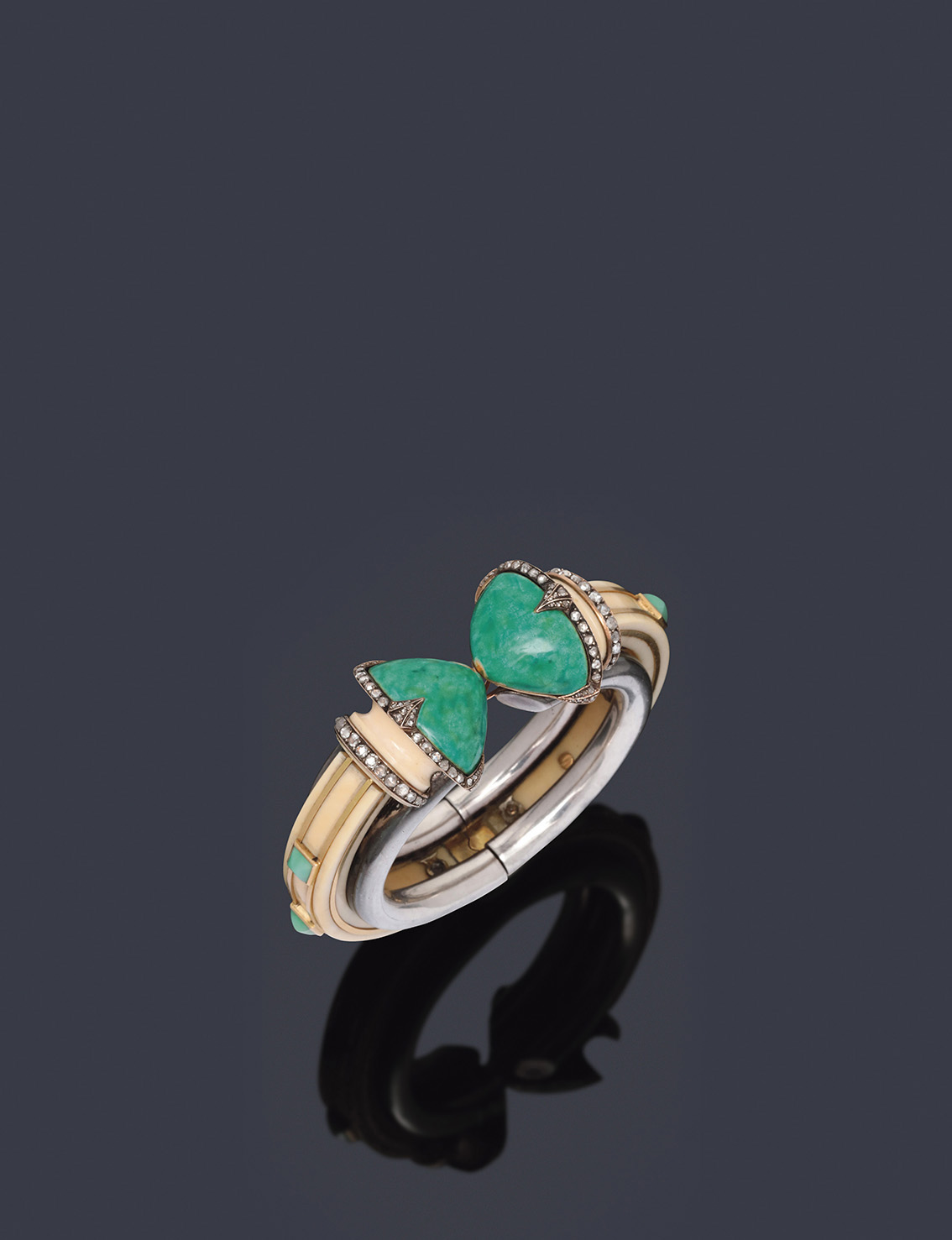 Like René Lalique, Georges Fouquet was a leading figure in the decorative arts. Unlike Lalique, whose butterflies, dragonflies, snakes, lilies, orchids, mythological figures, etc. defined Art Nouveau, his repertoire featured enamel, opal, baroque pearls, geometric shapes, symmetry and materials, including onyx, rock crystal and mother-of-pearl, foreshadowing Art Deco in the 1920s. Our piece is an example, with its abstract lines, limited but complementary palette of colors and contrasts between shiny and opaque textures. Necks and wrists in low-cut, sleeveless gowns cried out to drip with jewelry. In 1895 Fouquet took over the boutique owned by his father, Alphonse, whose designs were influenced by the Renaissance and antiquity. He created many pieces, notably calling on Alfons Mucha, actress Sarah Bernhardt’s favorite artist. "Jewelry must be composed of masses readable from afar," said Jean Fouquet, the third family member to have that first name. Unlike his namesake Nicolas, the minister sent into exile by Louis XIV, the Fouquet dynasty reached the peak of their art without ever falling.