In praise of the locksmith's trade

A collection highlights the virtuosity of locksmiths, as used in technical sophistication and art. 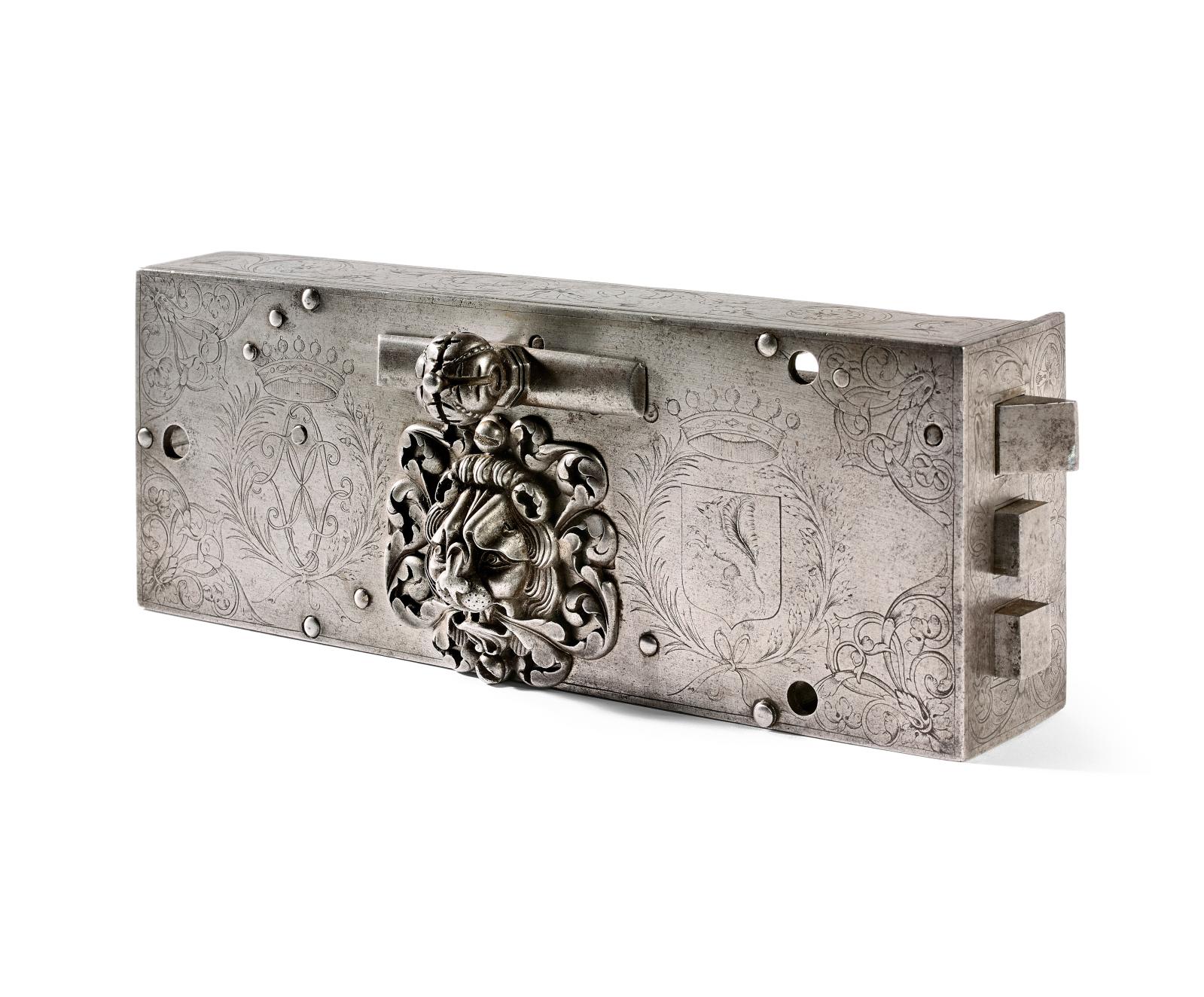 This sale begins in Roman times and then reveals treasures of inventiveness, in terms of both technical skill and visual beauty, right through to the 19th century. As early as the Middle Ages, and even more so from the 15th century onwards, protecting property soon became a pretext for decorating doors and furniture and creating genuine objets d'art. The Italian Renaissance inspired this magnificent door knocker, whose decoration suggests that it could have adorned a theatre door.  Engraved with the coat of arms of Nicolas Fouquet, Louis XIV's Superintendent of Finances, and attributed to Homer Mourie, a lock from the second half of the 17th century is lavishly chased and engraved on all visible parts of its mechanism, while a lion's head lords it on its case (€10,000/12,000). The king of the beasts also reigns over an imposing late 18th century lock. Thanks to an ingenious mechanism, his bronze jaw closes on the hand of the inept lockpicker - the keyhole lies in the big cat's mouth (€10,000/15,000).

MRS. B.'S COLLECTION. - PART ONE
Salle 15 - Drouot-Richelieu - 9, rue Drouot - 75009
Fraysse & Associés
Info and sales conditions
Catalogue
Salerooms
News feed
See all news
Members of Art Paris selection committee resign
Scanner reveals hidden secrets in Marie Antoinette's correspondence with her lover
Museums in Seoul, South Korea, are once again temporarily closed due to the coronavirus
Visionary artist Christo has died at his home in NY at the age of 84
Not to be missed
Pre-sale
From the monumental paintings of Carmontelle to a monumental…
Initially planned for Sunday, March 29, this sale will be offering…
Pre-sale
Captivating Book of Hours from the golden age of min…
Attributed to the Master of Luçon, this Book of Hours from the Beauvillain…
Pre-sale
Classics from Van Cleef & Arpels
The beauty of natural stones by Van Cleef & Arpels in a set from…
Pre-sale
Jewellery from the Janine Saladin Collection
Around ten pieces of jewellery by Suzanne Belperron owned by a trailblazer,…