Discovered by Master Pomez during an inventory in a residence near Troyes, this 15th-century Virgin Adoring the Child is coming in the market for the first time. 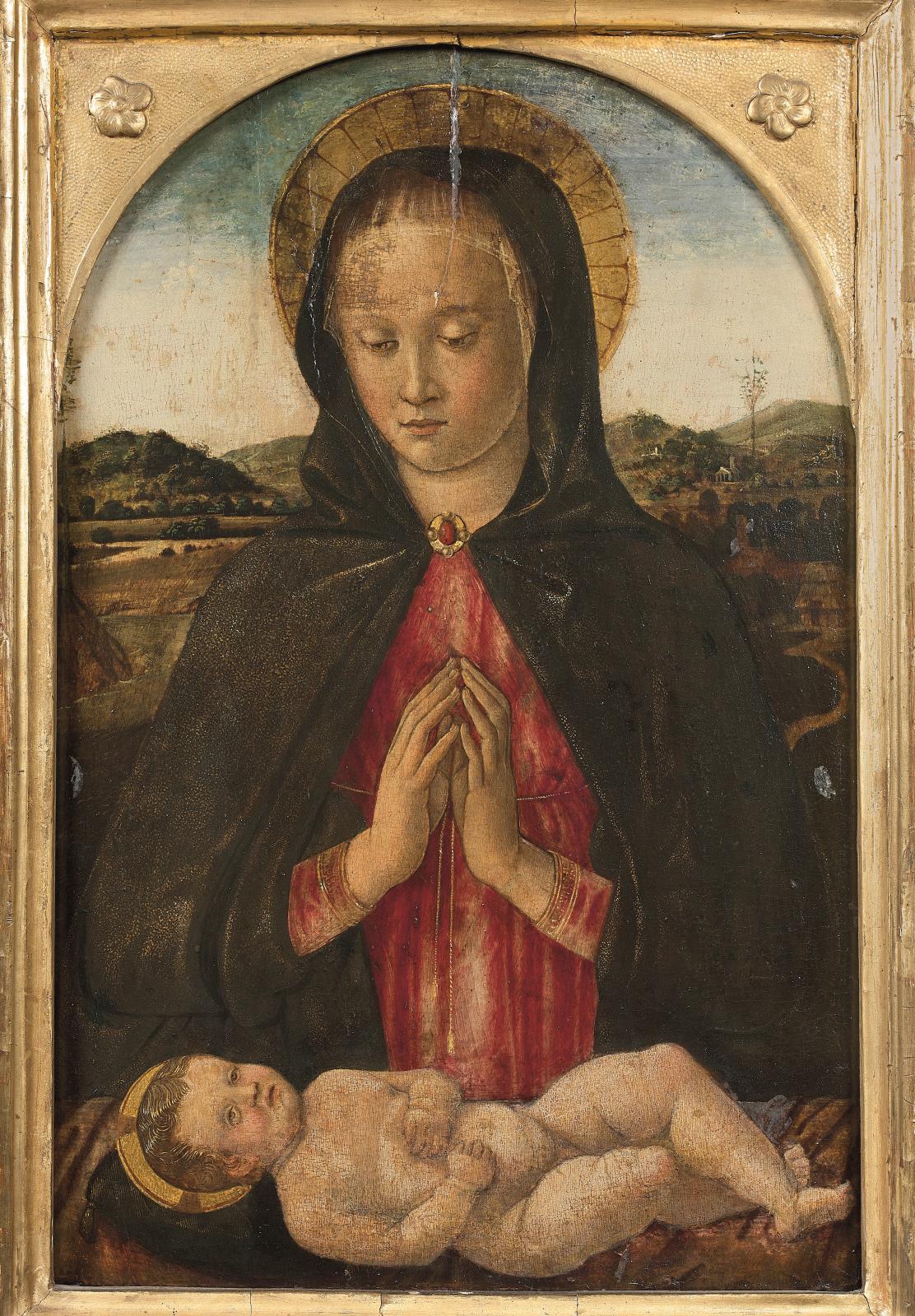 Presented in a magnificent Baroque giltwood frame, this private devotional panel features a subject that was highly popular in the city of the Doges in the mid-15th century: the Virgin Adoring the Child. Works with this theme were produced by the workshops of the Vivarini in Murano, and the Bellini studios in central Venice. The first version of this subject, now in Padua's Museo Civico, was painted in around 1465. At that time, the young Venetian artist Lazzaro Bastiani was still influenced by Bartolomeo Vivarini and Carlo Crivelli, displaying considerable mastery and the meticulous skill of a miniaturist. In the 1480s, he discovered the innovations in the use of perspective by Gentile Bellini, with whom he worked, for the Scuola Grande di San Marco: a significant development in this panel, which could well date from that decade. According to experts, the "incisive Mantegna-like line of his early work inherited from Bartolomeo Vivarini" is abandoned here in favor of a broader composition, with the hilly landscape in the background and its paths winding to the horizon. However, the work focuses on the two figures. Mary, with her oval face full of sweetness, resembles several other figures painted by Bastiani, including a St. Lucy and Kneeling Donor of c.1480-1490 now in the Portland Museum. Her eyes are imbued with sadness: perhaps she senses the tragic fate awaiting her son. Here, the latter, in contrast with traditional iconography for this subject, is shown awake, not asleep, prefiguring the Pietà and awareness of his future sacrifice: a specific feature that must have been requested by his patron, who nonetheless allowed Lazzaro Bastiani to demonstrate all his talent in this narrative style he explored more deeply after 1490, under Carpaccio's influence.