A small step for an iguanodon, a great leap for auctions 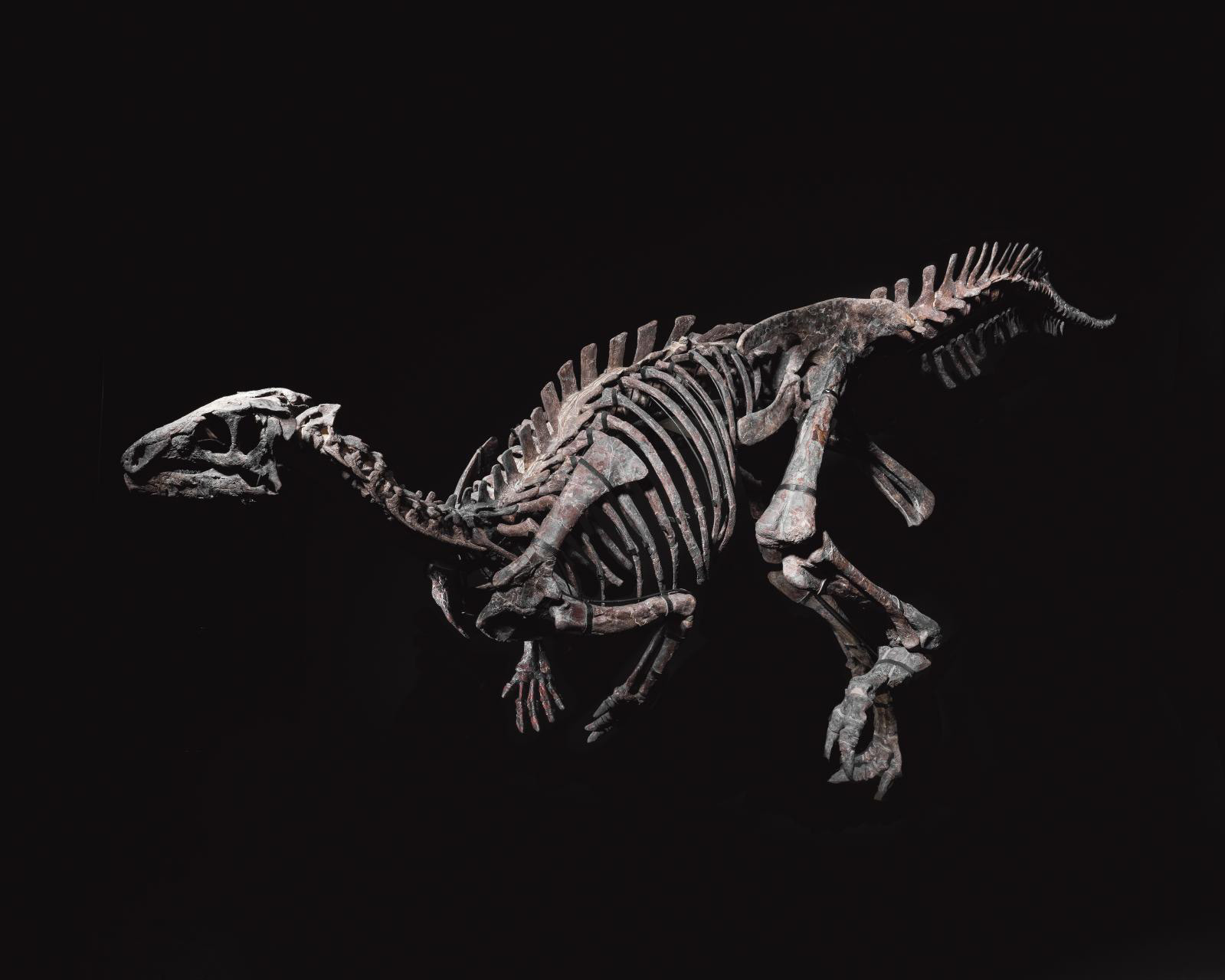 A Cretaceous sea creature’s teeth did not meet with success, probably due to fear of seeing one of those terrible ‘x-fish’ rise up from the depths. The more likeable iguanodon nicknamed Zephyr was much more appealing. The October 7 Gazette told the story of its discovery in the famous Morrison formation in Colorado and how seasoned paleontologists worked thousands of hours to piece it together. Three meters long (9.8 ft), 1.30 meters (3.2 ft) high and weighing in at just under 100 kilos (220.5 lbs), the dinosaur can perfectly fit into an apartment amid antique furniture and paintings, preferably abstract ones. Hoping to attract new buyers, the auction house based its communication precisely on the idea of the dinosaur-as-collector’s item. It worked. The 70%-complete fossilized skeleton of the ‘twisted lizard’ from the Upper Jurassic period fetched €673,240.

A bison fossil (h. 65 cm/25.59 in; l. 110 cm/43.30 in) from Ukraine sold for €7,800. It dates from the Upper Pleistocene period, when these animals roamed the grass and shrub-covered steppes with the woolly rhinoceros and the wooly mammoth, all protected from the cold by a thick coat of fur. A Siberian wooly mammoth tusk (l. 130 cm/51.18 in) from the Pleistocene or Holocene era took in €15,600. A woolly rhinoceros skull (h. 112 cm/44.09 in; l. 35 cm/13.77 in) complete with its jaw but with horns reconstructed in resin, dates from the same period and was unearthed on the same site along the Dnieper River (€10,400). Before the last Ice Age, this extinct species multiplied and roamed freely all over Europe.