How can the beauty of a figure be captured and expressed? How can tradition be melded with inventiveness? These questions, which bedeviled Jean-Auguste Dominique Ingres throughout his formative years, imbue the 70 drawings, prints and paintings presented chronologically in the Orléans museum. 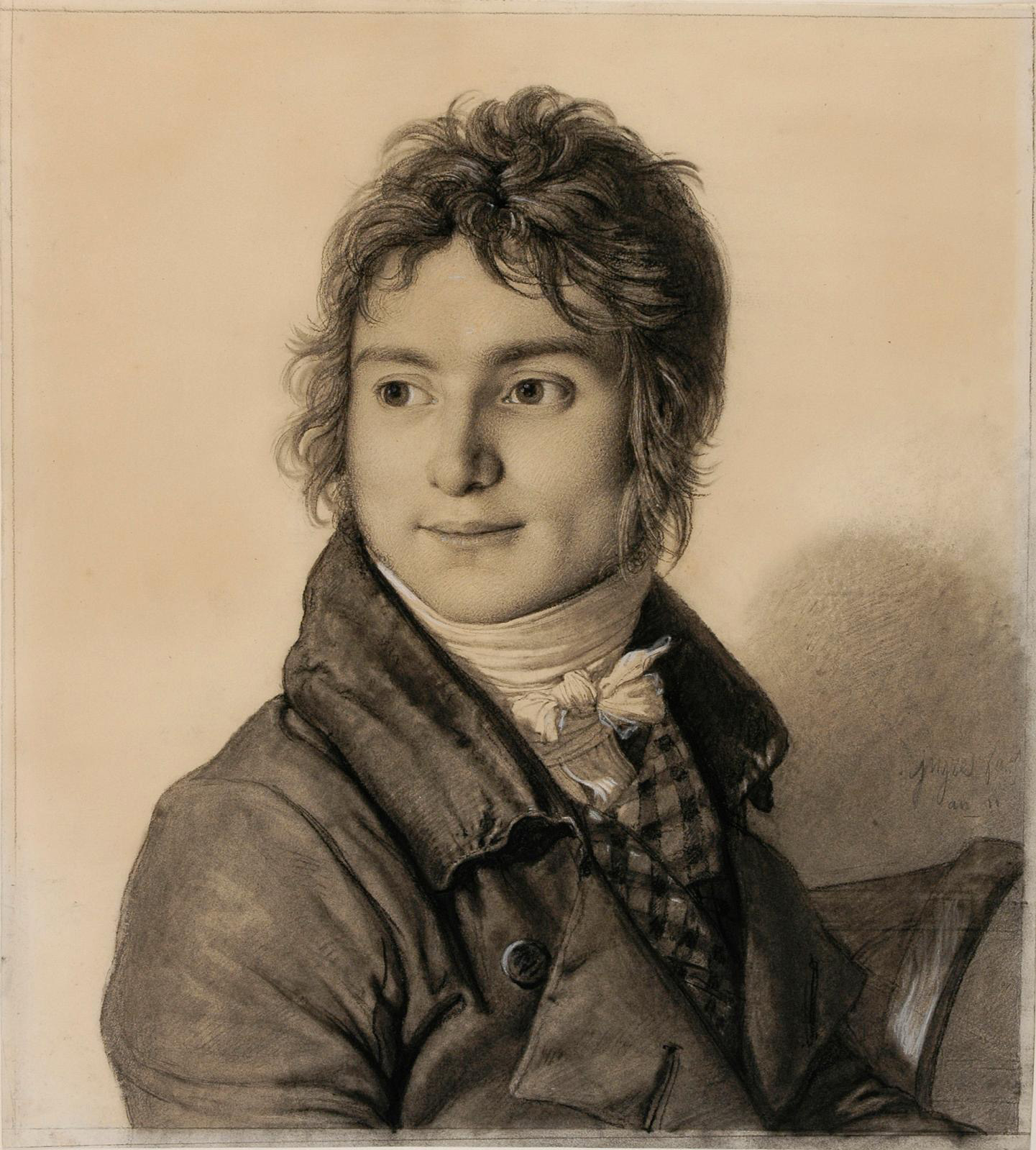 Forty prints and autograph drawings (six privately owned and two never seen at auction) follow the development of his style from his studies in Montauban and Toulouse to his departure from Paris for the Académie de France in Rome in 1806. "The exhibition shows how far his artistic output was shaped by his sculptural studies of the body, drawn from Renaissance art," says curator Mehdi Korchane, who has staged a series of ten small sections to highlight the painter's obsessive explorations from his first hesitant portraits—like this red chalk figure of Jean Moulet, copied from his father—to this Vénus blessée par Diomède (Venus Wounded by Diomedes), his very first history painting.

Though comparisons are odious, when his drawings are seen alongside Jean-Baptiste Isabey's they show how skillfully Ingres circumvented his teachers' influences, thereby belying the myth of the dilettante artist.

His talent in black chalk, his mastery of shading and the cast shadows materializing his statuary representations in space all heralded a virtuosic style that soon went far beyond Jacques-Louis David's instruction. Exploring the figure in every sense, Ingres depicted his desire in a touching medallion dedicated to his fiancée Julie Forestier, and impassioned, raw and sensual erotic sketches taken from his sketchbooks. Sketches from life, nudes and drawn compositions of the Oath of the Horatii are seen in counterpoint with completed works—like Lady with an Ermine after Leonardo da Vinci, where his line finally finds free expression, his portraits of Jean Charles Auguste Simon and his Man's Torso: all with the intimate, dazzling qualities he developed endlessly in his paintings. Before Ingres, the history painter awakens.

A Drawing by Ingres and a Louis XIV Chest