After the Second World War, surrealism continued its development, especially in North America. More worried and contemplative than their male counterparts, women artists meditated on the metamorphoses of life and travel in space and time. 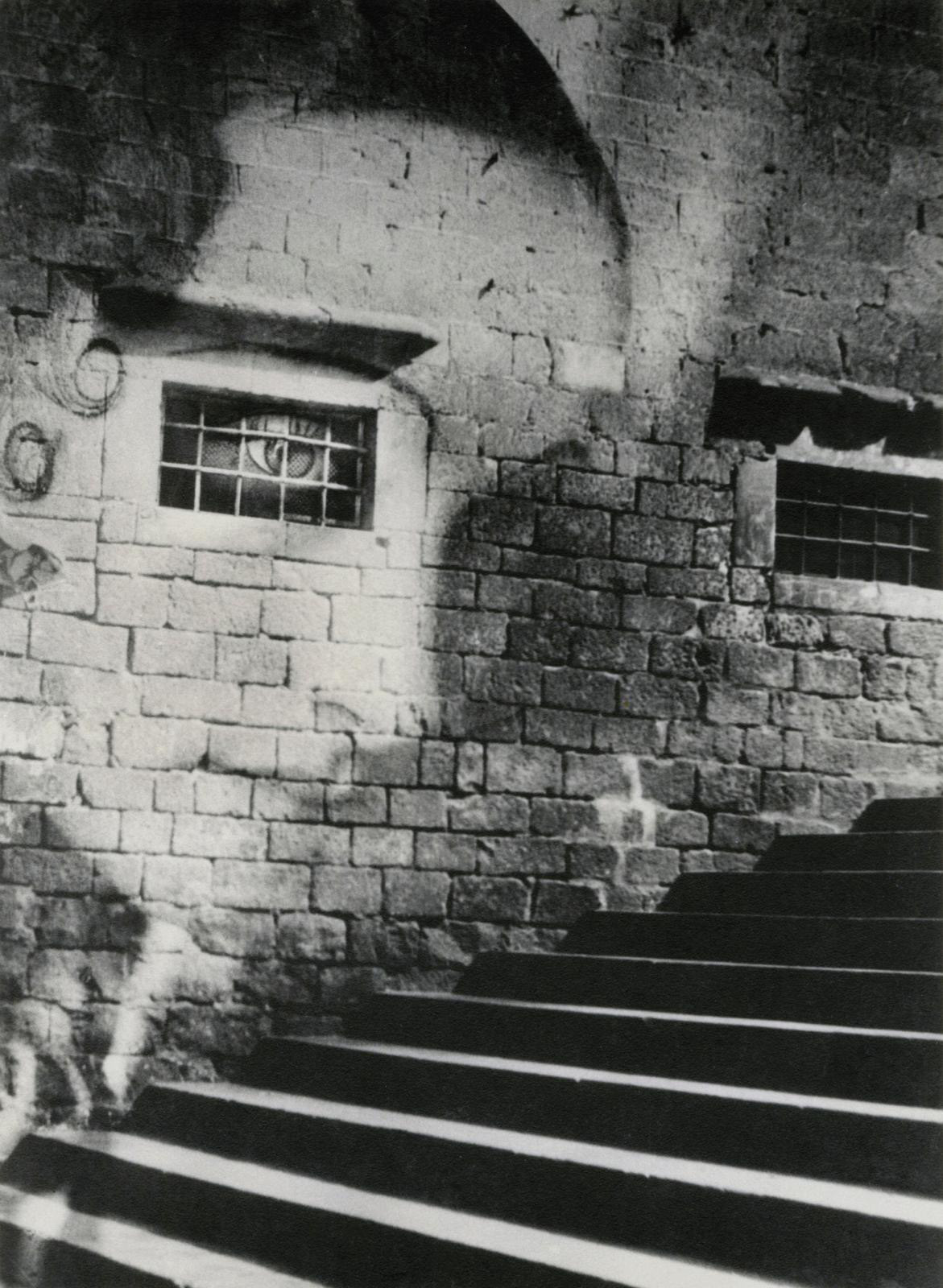 In 1940 Kati Horna left Spain for Mexico after Franco's victory. Her journalism skills—she started covering the Spanish Civil War for the Republican government in 1937—and artistic sensibility came together in her extraordinary output, including photomontage. Born in Hungary, Horna trained with Berlin avant-garde artists in the 1920s before spending several years in Paris in the early 1930s, when she produced photographic reportages for press agencies.

The dreamlike, surrealistic template is already obvious in her "Flea Market" series. In Mexico, Horna continued her work as a journalist but also became a teacher. Her photographs display exceptional vital energy and solid frankness corrected by a series of vertiginous unveilings, where beauty always has a fatal imprint.

United in Exile
Horna hosted Carrington and Varo when they arrived in Mexico. Exile brought them very close together and helped foster a long friendship. Carrington had lived in France with Max Ernst before the war broke out, when, being a German citizen, he was interned. Distraught at being helpless to obtain his release, she suffered a nervous breakdown and was committed to a psychiatric hospital in Spain, where she had followed friends. Carrington wrote an account of this harrowing experience before going to Mexico, where her exceptional vital energy and creativity bounced back to life. Teeming with alchemical references, her paintings recall those of Hieronymous Bosch and inspire the same magical awe. Populated by fabulous animals and rooted in childhood, they gradually shifted towards Celtic mythology, but the influence of traditional Mexican cultures was never far away.

Varo's striking primitive accents may also bring Bosch's world to mind. The Spanish artist encountered surrealism in the early 1930s. She fled the civil war to Paris, where she married writer Benjamin Perret: they moved to Mexico City in 1941. Varo’s abundant paintings depict figures in niches or alcoves and women on solitary quests that are hard to describe. Her work, like Carrington's, is less a flight into a remote elsewhere than a journey through space and time, a meditation on the metamorphoses of life, the overcoming of trials, the emergence and death of beings and cultures.

The tropical vegetation and wildlife so prevalent in Kahlo’s art also nurtured Frenchwoman Alice Rahon’s work. Close to the Surrealists in the mid-1930s, with Andre Breton’s support she published poems illustrated by the group's artists. Rahon found herself in America when the war broke out and settled in Mexico with her husband, painter Wolfgang Paalen. A colored, transparent, airy and watery incandescence illuminate her paintings of plants and animals creating in a rich, fairy-like chromatic range.

De-Sublimating Art
In the 1950s and 1960s, surrealism got off to a fresh start in Europe. German writer Unica Zürn (1916–1970) produced an exceptional body of work based on meticulous, swirling calligraphy, hybrid animal and sexual figures and spidery filaments. These pieces carved out a new, refined and wild space of rare beauty within the movement. A poet and intellectual, Zürn became Hans Bellmer's companion in 1953, settling with him in Paris, where the Surrealist circles she frequented held her in high regard. But the last ten years of her life, when she spent long periods in a psychiatric hospital before committing suicide, shed a disturbing light on her extremely fragile, mysteriously intimate work. Surrealism’s openness to minor genres, popular culture and modern technology reflected a desire to de-sublimate art, to extract it from the academic and heroic tradition in order to deregulate the senses in a new actuality.

Toyen (1902–1980) explored multiple visual and conceptual ways to disconnect the gaze and feelings from the rhetoric of beauty. The Czech-born artist blurred the border between bodies and living matter, on the one hand, and inorganic matter, on the other. Unlike most of the surrealists, who tamed this ambiguity, she focused on anxiety and resistance to the gaze. Her body-objects are orphans reduced to the state of props or puppets projected in a radical discontinuity. Active in Czechoslovakia’s 1920s avant-garde circles, from 1925 to 1929 Toyen lived in Paris, where she met Philippe Soupault, who supported exhibitions of her work. Twenty years later, in 1947, eager to renew contacts with the Surrealists, she went into exile in Paris. Excluding all autobiographical elements from her paintings and drawings, she played with the erasure of her person, creating a disturbing aura around her in a body of work that could reductively be deemed feminist, which she never claimed it to be.

Surrealism spread to Belgium, Canada and even Egypt. In Belgium, where it thrived, Jane Graverol (1905–1984), like many of her Belgian friends, cultivated humor and derision. She scrutinized the metamorphosis of bodies in trompe-l'oeil, which pointed the way towards poetic freedom and the open-ended progression from one state to another. There were many Surrealist circles and publications in Egypt. Born into a cosmopolitan Cairo family, Amy Nimr (1898–1974) studied in London before exhibiting her earliest works in Paris around 1925. In the 1930s she grew close to French and English Surrealism, producing a series of transparent, watery paintings where skeletons and hybrid marine creatures inhabit an undersea world. More anxious and contemplative than their male counterparts, postwar Surrealist women evoked the world’s devastation. They turned their backs on rational modernity based on the economy and progress and questioned men’s ability to retain not tradition, but human, imaginary, fantastic wealth.

“Surrealism Beyond Borders” at the Tate Modern, London
Newsfeed
See all news
Preemption: A Historic Model of the Holy Sepulchre Goes to the Louvre
A New Website for Contemporary Art Centers in France
Art Nouveau in the Spotlight at the Next BRAFA
Egyptian Archaeologists Demand the Return of the Rosetta Stone
Not to be missed
Analyses