Wifredo Lam and the Pole-Woods: From One Continent to Another

In the 1950s, the American couple John and Alice Pole-Woods moved to Paris, where they met another exile, Cuban painter Wifredo Lam. Their shared tastes led to a lasting friendship. 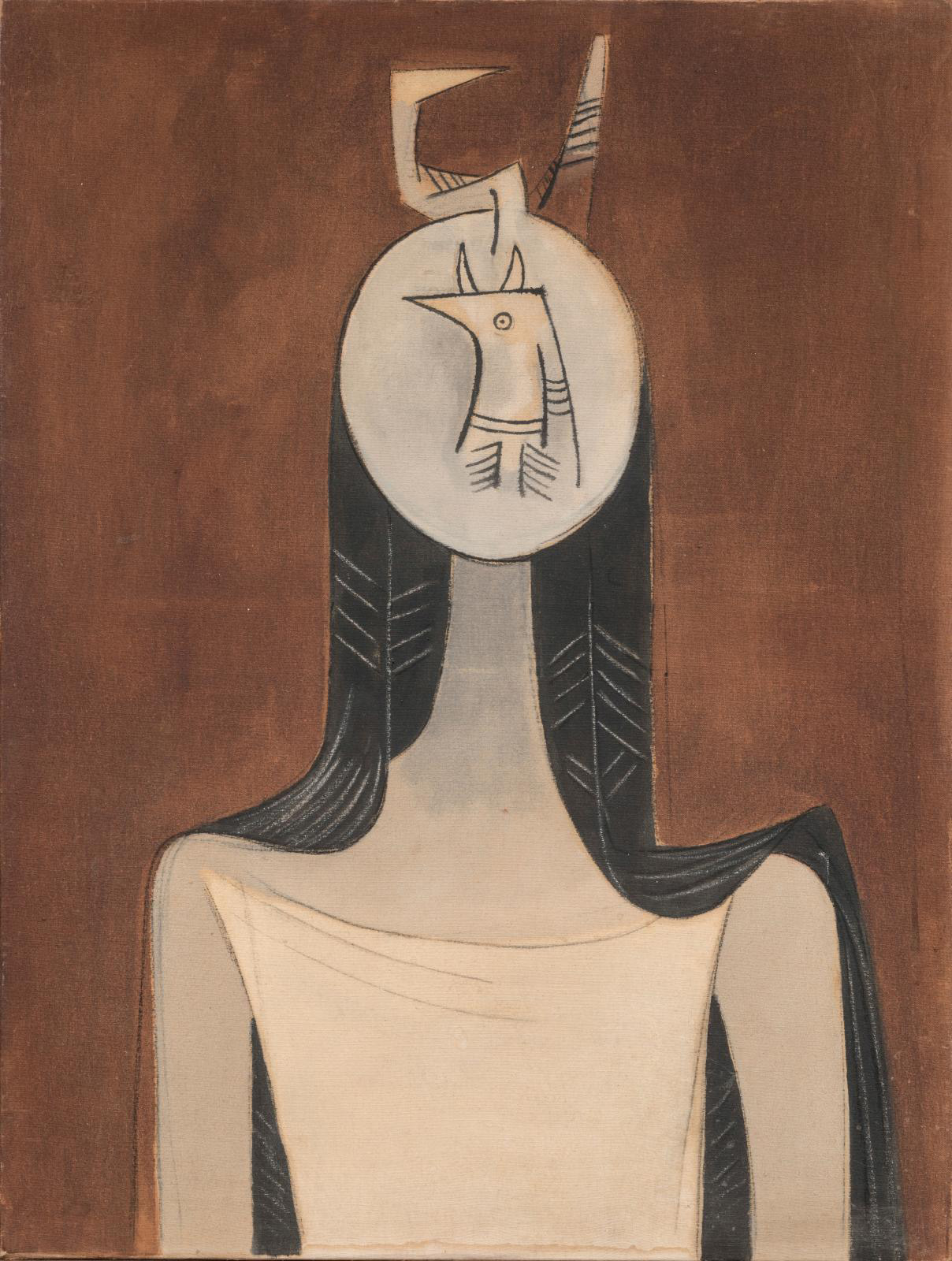 John Pole descended from a very old English family that traced its lineage back to the Hundred Years War. He and his wife Alice, née Woods, acquired this painting directly from Wifredo Lam around 1954. At the time, the couple had an antique store in Paris specializing in Islamic art, while the Cuban painter had been living between France and Italy since 1952. They frequented the same artistic circles and struck up a friendship that lasted many years. Evidence of this friendship can be found in a rich, sometimes illustrated correspondence, invitations to openings, postcards—usually sent to Alice by Wifredo—and a drawing he gave them: a 1953 ink and watercolor on paper estimated €3,000/4,000. Other than a love of art, their common passion for traveling and exploring different cultures brought them together. The Pole-Woods continuously traveled to Africa, Europe and the Middle East, especially Iran, where John, a former US Air Force officer, is rumored to have worked for the CIA. He was also a passionate photographer.

After 30 years in Paris, around 1980 the couple moved to Pierrefitte-sur-Sauldre, a small village in Sologne, where John died in 2018 and Alice three years later. About 30 heirs living in the United States inherited the childless couple’s estate. The auctioneer unexpectedly found Lam’s painting in a cardboard box intended for a niece that the couple had given to a neighbor and close friend for safekeeping. A copy was in their living room surrounded by other works, especially prints by contemporary English and American artists, including Stanley William Hayter, Krishna Reddy and Lawrence Heyman, as well as a sculpture by Helen Phillips. A picture of Alice in front of the painting in their Paris apartment in February 1960 was found among the couple’s papers, further proof of their attachment to this work. Like the Pole-Woods, Lam crossed the Atlantic to live in Europe. More than any other artist, Lam championed the connection between people in his work: being himself born from a cultural mix, he had a Chinese father and Cuban-Congolese mother.

In the 1940s, Lam honed his style after a trip to Cuba and Haiti. The artist, then under the influence of Cubism and Surrealism, reconnected with, and drew inspiration from, his Afro-Cuban roots. Powerful "woman animals", horns and birds, a recurring feature in Yoruba beliefs that often appears on royal crowns and is associated with Osanyin, the god of medicinal herbs, brought him closer to the culture of his mother’s distant ancestors. There is an abundance of geometric symbols in the subdued earth tones used on the ancestral masks of sorcerers.