Nearly 130 galleries will participate in the eighth four-day Paris Gallery Weekend—a record reflecting the vibrancy of the Paris art scene and dealers’ desire to leave the crisis behind. 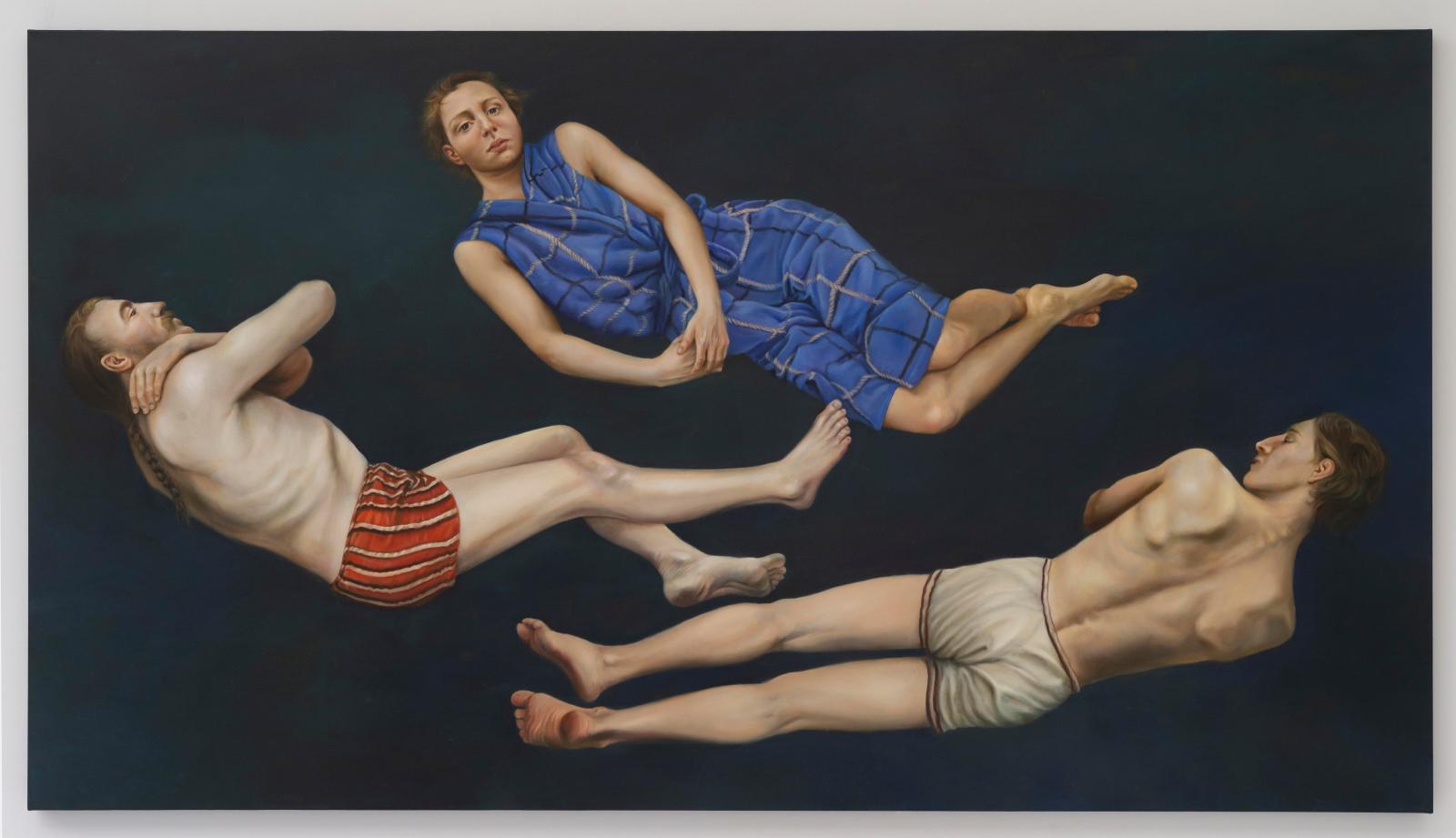 This edition will be like no other. The least we can say is that it will generate enthusiasm: 128 contemporary and modern art galleries will take part in an event that usually draws about 50. On the other hand, says general delegate Geraldine de Spéville, "We had to scale back this year’s Paris Gallery Weekend to adjust to the context" by temporarily forgetting the festive and international aspect. Meetings with artists, performances, conferences, lectures, VIP tours for hand-picked collectors and the gala dinner cannot take place, although some dealers will host a few openings, signings or readings, complying with the eight-square-meters-per-person (86 sq. feet) rule and keeping hand gel within reach. To make up for the lack of guided tours, the organizers had the bright idea of asking people in the arts (notably Musée d’Art Moderne de la Ville de Paris director Fabrice Hergott and designer Matali Crasset) to create their own tours, corresponding to each of the seven districts covered in the event, which can be viewed on a map via its website and newsletters. This will encourage art lovers and collectors to explore galleries and works from the Marais to Matignon, Saint-Germain-Prés, eastern Paris, Belleville and beyond that to Romainville, where a new cultural hub called Komunuma opened several months ago.

In 2014, gallery owner Marion Papillon launched Paris Gallery Weekend with a non-profit called Choices. This year, the event is taking place under the aegis of the CPGA (Professional Committee of Art Galleries), of which she is president, "to avoid conflicts of interest and serve the galleries’ general interests more effectively," she says. The rules have changed as a result. Until now, participants were selected for the relevance of their programming. But this time around, any CPGA member could join. The participation fees, originally €3,000-€4,000, are lower. They had already been cut in 2020, because the spring event was first canceled due to Covid, then postponed at the last minute to early July. In 2021, dealers have paid just €800. "It’s normal for the fee to reflect the format of the event, which has been considerably reduced because of Covid," says Ms. Papillon. "We wanted to allow as many galleries as possible to participate without straining their budgets too much, especially in these trying times," adds Florence Bonnefous, head of the Air de Paris gallery and a member of the event's board.

Showcasing Galleries’ Dynamism
The CPGA tested the waters before embarking on the adventure, which was joined by Sylvia Ammon, co-director of the Paris International Fair. On April 20, an email was sent to its 300 members informing them of its willingness to organize the event, provided, of course, that health conditions would allow the public to attend. This was even before the end of the lockdown was announced for May 19. "We took this initiative because the government seemed rather in favor of reopening in the short-term," says Ms. Ammon. And, Ms. de Spéville adds, "As an association, it was crucial for us to show that we were offering solutions to inclusively revive the sector. At the same time, before setting up a team we needed to know if galleries were willing to follow us. According to our calculations, the event could be self-funding if about 50 galleries participated. But we didn’t expect such a huge response!" Ms. Bonnefous is still amazed. "We had a hundred replies in three days," she says. "I answered as soon as I got the email," says Martine Aboucaya, Yvon Lambert's fellow partner for 14 years. “I’d never participated before, but this time it seemed vital because we all need to be together after months of lockdown to share our feelings.” Nathalie Berghège of the Lelong gallery adds: "The main thing is to pick up where we left off, for not just the galleries but also the artists. We’re organizing a show of works by African-American artist Leonardo Drew that we wanted to do last year but couldn’t, because of Covid."

Proving that Paris is Still a Leading Art Capital
Given the diversity of dealers participating in the eighth Paris Gallery Weekend, which will feature 138 exhibitions including 95 solo shows, it is impossible to forecast a trend. "It doesn't matter," says Nathalie Obadia. "Everyone works in their own way, from the most experimental gallery to the most powerful. The main thing is to show that our profession, which has such a disparate image, is capable of coming together and that Paris is still Europe's leading art capital. I’m sure we’ll have a great many visitors since fairs still can’t take place, and even if they could, foreigners can’t come due to travel restrictions, except maybe a few Belgians or Swiss."

One thing is sure. While museums were shut, galleries that had been able to remain open for a while saw their visitor numbers rise. "We had visitors who weren’t used to coming," says Ms. Papillon. "I hope we managed to educate them about our profession, which not many know much about, and that we can encourage them to keep up with our news on a regular basis." Ms. Berghège agrees. "The challenge of this year’s Paris Gallery Weekend will be to help boost the profession’s profile," she says. According to Geraldine de Spéville, "This will be a transition year. We’ll have to think about developments for the future. Covid has reshuffled the deck. Recently, there have been more inter-gallery initiatives based on thematic or neighborhood walks. Of course, Paris Gallery Week will first have to get back to its roots. We hope the outlook is brighter next year, but we also have to ask ourselves some questions and, probably, come up with new initiatives to keep standing out."

FIAC in Paris: Back for Real
Not to be missed
Fairs