The limpid light and bustling figures in this Mediterranean capriccio create a lively, cheerful atmosphere. 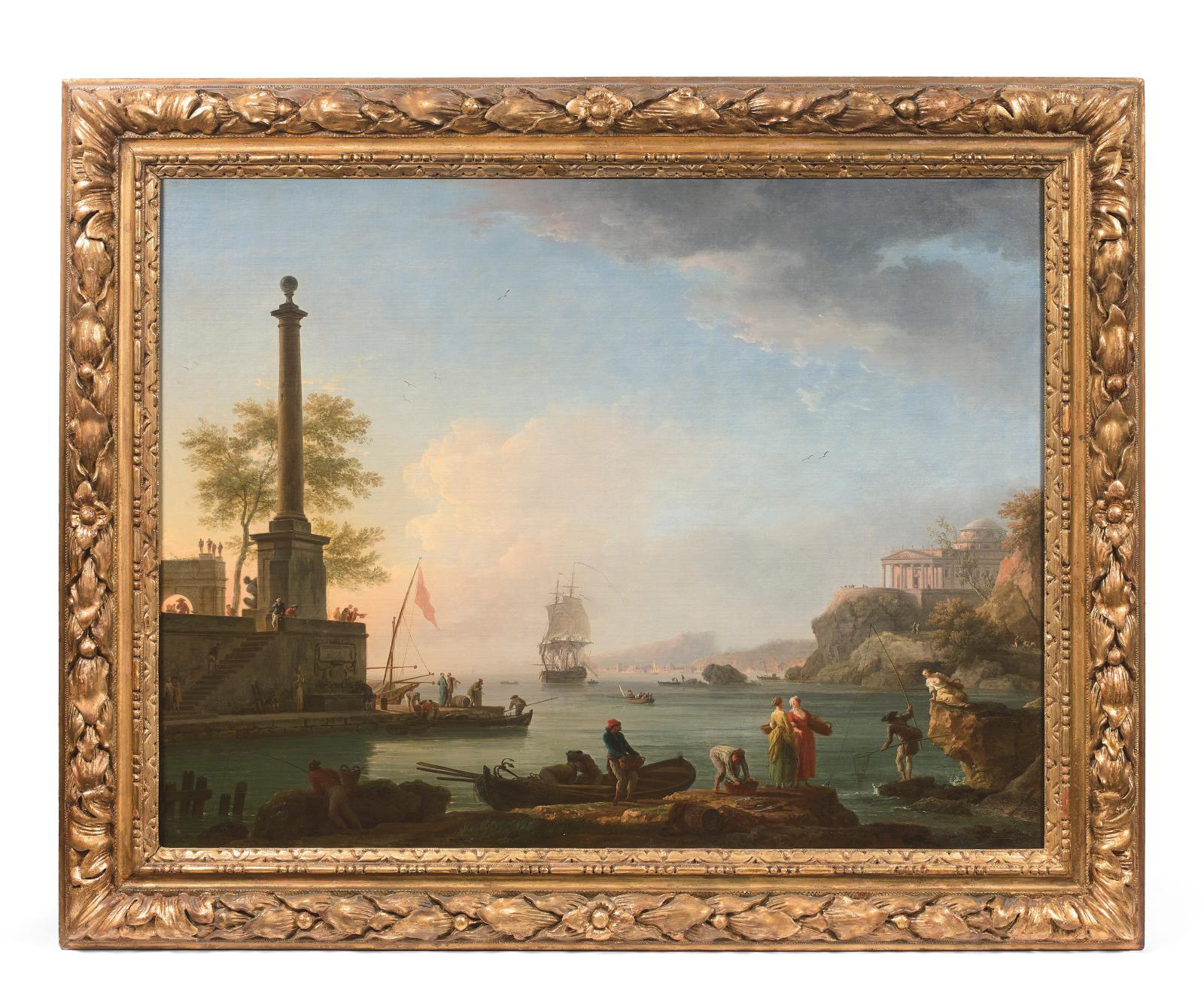 Claude Joseph Vernet was already famous when he made this picture in 1758. Five years earlier, Louis XV had summoned him from his native Avignon to paint Views of the Ports of France. From 1734 to 1752, he lived in Italy under the protection of the Comte de Quinson. From Rome, Vernet made several journeys, notably to Naples, where he painted his first seascapes, drawing from life. He trained with Pannini and Locatelli, studied the works of Salvator Rosa and pored over Claude Lorrain’s atmospheric effects. Hence the sense of Arcadian nature where Italian memories are present, as here in the evocation of the Pantheon and Trajan’s Column. Dawn or dusk? It is hard to say. The diaphanous light suggests sunrise, but the pinkish hue on the coast in the background and the fishermen pulling in their nets evoke sunset. The painting’s provenance is another strong point. It may have been commissioned by Marie-Thérèse Rodet Geoffrin, who gathered philosophers, ambassadors, enlightened nobles, and intellectuals at her twice-weekly salon. Some of them funded Diderot and d'Alembert’s Encyclopédie. According to her diary, Madame Geoffrin owned eight works by Vernet, including ours, which next entered Catherine the Great’s collection at the Hermitage in Saint Petersburg before the Soviets sold it to a collector in the 1930s. Now it is about to head for a new destination.