For its 10th anniversary, the three-day Art History Festival at the Château de Fontainebleau is focusing on pleasure—a breath of fresh air as instructive as it is enjoyable. Scientific director Veerle Thielemans sat down to talk to us. 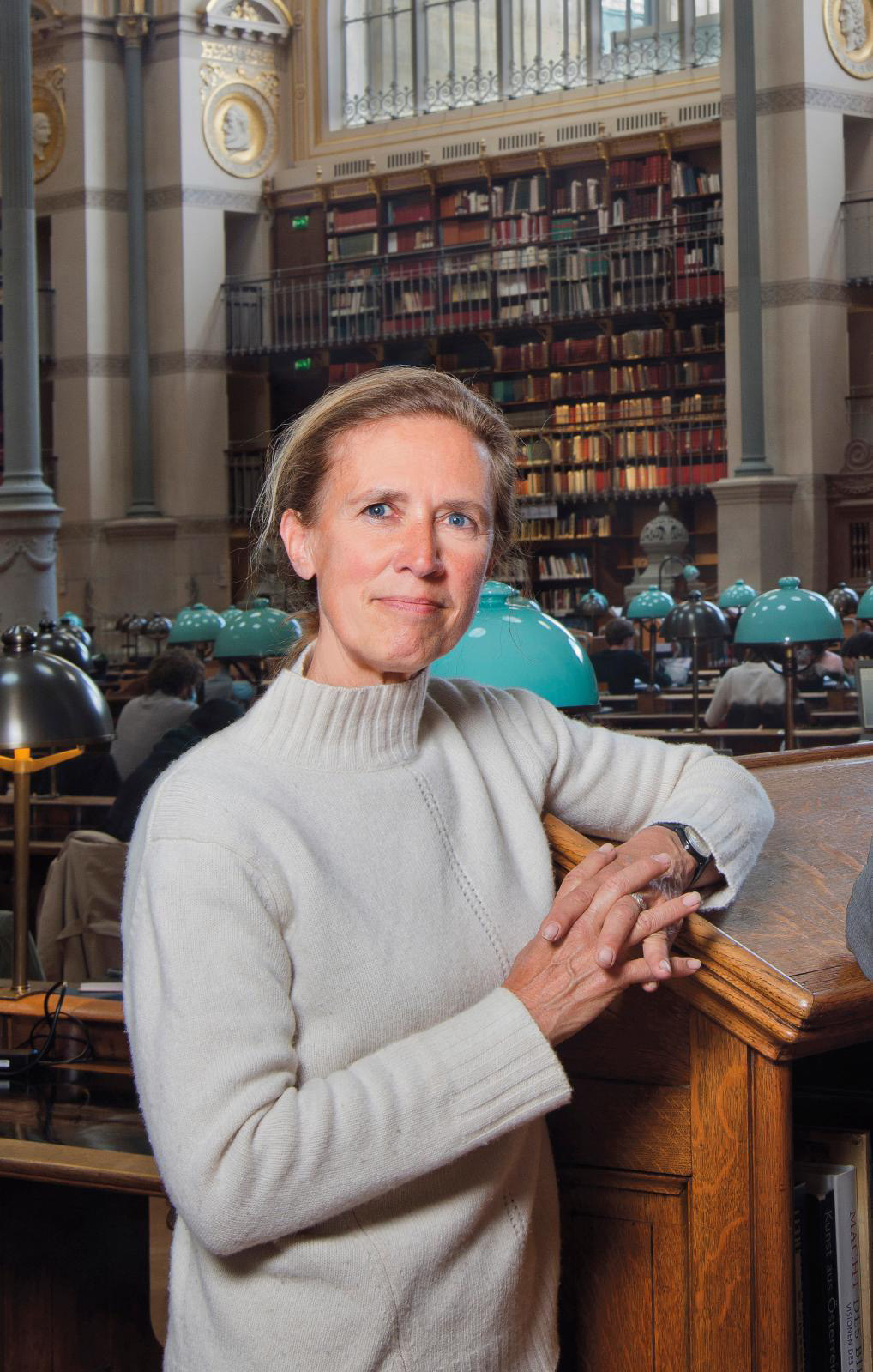 Each year, the festival deals with a universal subject such as dreams, nature, madness, laughter, etc. This year’s theme is pleasure. Why?
Because it’s key to our relationship with art: the pleasure we feel looking at objects and images and the pleasure artists take in making them. Moreover, whatever the times, the iconography of sensory pleasures is extremely rich. Art historians have always been interested in interpreting it by focusing on the depiction of feelings and the gestures associated with them. The theme of the five senses—sight, hearing, smell, touch and taste—leads us to address aesthetic, social, political and other kinds of questions without, however, overlooking those raised by contemporary gender studies on the male and female gaze. What place could be more appropriate for this than the Château de Fontainebleau, whose gardens, decoration, furnishings and architecture embody the pleasures of the Court?

After the long months of lockdown, the timing couldn’t be better.
In fact, the theme was originally planned for 2020 but we had to cancel due to the pandemic. We kept it this year because the festival will go forward, although in a hybrid format: in person with capacity limits and online with live videoconferences and simultaneous translation, if necessary. This won’t detract from the festive character we are aiming for. As usual, we’ve struck a good balance between round tables, panel discussions, tours, workshops, concerts and film screenings. For three days, artists from different fields will talk about their work and feelings. For the opening conference on June 4, visual artist and guest of honor Annette Messager will discuss the ambiguity of the sensory pleasure at the heart of her work with art historian Catherine Grenier. Painter Gérard Garouste will open the spring university, whose program, "Art History in Schools: Pleasure at Work", takes up the festival’s unifying theme. Then, a whole delegation will give voice to the "pleasure" of creating in all media, whether painting, comics, performance, ceramics or architecture.

Cinema will also play a prominent role. Actress Jeanne Balibar, another guest of honor, will talk about the pleasure of acting, while some 15 films about seduction and the senses will be shown, from Michael Powell’s Oh… Rosalinda! (1959) to Marco Ferreri’s The Big Feast (1973). A round table will focus on the depiction of the feast throughout history. For the first time, tours focusing on olfactory pleasure will take place in the château’s gardens. Other physical or virtual tours are planned of the Turkish boudoir, Marie-Antoinette's private space, and the recently restored imperial theater, a place of musical pleasure. Art historians will talk about the role of the female nude in Western art, starting with Primaticcio’s frescoes in the Renaissance galleries. Lastly, great collectors like Pierre Rosenberg, former head of the Louvre Museum, and Laurent Dumas, chairman of Emerige, will talk about their passion.

Alongside the selected theme, this year’s guest country is Japan. Do they tie in with each other?
Yes they do, although the choice of the central theme and the guest country are always made independently of each other. However, the links between them are obvious, although we didn’t look for them. Japanese aesthetics are very sensory and lend themselves particularly well to expressing a wide range of emotions: anger, sadness, joy and pleasure. The arrangement of shapes and colors and the care taken with materials strike an emotional chord with visitors. That’s why we’ve scheduled floral composition, origami and kimono-fitting workshops. Tea ceremonies in the Urasenke School tradition are also planned, with a docent explaining this ancestral ritual of hospitality and awakening of the senses. Visitors will also be able to explore the tea pavilion designed by architect Kengo Kuma. A round table live from Tokyo will focus on the pictorial expression of joy.

Will the festival extend beyond the city of Fontainebleau?
Yes. during the week following the event, themed tours focusing on pleasure will take place at the Louvre. Similarly, the Maison de la Culture du Japon will host talks on the history of Japanese gardens and cinema through the lens of the senses. Later, in autumn, the Art History Festival's talks will continue at the Lambert Collection in Avignon and the fine arts museums in Dijon and Reims.

How would you define the event?
Since the festival’s creation under the aegis of the Institut National de l’Histoire de l’Art (INHA) in 2011, it has aimed to be a place where audiences, art historians and professionals in related fields can come together. It offers an opportunity to pass on knowledge and assess the state of research. But above all, it meets an essential challenge, which is also one of the INHA's priorities: opening up art history, making it visible and accessible to as many people as possible, thanks to free admission, to show that it’s not self-absorbed and continues to evolve. I hope visitors will enjoy participating in this 10th anniversary. If there’s one feeling that should dominate after all these months of cultural deprivation, I’d like it to be a sense of joy in coming together and being there.