Vaux-le-Vicomte: Halfway Between the Public and Private Sectors 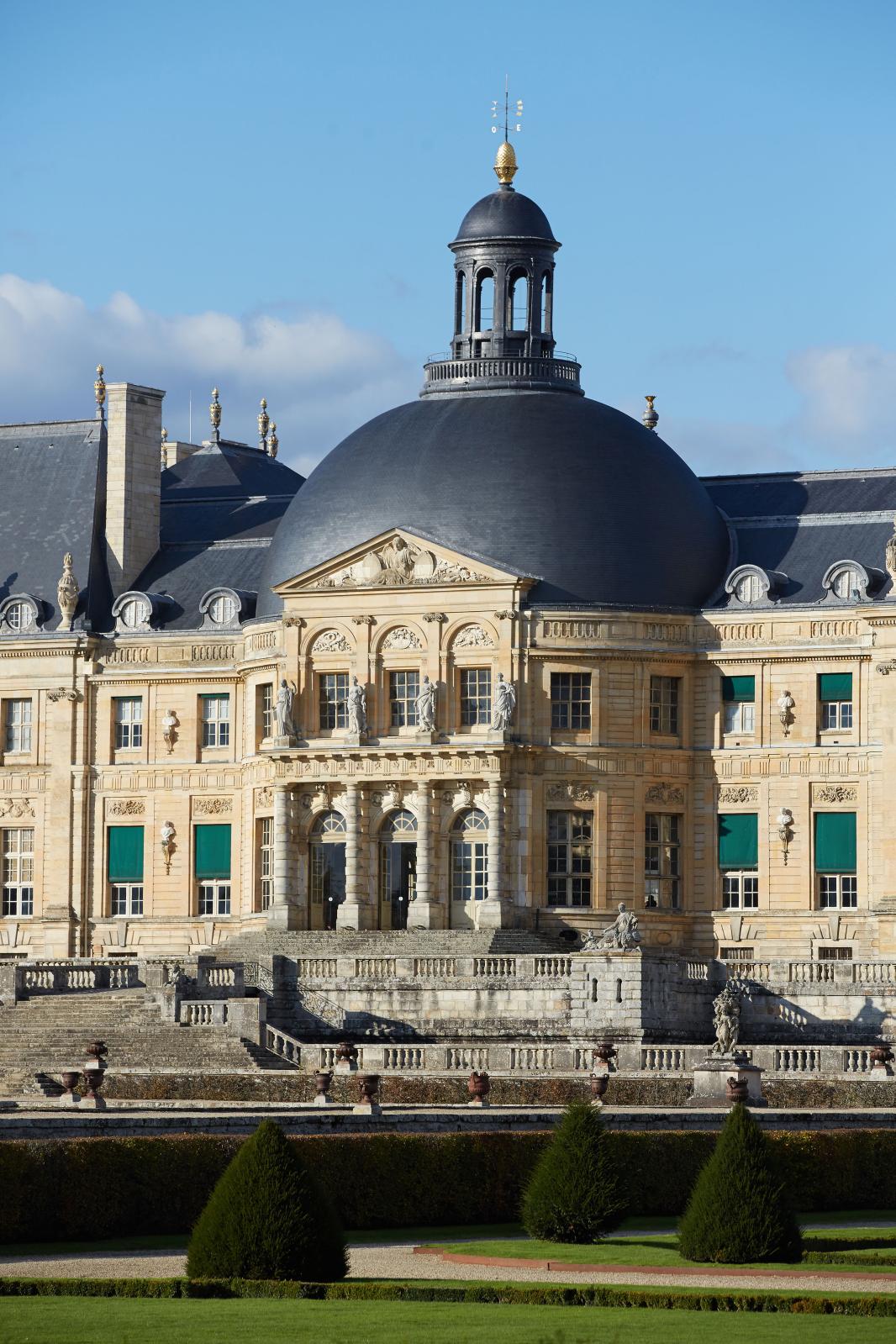 Endlessly Inventing
Balancing a sometimes staggering budget (€3 M for Cheverny, one of the Loire châteaux; triple that for Vaux-le-Vicomte) often comes down to squaring the circle, given the lack of substantial state subsidies (€50,000 for Vaux). Given the crippling cost of regular, non-standard restoration work (the average annual cost of safeguarding Vaux's château and garden is €1.3 M; €4.8 M for work on the Bohier building at Chenonceau in 2015), running these private behemoths makes it vital to diversify activities. The usual gift shops (with an average turnover of €700,000 at Vaux and €900,000 at Cheverny each year) are not enough to make ends meet every month. Every family outdoes the others in inventiveness just to stay on the competitive map of historic monuments. After creating the Tintin Museum in 2001, designed to boost annual visitor numbers of 350,000, Cheverny has been offering suites for hire in its outbuildings for several years now, and is planning to start up a vineyard by 2020, which will eventually produce ten thousand bottles a year – similar to the initiative of Chambord, its state-run neighbour. At Chenonceau, the Menier family has introduced a gastronomic restaurant as well as boat trips, late-night tours and mediation using iPods (a pioneering move at its launch in 2004) to satisfy some 850,000 visitors each year. At Choisel, Henri-François de Breteuil has been drawing on Charles Perrault's famous fairy tales since 1981 to entertain visitors with picturesque scenes, with the story of Bluebeard getting a revamp last winter.
Well-versed in staging egg hunts, Christmas evenings and its popular weekly candle-lit events with fireworks, Vaux now plans to turn to contemporary art, as Chenonceau has been doing for some years, like Versailles in the public sector. The first step was the opening in May of flowerbeds of temporary metal ribbons by Philippe Hourcade, while awaiting the restoration of André Le Nôtre's box bush embroideries. "Fouquet (its first owner – Ed.) should be an inspiration, but you have to be aware of the trend effect where contemporary art is concerned," warns Alexandre de Vogüé, co-owner of the château. "We are currently thinking about how to enter into dialogue with artists in an effective way – perhaps through residences." His mother, Cristina de Vogüé, adds: "Today, the most difficult thing to manage is what the public are after. Visitors have changed; they want fireworks, events and spectacular entertainment. Previously they wanted a setting, a story, a château. People no longer just look at exhibitions; nowadays there has to be a specific staging. But where historic monuments are concerned, one has to think in the long-term, and to resist the passing fads of the public. We can't do just any old thing to attract people." Duly noted. In 2016, the family abandoned the "chocolate palace" in its grand salon after eight editions, because "the show wasn't worthy of the château," says Alexandre, who took over management of the monument in 2015 with his two brothers.

Fresh Subsidies
The new generation's arrival at the helm has been somewhat of a revolution. "We are looking at a hundred years on from here," smiles the co-owner, who has taken a decisive step towards professionalising the management of a monument. Created in 1994, the family-owned property company is now supported by a board of directors in 2015, open to people from varied backgrounds like dealer and expert Étienne Breton, and architect Cyril Bordier. "Governance is now more fluid, because it enables us to take discussions about the château's future beyond the family fold," says Alexandre de Vogüé, who is happy to have broken even at last for the last four years, and to be able to open the doors of public administrations again. While the local authorities had turned their backs on the château and the Ministry of Culture had pared down its subsidies each year, the new position taken by Vaux has produced results. Firstly, the DRAC (Regional Directorate of Cultural Affairs) has made a commitment this year – in principle – to contribute to the financing of infrastructure restoration projects like the hydraulic system and the Triton sculptures in the ponds and fountains (€570,000) and the future project for the Grand Salon, scheduled for 2020. Secondly, the Île-de-France region is providing €700,000 over three years, which enabled a new spatialised sound circuit on the life of Nicolas Fouquet to be opened in May.

Pauline Prévost-Marcilhacy: The Rothschild Women
Not to be missed
Cultural Heritage