A major figure in kinetic and optical art, the Hungarian-born French painter focused on visual perception in his works. 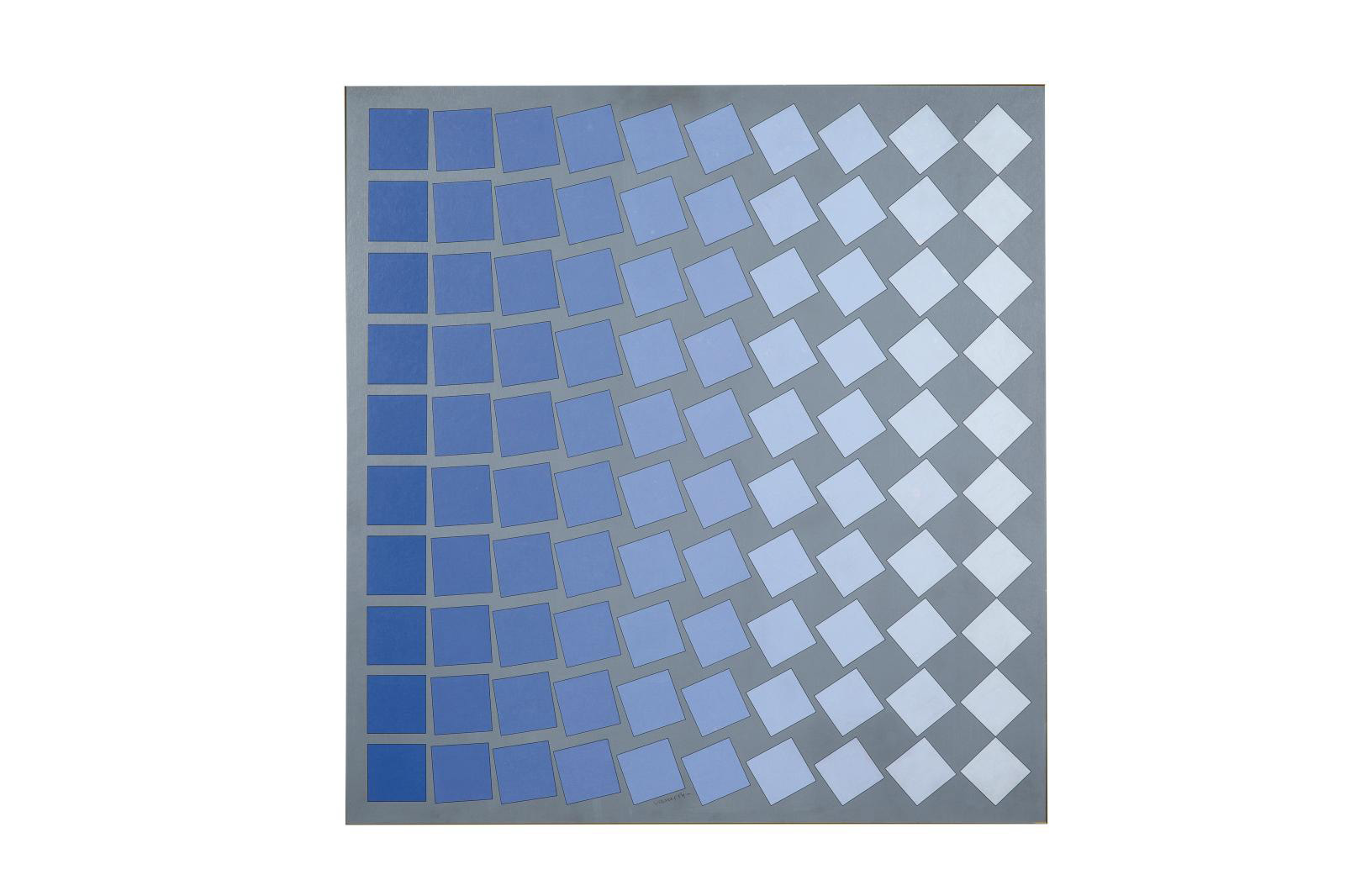 With these squares that seem to fly away as their blue lightens in intensity, creating a rising movement from left to right in the panel they seem poised to leave, Victor Vasarely illustrates kinetics as he defined it in the Yellow Manifesto, published in 1955: "Form can only exist when indicated by a colored quality. Color is qualified only when defined by form." It thus only takes two contrasting "form-colors" to create a "plastic unit" as a basis for any creation. The simplest is the square in a two-dimensional plane. It all gets more complicated when you consider that this square becomes a four-dimensional space through the movement it implies. The artist then animates the geometry to make it into a plastic work. In an approach aimed at the democratic dissemination of art, the principle can be multiplied ad infinitum, in different sizes, from the scale of a painting to that of a city. This contemporary art sale was also successful for Baya Mahieddine, whose L'Âne bleu (Blue Donkey), a gouache and watercolor from c. 1950, garnered €88,400 (100 x 150 cm/39.4 x 59 in)—a world record for the Algerian artist (source: Artnet). André Lanskoy followed close on her heels with €71,500 for his 1964 Méli-Mélo endiablé (A Frenzied Merry-Go-Round, 81 x 65 cm/31.9 x 25.6 in). However, Takashi Murakami's acrylic Enso: The Map to Freedom found no takers.

Soulages, Buffet, Baya and Shirley Jaffe
Not to be missed
Lots sold