The auction of this view of Montmartre was beset by a series of human and technological errors. 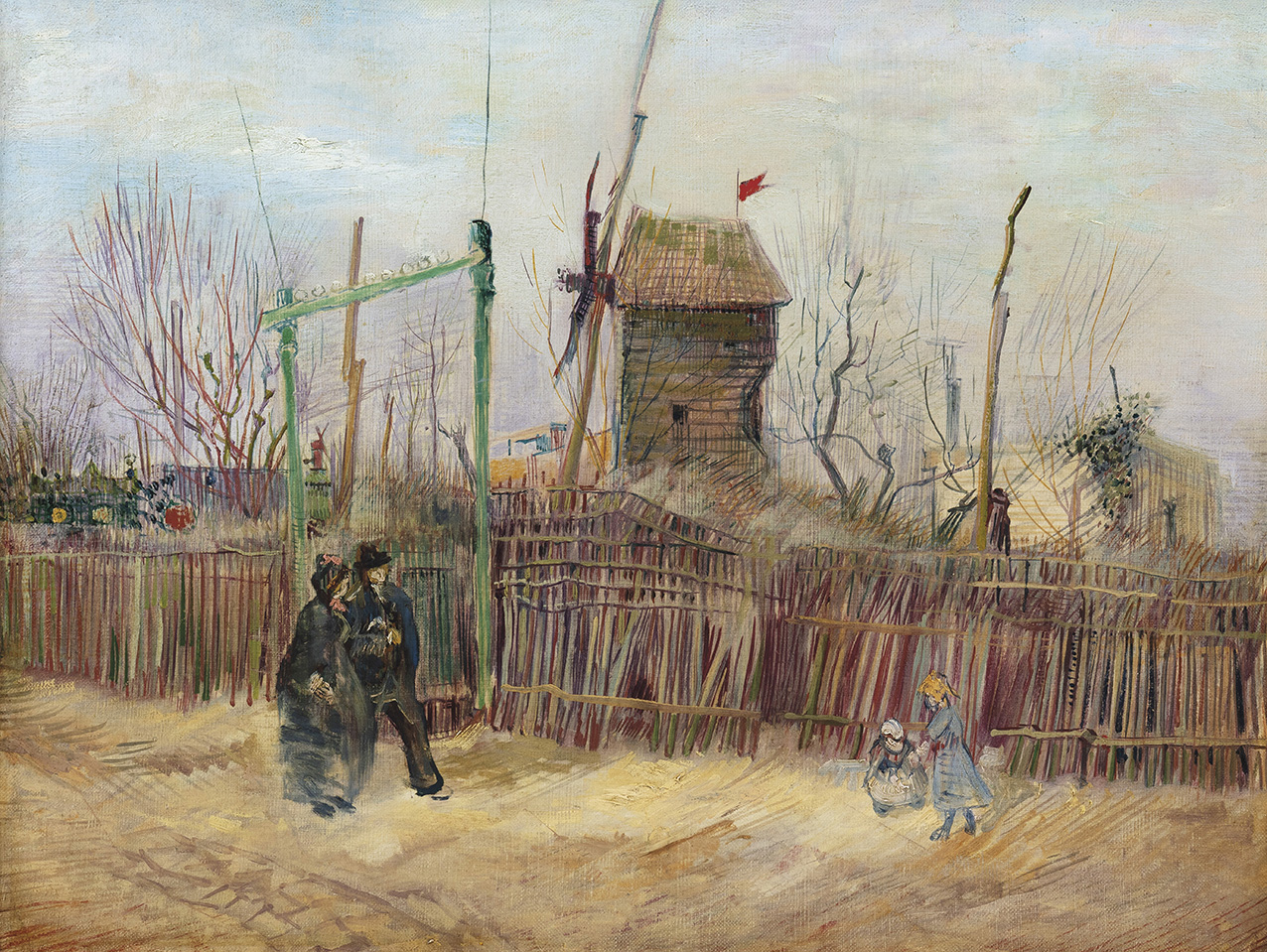 The Conseil des Ventes (Voluntary Sales Council) has expressed concerns about the bumpy ride afflicting Van Gogh's Scène de rue à Montmartre, the star of the sale at Sotheby's Paris on March 25. As the Gazette went to press, the newly appointed government commissioner to the Council was about to open an investigation. Yves Micolet, a magistrate from the financial division (and formerly the deputy), took up his post on April 1.

This view of the Butte, painted when Vincent was living in Paris with his brother Theo, had everything going for it. Paris auctioneer Fabien Mirabaud and his partner Claudia Mercier had been entrusted with this rediscovery by a family who had owned the work for over a century, from the time the artist was just achieving recognition. It was recently authenticated by the Van Gogh Museum (which only knew of it from a black and white photograph, because it had never been exhibited before), and received an export certificate. It sold for €13 M (including the buyer's premium): a French record for the artist. The painting thus doubled its estimate of €5/8 M (obviously an underestimate)—as did all those in the sale, in fact—so an announcement that 42% of the lots had exceeded expectations was, as ever, a consolation in these troubled times. At €2.8 M, La Cueillette des pois (Harvesting Peas), commissioned from Pissarro by Theo Van Gogh, also doubled its estimate. This had recently been in the news when it was returned by an American collector to the descendants of Simon Bauer, from whom it had been looted during the war.

A Series of Incidents
But not everything went smoothly. The Paris auctioneer had chosen Sotheby's not only to promote the painting on an international level, but also because the family trusted Patrick Drahi's company to manage a worldwide cross-category sale, online and by telephone. After a long duel between a bidder in London and a rival in Hong Kong, who communicated by phone with Sam Valette and Nicolas Chow of Sotheby's, Aurélie Vandevoorde brought down the hammer at €50,000 over €13 M. She immediately retracted, announcing "an online bid in the nick of time" at €14 M, and stated the work sold anew. Half an hour later, she changed her mind again, announcing that the sale would be reopened at the end of the auction. This time the online bidder vanished into cyberspace, and the gavel finally came down on €11,250,000 to the original London client. Artnews revealed that it was Lisa Reuben (from the famous family of collectors), who used to work for Sotheby's.

Knocked Down, but Not Sold
The Van Gogh was thus knocked down three times in less than an hour, whereas by law, a lot that has "gone" is definitely sold. No explanation was given during the sale. Fabien Mirabaud and Claudia Mercier had already left the room to join the sellers, so were obviously not consulted, nor were their clients. The auctioneer simply told us that he intended "to do everything to protect the interests of the family he represented", refraining from any further comment. Sotheby's did not say whether it was considering compensating the family for the €2,750,000 loss between the two episodes.

However, Sotheby's did tell us that, after the second auction process, it had contacted the winning bidder, who "denied having wanted to bid and clearly did not have the means to pay the price of this bid." As well as the fact that the second explanation seemed to contradict the first, Sotheby's implied that this participant had not been vetted, in principle, despite being allocated a paddle (no. 73). "Sotheby's therefore decided to apply the terms and conditions of sale, which stipulate that when an error appears to have been made or a dispute has arisen, the director of the sale has the 'discretionary power to declare that the sale has not taken place and may decide, as appropriate, to designate another successful bidder, or continue with the bidding, or cancel the sale and put the lot in question back up for sale.'" The auction house states that it "informed all the previous bidders", emphasizing the fact that a result "largely above the high estimate" had been obtained. Adding to the confusion, other contradictory explanations seem to have been submitted subsequently, including to the Conseil des Ventes.

Uneven Increments
According to an anonymous inside source, the sale was in fact disrupted by several glitches. Essentially, the winning bidder expressed incomprehension at having had to make a jump of nearly €1 M for their final bid, while Sam Valette, communicating with Lisa Reuben, was several times authorized to go up by only €50,000 by an Aurélie Vandevoorde with a big, knowing smile ("because it's you, dear Sam!"). The bidding structure clearly shows that each time the online bidder came forward, they bid a round number (9, then 13, then 14 million). In this case, as well as the fact that one lot can hardly be legally sold three times in a row, the sale could be suspected of treating the bidders unequally.