Van Dongen in Deauville, King of the Boardwalk

It is hard not to fall under the spell of this painting by the most Parisian of Dutch artists, Kees Van Dongen. Dating from the mid-1920s, it reflects the fashion for the Normandy coast during the Années Folles. 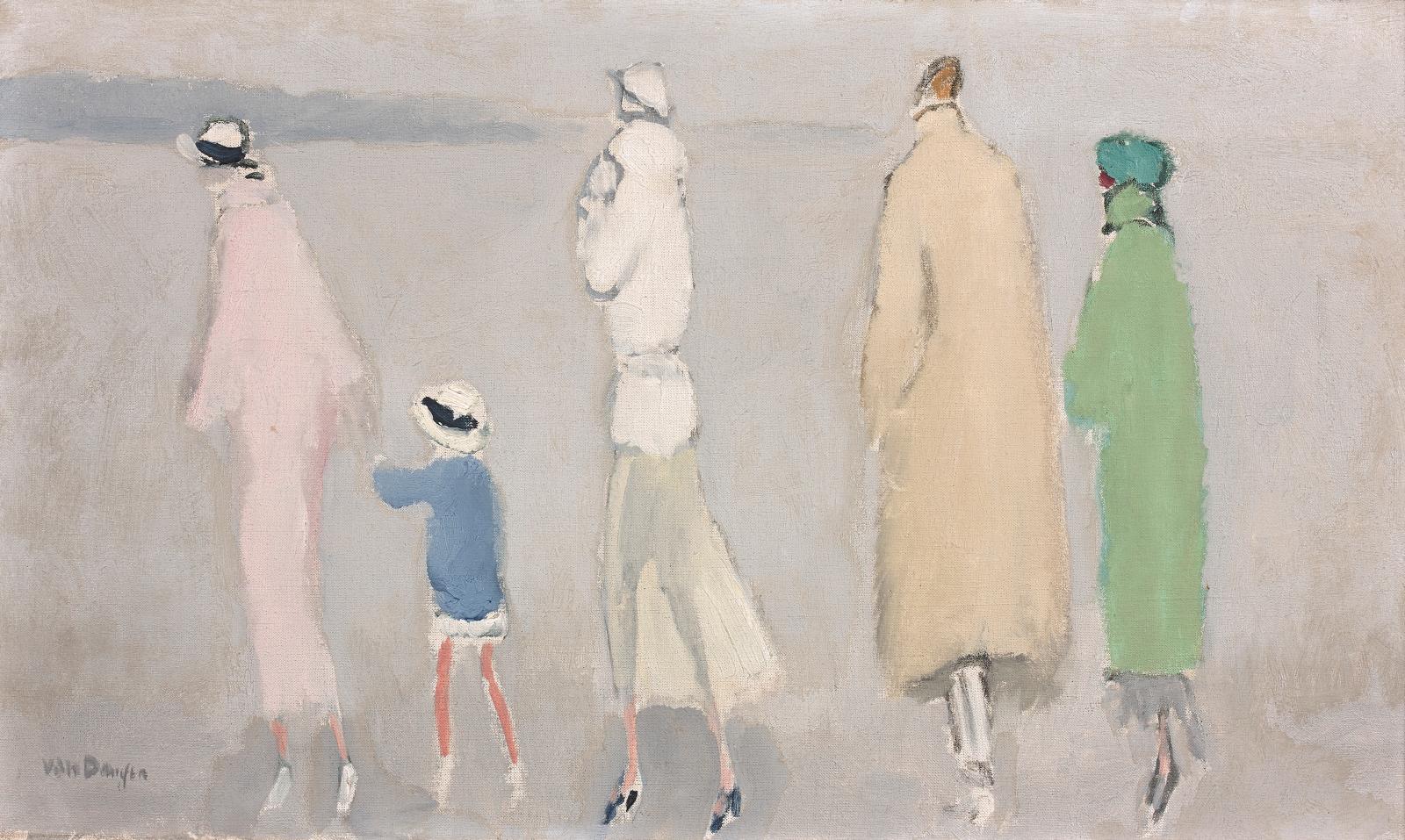 On 28 November, the day after Coutau-Bégarie obtained €456,000 for Calèche avenue du Bois de Boulogne, dated around 1954, our painting’s estimate seemed more than reasonable. Exhibited at the artist's show in his studio on rue Juliette Lamber in Paris, it has been out of sight for many years. His contract with the Bernheim-Jeune gallery ended in 1916, which is probably why in 1920 he decided to start showing his works at home, first at Villa Saïd in the 16th arrondissement, then from 1922 in his studio next to Plaine Monceau. The strokes are very free — the canvas appears in some places — but despite or perhaps thanks to this great economy of means, everything is said. Movement is there, the bundled up silhouettes turning their backs on the viewer. We can guess how cold they are on the often wind-beaten Normandy coast. In 1913, Van Dongen and his family spent their first summer in Deauville. Like Paris high society, English aristocrats and American millionaires in the Roaring Twenties, he immediately adopted France’s most fashionable seaside city. His long silhouette with a white beard and a pipe could often be seen at the races, on the beach and at the Bar du soleil on the boardwalk. In 1920, he and designer Paul Poiret wrote a book entitled Deauville, which included Poiret’s texts and Van Dongen’s watercolours of the casino, the horse races and the terrace of La Potinière with its elegant women. This worldly, exuberant virtuoso of colour remained faithful to the beautiful resort, where the light reminded him of Holland.