The most Parisian of Dutch artists, Van Dongen left high society for a moment to concentrate on two little girls. 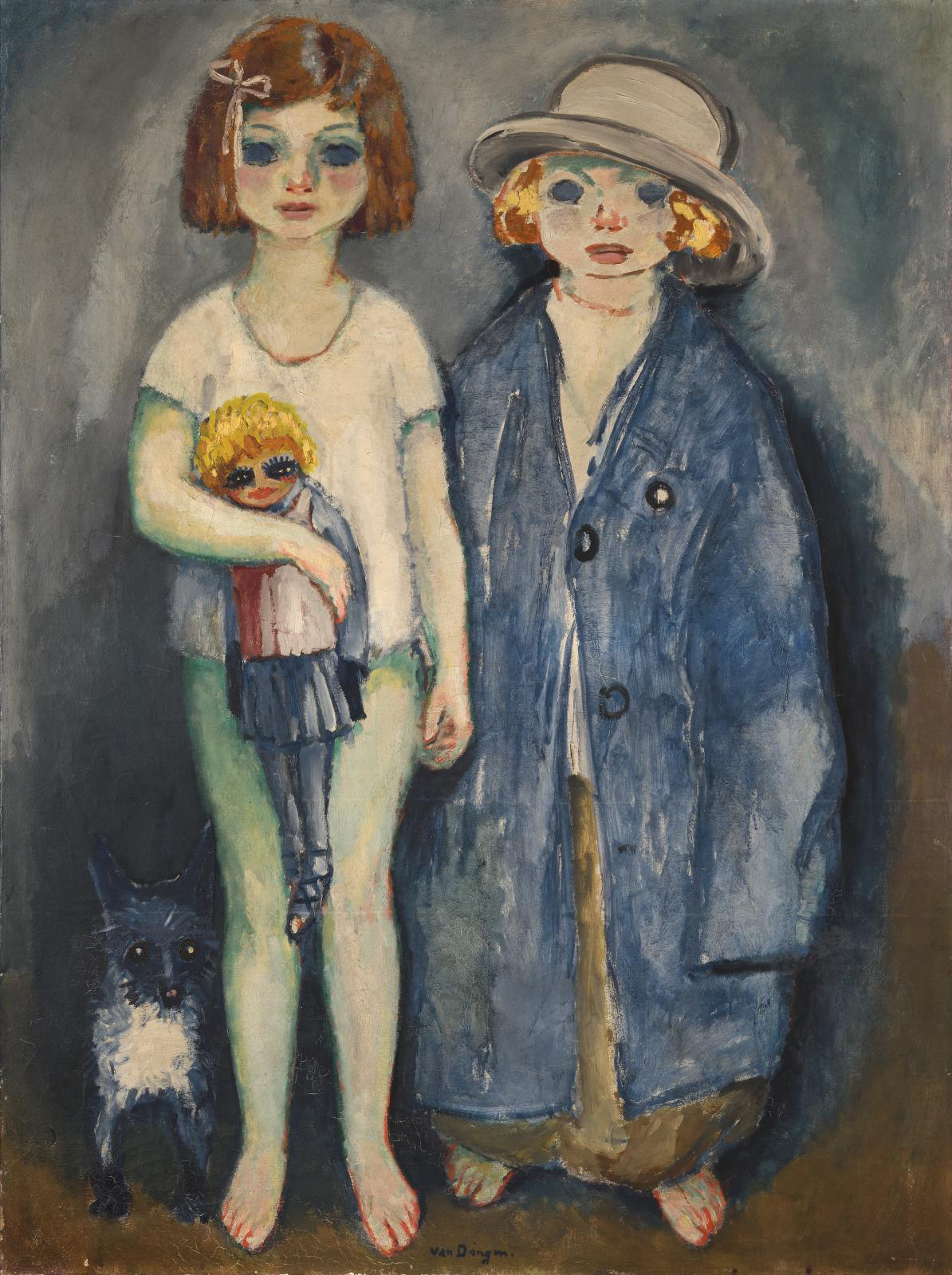 This large work (130 x 97 cm/51.2 x 38.2 in) made a great impression during the “Temps Forts” organized at the Hôtel Drouot. It was equally impressive at auction, as bidders fought long and hard before one of them finally carried it off at €971,550. Titine and Toto are the nicknames of these young ladies shown with a small blue dog and a doll. They were painted when Kees Van Dongen lived in a private mansion in the Villa Saïd in Pari’s 16th arrondissement—as indicated by the countersignature on the back—between 1916 and 1922. Just before the First World War, he met the Marquise Casati and Léa Jacob, known as Jasmy, a model in a haute couture store. Literally enchanted by the beauty, he left his wife Guus, who was unable to leave the Netherlands, and moved with Jasmy into this mansion, which became a place for working, living and entertaining. These two women opened the doors of high society to him, and he entered the artistic milieu of the Roaring Twenties, inhabited by Apollinaire, Kisling and Picasso. He gradually became the most sought-after portraitist of theater actresses and earned a solid name as a socialite painter. Anatole France, Comtesse Anna de Noailles and Charles Rappoport all vied with each other for the privilege of a sitting. This picture is a far cry from the exuberance of the Fauvist period, even if there are echoes of it in this double portrait, like his use of blue for the two girls’ dog. Their eyes are rimmed with black like their elders; their silhouettes are elongated, and one is wearing an oversize coat and a hat that make her look like a little woman. The work, which will be included in the artist's digital catalogue raisonné (currently underway) had already taken a turn at Drouot on December 21, 1925 (Mr. Bellier), when it garnered FF6,100: €5,500 at today’s value.