For its inaugural sale, the new auction house beared its teeth with a considerable result! 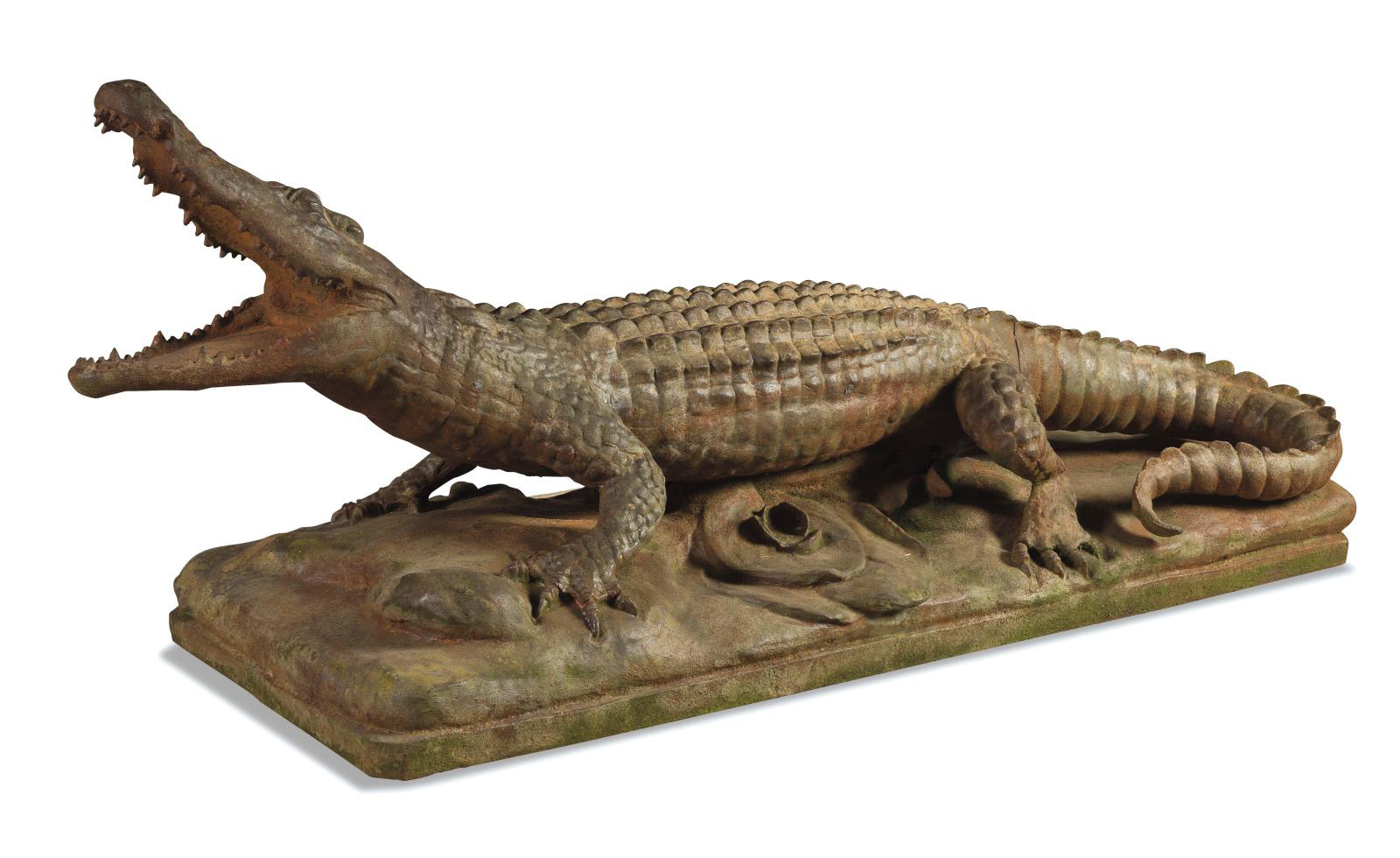 Impressive because life-size, but not that frightening despite its open mouth sporting a set of sharp teeth, this cast-iron crocodile from the second half of the 19th century fetched €21,692. The saurian illustrates the know-how of a leading factory of the time, the Fonderie du Val d'Osne, which closed for good in 1986 after operating successfully for a century, including at major international exhibitions. Cast-iron work has existed since the Middle Ages, but its peak coincided with the industrial revolution. Entrepreneurs made great strides, especially in the malleability of the material, which could then be molded into an infinite variety of shapes—as witnessed by the bacchantes lending their sensual curves to a pair of torchères (h. 176 cm/69.3 in) from the same period, which garnered a glowing €8,932. Here the cast iron is painted to imitate silver. In a very different spirit, La Polonaise, by Tamara de Lempicka (1898-1980), a 1933 aquatint (28.5 x 37 cm/11.2 x 14.6 in) of a woman reading, fetched €17,864.