Upside Down. The Underside of History at the Musée de Valangin

A royal walloping awaits our ignorance regarding underwear at the Musée de Valangin. The medieval castle overlooking one of Switzerland's most beautiful… 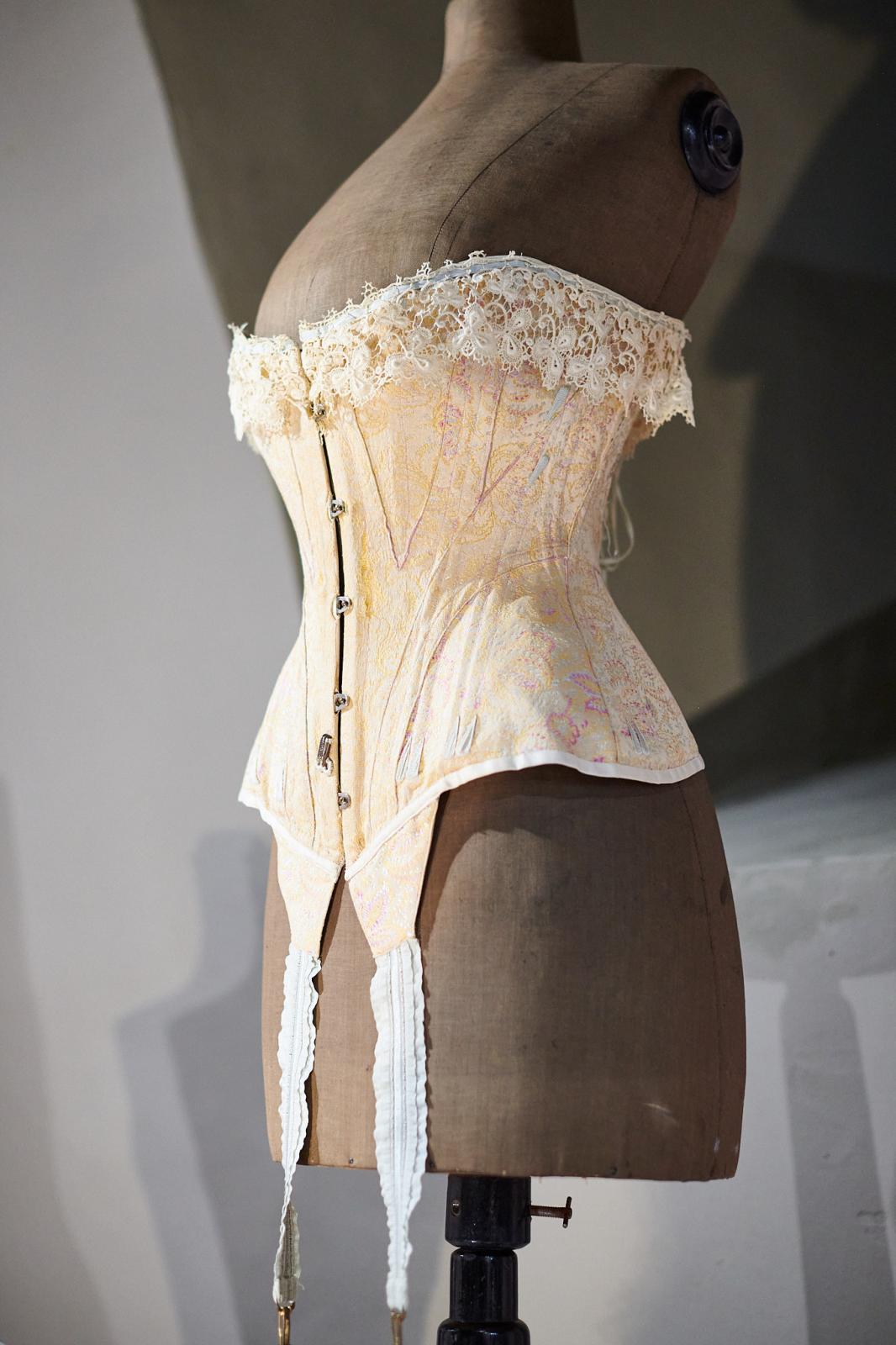 A royal walloping awaits our ignorance regarding underwear at the Musée de Valangin. The medieval castle overlooking one of Switzerland's most beautiful villages is now displaying the intimate side of life with a collection of underwear dating from the 18th century to the present day. A range of corsets, garters, bras, girdles and panties bears witness to changes in both social mores and canons of feminine beauty and charm. The exhibition, staged in shades of pink evoking the exceedingly white skin of erstwhile European fashionistas, is laid out in curves as though to evoke their own, lovingly exaggerated ones. The presentation follows the chronological development of underwear organized by category, starting with shifts, once worn beneath all types of clothing. Then comes attire for the legs – stockings, suspender belts, socks and so on, inviting visitors to move gradually up the female body with each fresh item designed to clothe or even imprison it, with knickers, petticoats and basques, ending with the modern bra, invented in 1889 by Herminie Cadolle, a member of the French Commune. The hundred-odd pieces chosen from the museum's collection of nearly four thousand highlights the Neuchâtel area's great specialty: lace. This much-exported product, which became famous in the 16th century, and even more so with the arrival of the Huguenots in the 17th, preceded the region's similar success with timepiece-making, and in fact paved the way to it.

A Triumphant Promenade in the Paris Region for Carmontelle

An Invitation to the Ball with Magnificent Evening Gowns by Worth

A Glimpse Into the Fashion of the Salons of the Second Empire
Newsfeed
See all news
Robert E. Lee Statue to Be Melted Down
Sarcelles France – Engraving Capital of the World Through December 12th
Discovery of an Extraordinary Mummy in the Region of Lima
"The Little Prince" Manuscript To Be Exhibited for the First Time in France in 2022
Not to be missed
Exhibitions