This pedestal table by Diego Giacometti is a tree in early spring, with branches full of sap-heavy buds. Here, no furred or feathered residents disturb its tranquil force. A vital upsurge barely arrested by the smoked glass top that lightly surmounts it. A simplicity that achieved miracles in 2011 at Christie's, driving... 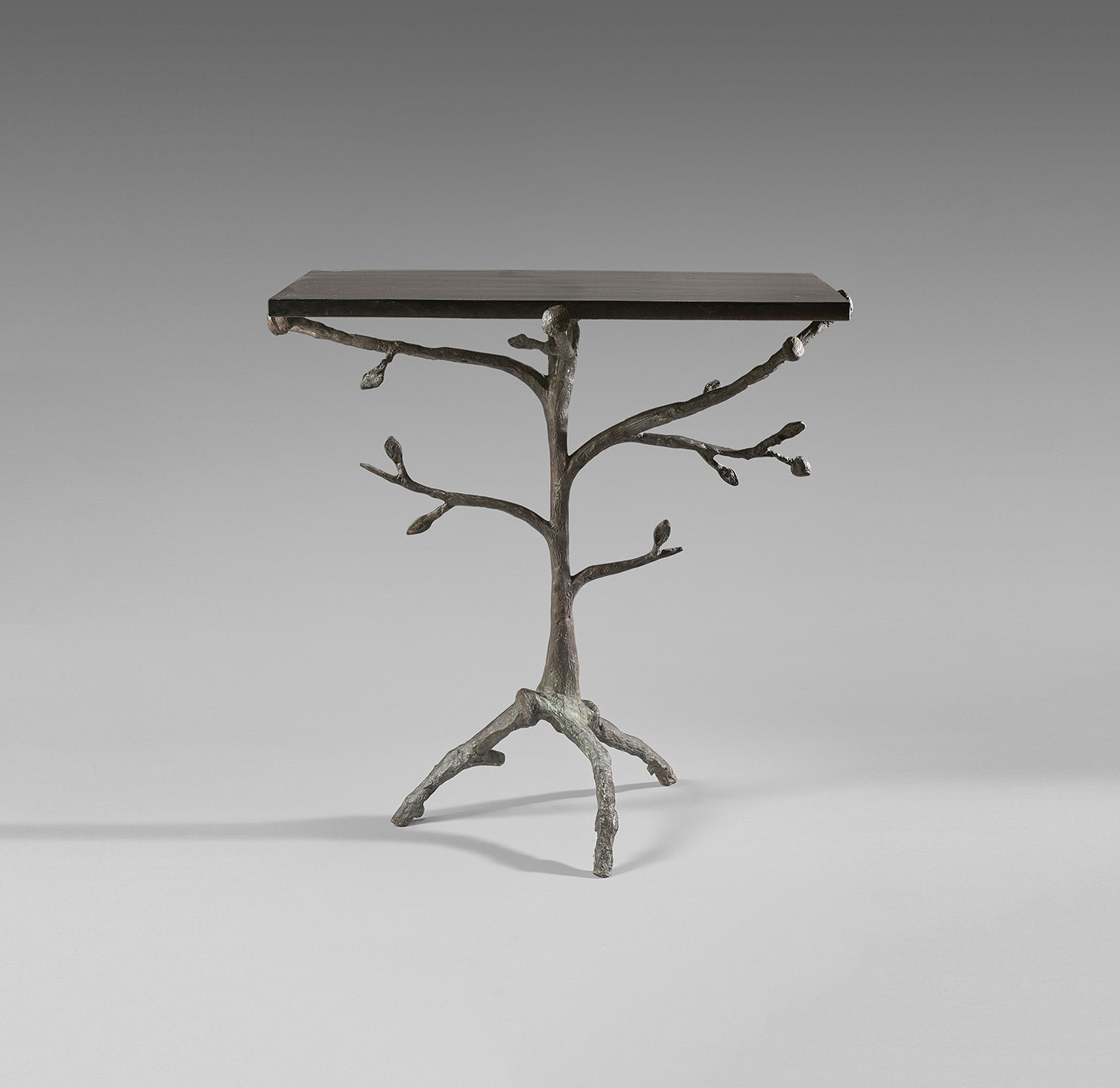 This pedestal table by Diego Giacometti is a tree in early spring, with branches full of sap-heavy buds. Here, no furred or feathered residents disturb its tranquil force. A vital upsurge barely arrested by the smoked glass top that lightly surmounts it. A simplicity that achieved miracles in 2011 at Christie's, driving a similar table up to over £1 million after an estimate of between £50,000 and £70,000. At the time, the result went against the trend, whereby objects inhabited by animals were the most sought-after at auction. Like the latter, this guéridon on offer at Drouot dates from quite early on in Diego's solo career, usually considered to have begun in 1966 after the death of his brother Alberto. However, the artist began receiving commissions for furniture after the Liberation, including from the painter and decorative artist Christian Bérard, and later from the British photographer Cecil Beaton, the writer Romain Gary, the American patrons Paul and Bunny Mellon, and, of course, the Maeghts, who asked Diego Giacometti to furnish their Paris apartment and their mas in Saint-Paul-de-Vence. Bought directly from the artist in 1964, the table here has remained in the family until now. The sale also features the other star announced in the catalogue's furniture section: an "Ombre" chair by Charlotte Perriand, dating from 1956 (c. €25,000). Despite its iconic status in the designer's corpus (embodying the minimalist inspiration, it was created for the "Synthesis of the arts" exhibition staged during her second stay in Japan), the model is not often seen in the saleroom. Also worth noting for lovers of Orientalism, a group of works by the painters Eugène Fromentin and René Billotte: around a hundred lots, which come straight from their legatees.