Treasures of the Valéry and Anne-Aymone Giscard d'Estaing Collection

Fascinated by 18th century furniture and decorative arts, the presidential husband and wife assembled an important collection in their Paris residence in the 16th arrondissement. A selection. 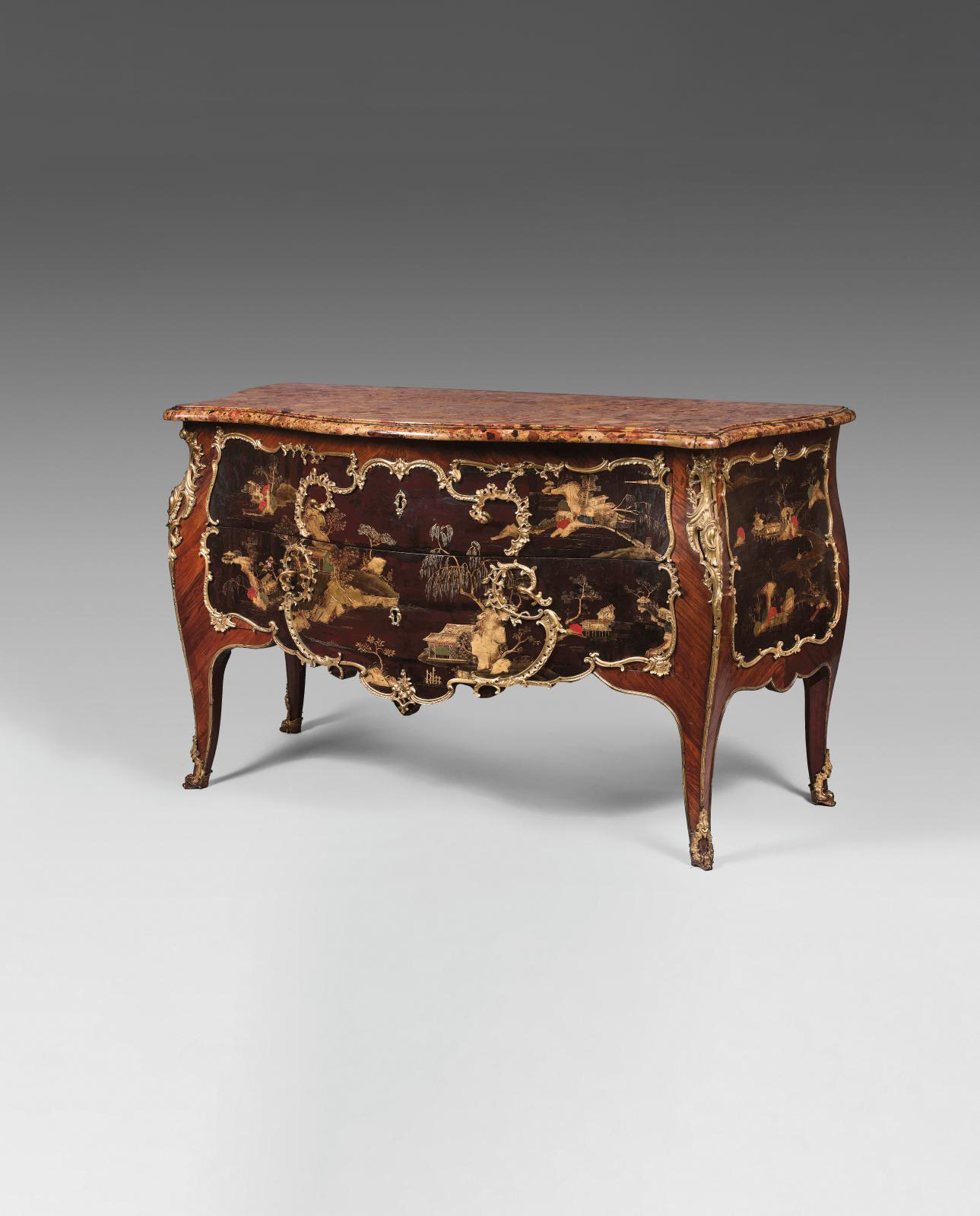 Like all stars, it will keep everyone waiting until the end of the sale. You can expect to pay between €300,000 and €400,000 for a Louis XVI kingwood veneer flat-topped desk stamped by Pierre Garnier. This work desk, of which a very similar example by the cabinetmaker (now in Lisbon’s Calouste-Gulbenkian Museum) once belonged to the Marquis de Biron, comes with a cartonnier fitted with a mercury barometer and a timepiece by François Ageron. This furniture once belonged to the Château du Fresne, in Vendôme, then the estate of General de Brantes, an ancestor of the former first lady. The same source will be providing a writing desk and a commode (see photo) in tulipwood veneer sporting lacquer panels decorated with Chinese landscapes. The former is attributed to Laurent Rochette, the latter has his stamp, and they are expected to fetch €12,000/18,000 and €25,000/35,000 respectively (see photo). Also with an attractive estimate (€20,000/30,000), a curious Empire period gilt bronze and patinated clock, surmounted by an allegorical statue paying tribute to General Antoine Desaix (1768-1800), could be of interest to a museum. Signed Claude Romain, this is a replica of the fountain designed by Charles Percier, inaugurated in 1803 by Bonaparte in Place Dauphine, in memory of Desaix (another illustrious Auvergne native) for the anniversary of the Battle of Marengo. It was said to be the first monument raised in Paris to honor someone who was not a monarch. Dismantled in 1875, it was transferred, incomplete, to Place Jean-Baptiste-Laurent in Riom in 1906. A collection of carved coconuts illustrates the vogue for "Indian nuts" that began in the 15th century: a pastime for sailors during fishing trips or work for convicts in around 1800 (estimate €100-300). Meanwhile, a bronze portrait of Gustave Mahler by Auguste Rodin (cast by Alexis Rudier between 1911 and 1914) evokes the former French President’s interest in both the composer and the sculptor (€20,000/30,000).