Tissot: Beneath the Veneer of Appearances

Seductive but slick, are James Tissot's paintings more complex than they seem? This is what the Musée d'Orsay exhibition intends to demonstrate. 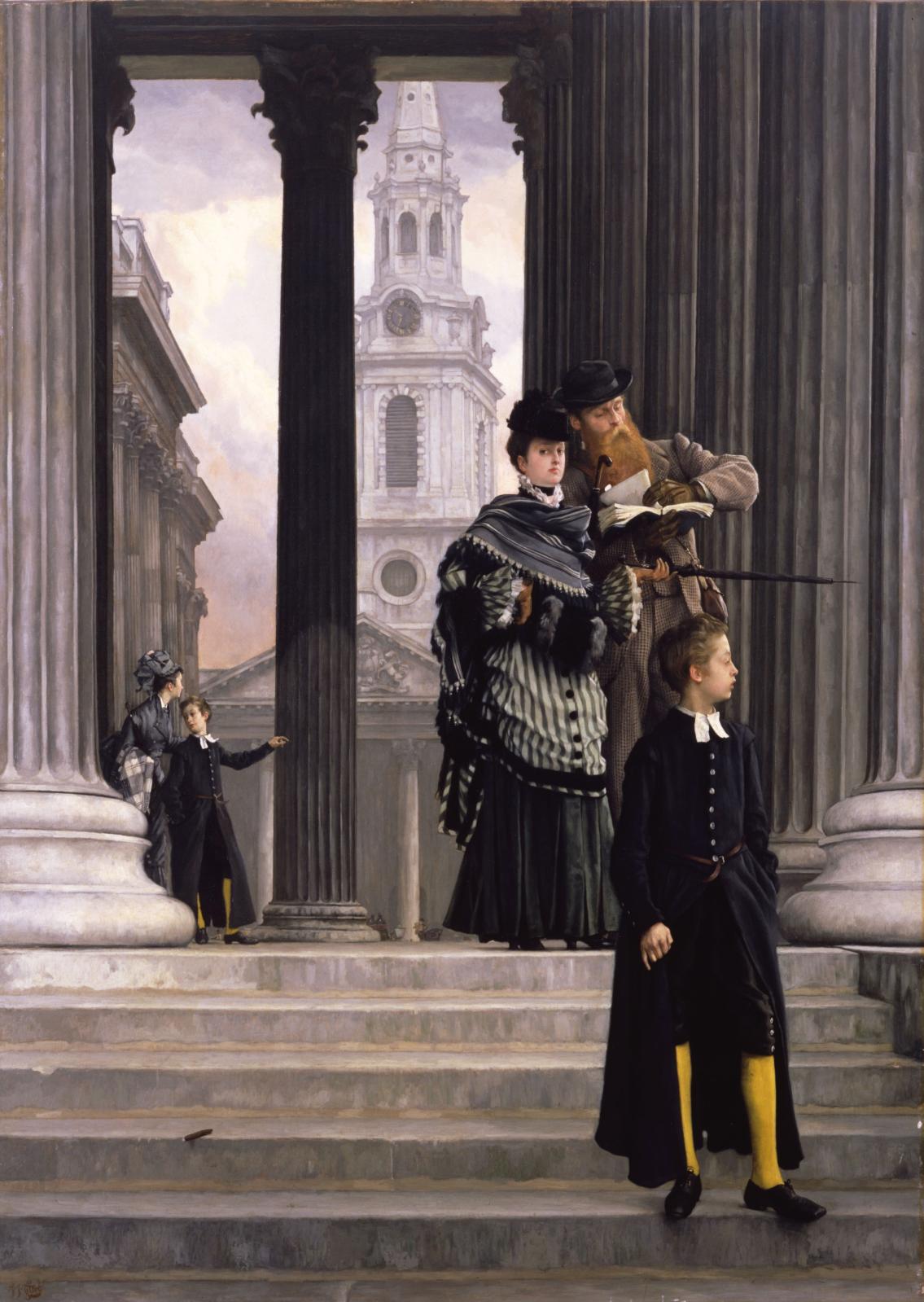 Admired in his time for his calm, composed painting, James Tissot (1836-1902) subsequently suffered from a long period of disenchantment for the very reasons that made him so popular. "At the last retrospective devoted to the artist at the Petit Palais in Paris, in 1985, the reviews were vicious," says Paul Perrin, curator at the Musée d’Orsay and co-curator of the exhibition. It took until the early 2010s for people to come to terms with this type of 19th century painting.
But Tissot has never entirely disappeared from the landscape, and some of his pictures are part of the collective imagination. "We wanted to show the density and depth of his images," says the curator. "Tissot was modern in terms of his subjects, way of being and how he led his career rather than his style. His paintings are full of references to literature, music and events in his life. He had an academic approach; he refused Edgar Degas' invitation to take part in the first exhibition of the future Impressionists in 1874. Some of his works evoke the aesthetics of the Pre-Raphaelites; other are tinged with Symbolism. But he remained free and independent."
Tissot's work is intimately linked with events in his life, which we follow in the exhibition's chronological circuit: his brilliant début in the Paris of the Second Empire, with large bourgeois portraits and Japanese-style subjects, and the London period from 1871, with his paintings of Victorian society, which delighted a clientele of aristocrats, industrialists and bankers. In England he met Kathleen Newton, the love of his life, who died from tuberculosis in 1882. He recorded her long decline in series of portraits, while his light-coloured paintings gave way to a darker iconography. Tissot returned to France, taking refuge in spiritualism (The Mediumistic Apparition, 1885) and religion. His series of illustrations of the Bible, after a journey to the Holy Land in 1886, was a great success, even as far off as the US.
A close study of his paintings reveals his exceptional virtuosity. His compositions are skilfully constructed. They teem with detail, and particular care is lavished on the setting, the rendering of fabrics and above all the materiality of objects. In addition (and this is one of the surprises of the exhibition), Tissot even created some himself. A group of vases, teapots and jardinières reveals his unexpected liking for cloisonné enamels.
Sixty-odd paintings suffice to give an overview of the painter's different facets while avoiding repetition and a sense of overkill. Tissot was talented, but not a genius. His art is finely crafted, but in no way revolutionary. His subjects are varied, but his style never really developed. Nonetheless, he was a singular artist, and that makes him an interesting one.

Renoir and the Sea
Newsfeed
See all news
New Appointments at Centre Pompidou’s Brussels Outpost Marred by Accusations of Sexism
Nepotism Accusations in South Korea After Resident’s Son Receives Art Grant
AirBnB Offers the Chance to Stay a Night in Gaudí’s Casa Vicens for Just €1
Two Yayoi Kusama Infinity Rooms Reopen at Rubell Museum, Miami
Not to be missed
Exhibitions
Augustin Rouart: Painting as Legacy at the Petit Pal…
The small-scale but dense exhibition devoted to "magic realist"…
Exhibitions
The Musée Cognacq-Jay Explores the Senses in the 18t…
This season, the Musée Cognacq-Jay, Paris, is focusing on the empire…
Exhibitions
The Torlonia Collection’s Marbles Unveiled in Rome
This large private collection of marbles from antiquity amassed…
Exhibitions
The Swiss Exception at the Musée d’Orsay
Does Swiss art exist? The Musée d’Orsay set out to answer the question…