The World of a Visionary

Looking set to reach no. 1 position at this book sale, this copy of the Imaginary Prisons is probably the most famous of all Piranesi's engraved series. 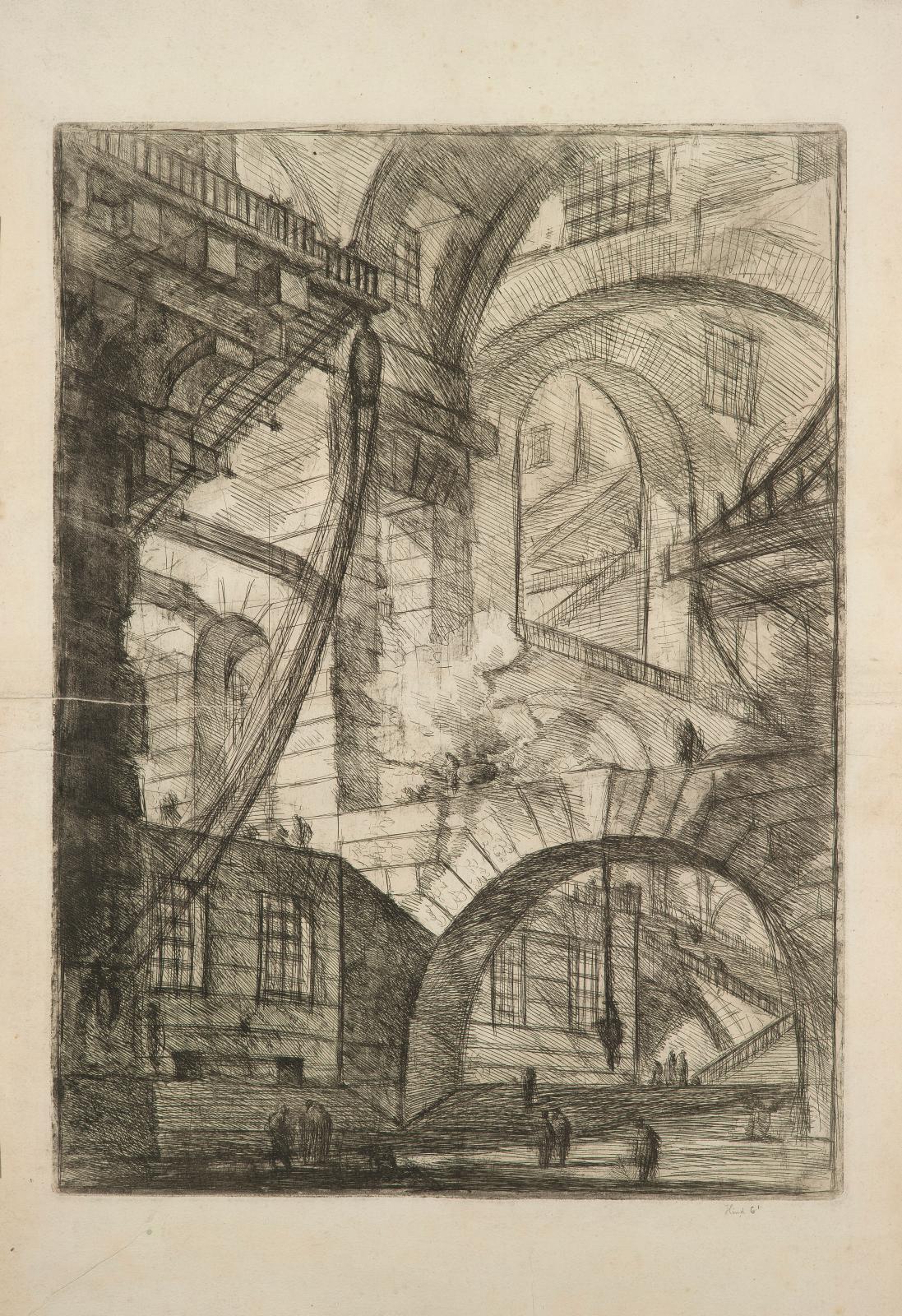 It's a hefty estimate, but this group is the work of an etching genius… Apart from the frontispiece, all the proofs come from the first edition, in their original state. The artist started working on them at 25, and the initial version was published in Rome in around 1749-1750. These proofs seem more like preparatory works, and differ from the subsequent versions and last states, published between 1750-1758 and the late 1770s. Here the compositions are saturated with cross-hatching and even darker, accentuating the dramatic character. Print historian Maxime Préaud, curator at the BnF, emphasises the "light, sometimes sunlit engraving" of the prints in this first version - "almost gay, despite the subject". The set consists of fourteen untitled, unnumbered vertical and horizontal formats, together with two plates from the second edition of 1761. In an enclosed, nocturnal world we can make out huge Gothic vestibules, openings striated with bars, endless stairways, hanging bridges leading nowhere, instruments of torture, creeper-like ropes attached to pulleys and a few ghostly figures. Projects that could be realised, or memories of a distant past? For the writer Marguerite Yourcenar, author of The Dark Brain of Piranesi, "the true horror of the Carceri lies not so much in some mysterious scene of torment as in the indifference of these human ants wandering through vast spaces." In contrast, her opposite number Jean-Paul Sartre considered that Piranesi never felt as liberated as he did in his Prisons…