Like all cultural institutions, the Rodin Museum in Paris is struggling with Covid-19’s repercussions. But the museum has a unique asset enabling it to weather the storm: its status as the rightful owner of Rodin’s works. 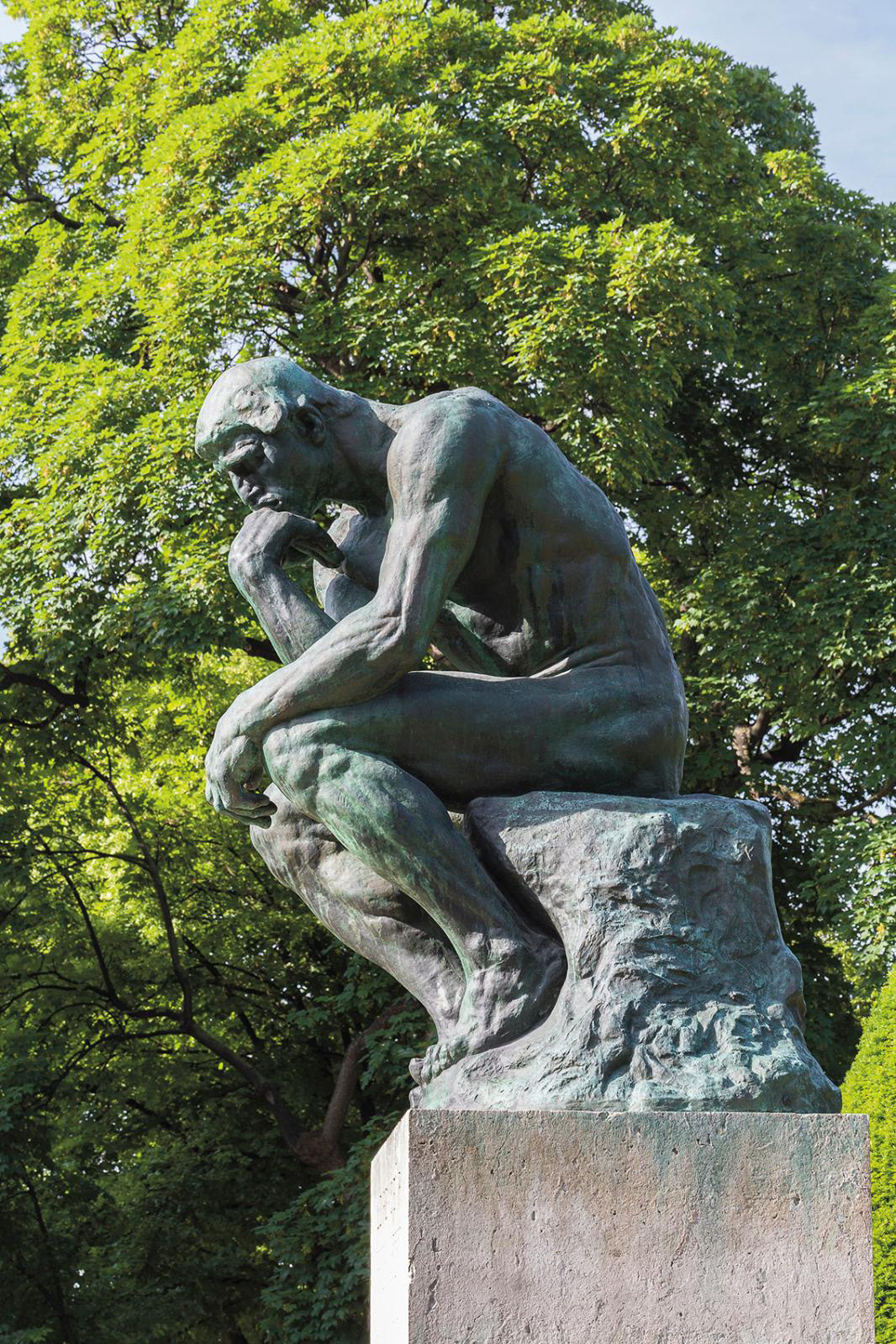 Not so long ago, everything was looking up. The museum in Rue de Varenne in the 7th arrondissement ranks among France’s most iconic institutions. A respectable figure of around 600,000 people visit it every year. It is especially popular with foreign tourists, who account for 75% of visitors. But the museum has suffered from a recent series of incidents. In 2015, when the Hôtel Biron, which houses the permanent collection, reopened after a three-year refurbishment, the outlook was bright. But the next day, November 13, a terrible wave of terrorist attacks rocked Paris. In 2017, just after the centenary of Rodin's birth, which went hand in hand with a sweeping retrospective at the Grand Palais, repeated strikes began, followed by the Yellow Vests protests. And these lasted until the outbreak of the coronavirus in early 2020, which forced the museum to close for over three months.

A Self-funded Museum
"We’ve never reached the same attendance level we had before the attacks," says museum director Catherine Chevillot. "However, Covid has inflicted the most serious repercussions." Before the second lockdown, shortfalls due to loss of income from all the usual revenue streams—tickets, shop sales, restaurants, space rental and patronage—were estimated at €4.4 million. These revenues are vital: they account for 70% of the museum's budget of around €11 million. And the figure is only provisional: during the summer break, attendance was 30% lower than normal due to the drop in international tourism. In late October, the deficit was aggravated by the closure of "non-essential businesses", including cultural institutions (losses now stand at €5M). Moreover, against all expectations, the closure was extended past the scheduled reopening date, January 7.

But the Rodin Museum has a unique asset that could well limit the damage, in the form of a specific source of revenue as Rodin's "beneficiary". A year before his death in 1916, the sculptor donated not only his works and property but also his copyright to the French State. As soon as the museum opened in 1919, this enabled it to produce and sell casts from original molds or models—up to a limit of 12 copies, of course: eight "originals" and four artist's proofs. In the artist’s mind, these resources would ensure that his museum would be self-funding. Despite being under the aegis of the Ministry of Culture, it is the only one receiving no subsidies. But, contrary to occasional press reports, the museum has not sold any of its sculptures.

Rodin on the International stage
The beneficiary clause was also designed to promote the international dissemination of Rodin’s work. This is indeed the case and accounts for how many sculptures joined the collections of the Metropolitan Museum of Art in New York, the Philadelphia Museum of Art, the Western Museum in Tokyo and the Shizuoka Prefecture Museum of Art in Japan. Now opportunities are appearing in new countries, like China. In 2019, a "Rodin Center" was almost created in Shenzhen. The deal fell through, but a similar project is expected to take shape in another city. In 2017, the United Arab Emirates acquired The Walking Man, on a Column, for the Louvre Abu Dhabi. fortunately, two other major sales took place just before the first lockdown in early 2020. In any case, even though the original posthumous works are worth less than the "historical" casts, i.e., those made during the artist's lifetime, their prices nevertheless range from €30,000 to several tens of millions, as with the imposing Gates of Hell acquired by the Soumaya Museum in Mexico City in 2015. These sales, which fluctuate, can generate up to 30% of the museum’s annual resources. Over the past decade, they have contributed an annual revenue of €3.7 million on average—roughly the same as ticket sales. In times of crisis, this is obviously a lifesaver. In July 2020, an online donation platform for private individuals was launched to support the museum, but without unrealistic expectations: giving currently focuses more on social causes and health. To cope with the situation, the museum intends to make its sales activity better known. "For a long time it’s been unobtrusive, and almost viewed as shameful," says the director, "although it’s perfectly legitimate, since Rodin entrusted us with this mission."

Over the last few years, in-house studies have been conducted to assess the editions and obtain an overview of future resources. "We’ve finalized a database of bronzes worldwide and taken an inventory of available molds," says Ms. Chevillot. The casting rights have run out on icons such as The Thinker, Monument to Balzac and The Burghers of Calais, but not on others, like the Gates of Hell. Some works have never been edited at all. So far, about 130 potential items for casting have been identified. The museum also promises to release three unedited works in 2021. "We've also started updating our marketing techniques," says Ms. Chevillot, "notably by increasing our sales channels." The idea is to diversify the clientele at the same time. In 2015, Rodin’s unedited Aphrodite went under the hammer at Christie's London for a million euros. partnerships with galleries are taking shape. During the summer of 2020, the Capazza gallery in Sologne organized a face-to-face between Georges Jeanclos’s clay sculptures and 12 bronze editions by Rodin, five or six of which were sold. New York’s Gagosian Gallery exhibited Tragic Muse, a sculpture from Monument to Victor Hugo, as part of a show about poet Rainer Maria Rilke. Scheduled during the lockdown, the exhibition was canceled, but the gallery kept the work. Other projects in Paris and London are under consideration. "Of course, the museum is on shaky ground," says Ms. Chevillot. “But our business model provides us with a certain capacity for resilience. We’re self-funding, but so far we’re managing to hold our own by drawing on reserves built up during surplus years through selling casts." But there had better not be too many other crises...

Rodin, Renoir, Mathieu: Milestone Works
Not to be missed
Analyses