Well maintained, ready to drive and decked out in its iconic colors—Silver Metallic 6006 paintwork combined with red leather upholstery—this 1960 Porsche 356 BT5 1600 S convertible did not have to flaunt its charms for long, and €174,000 was enough to get behind its wheel. 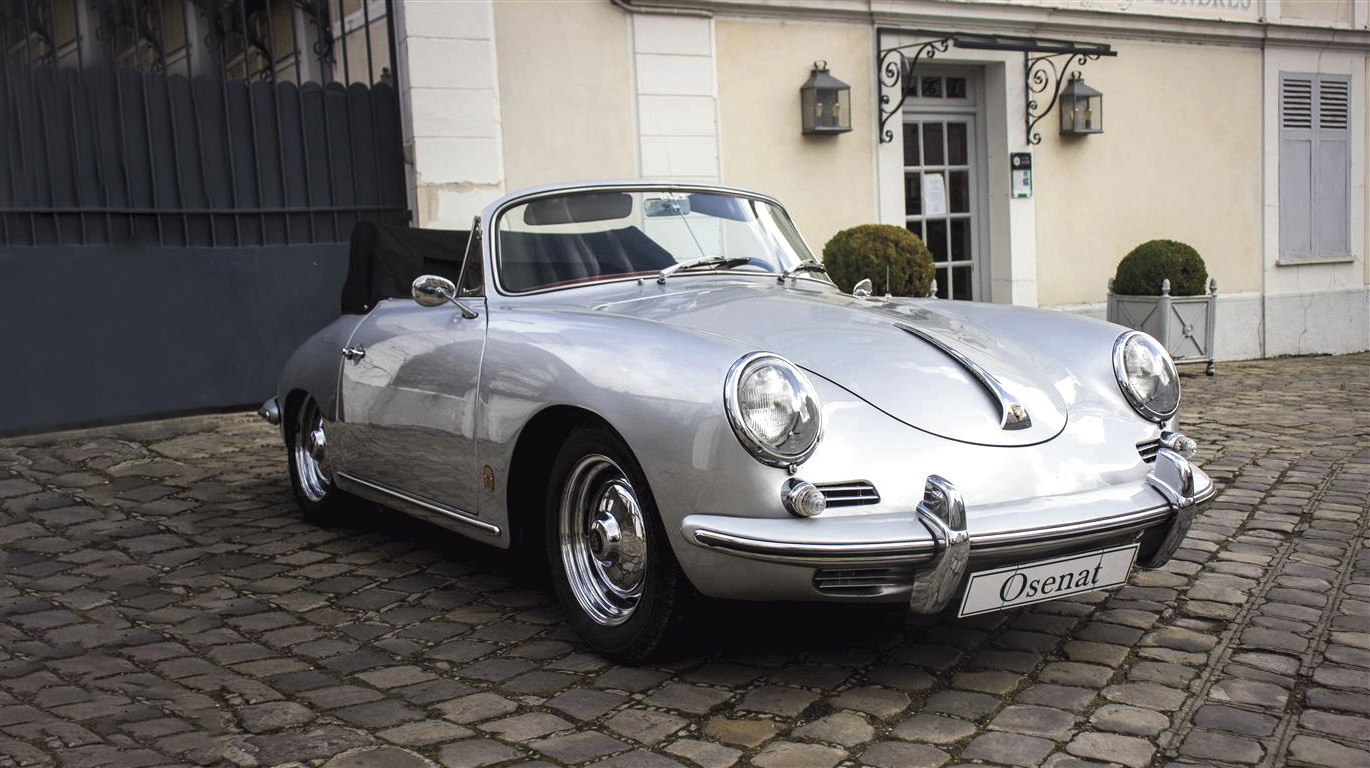 The 356 model had a fine career, from its debut in 1948 as a two-seater roadster designed by Erwin Komenda to the appearance of the 356 C in 1964, when the 911 started its warm-up laps. Along the way, this sports car was developed as a coupé, convertible, roadster and speedster. In 1951, the 356 won the legendary 24 Hours of Le Mans race in the 1100cc class and its engines became more powerful with the adoption of a new 1,600 cc 90 hp engine, and in various other models.

Produced the same year, a rare Maserati 3500 GT "touring superleggera" took second place at €120,000. This was unusual in that it was in original condition, with its pristine red leather interior and 3.5 liter six-cylinder engine powered by Weber carburetors. It had hardly been driven since its last purchase in 1963, and had only 54,974 kilometers (about 34,159 miles) on the clock. Lastly, €118,000 went to a Jaguar legend: the E-type series 1, 4.2 L roadster. The 1965 model here sported its original hardtop. However, a 1924 Salmson grand sport remained in the garage.