The Poetry of Fontanarosa, the Energy of Combas

These two days in Lille highlighted the work of Lucien Fontanarosa and Georges Mathieu, and the creativity of Combas and Speedy Graphito. 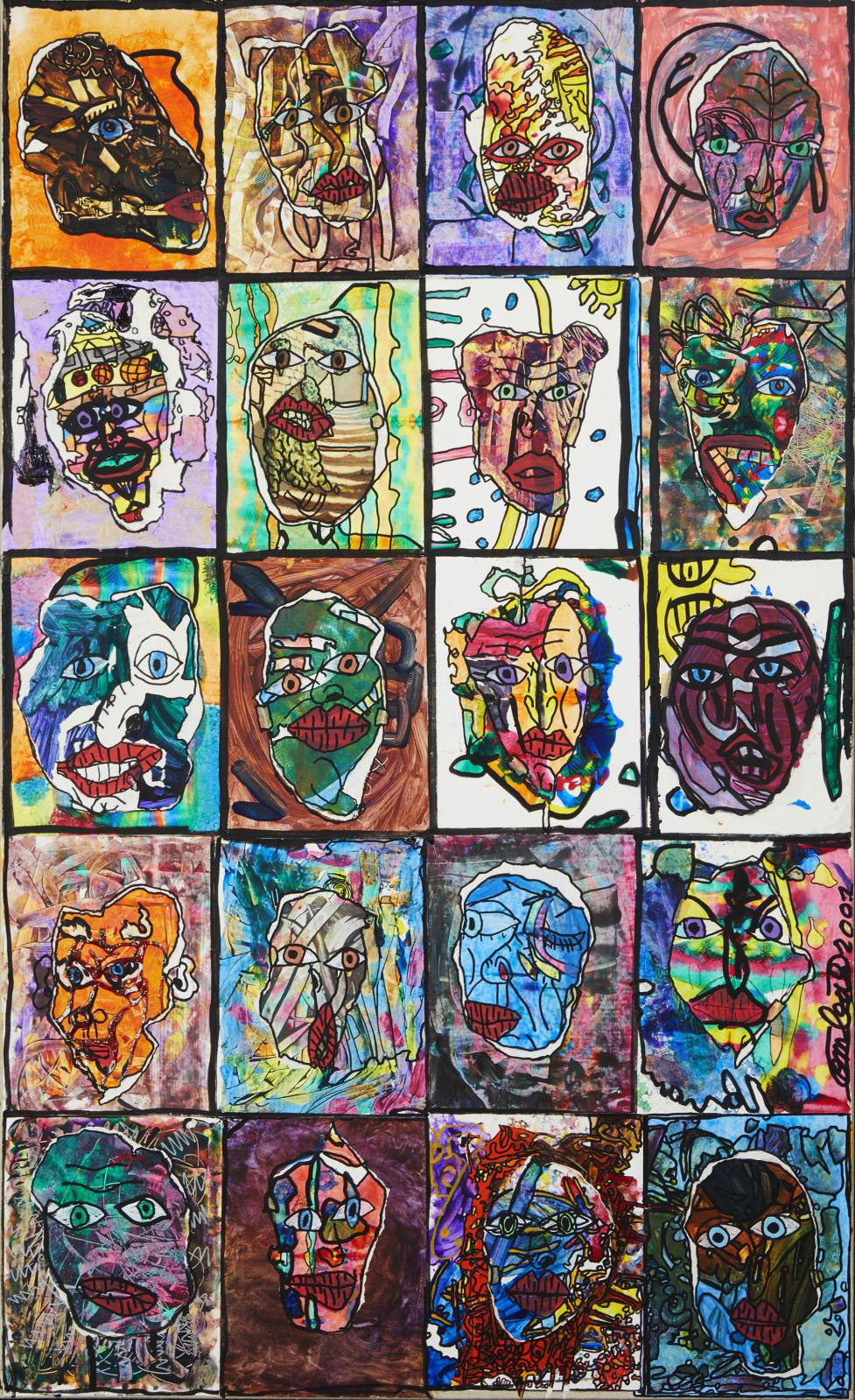 Both men gave form and color to the currency the French used to carry in their pockets. Starting in the 1960s, Lucien Fontanarosa designed the bills from FF10 to FF500 embellished with portraits of Berlioz and Pascal, while Georges Mathieu created the FF10 coin put into circulation in 1974. Saturday, March 6 was the sale of Fontanarosa's paintings kept in his family: a collection that contained, at €12,350, Le Jeune luthier (The Young Luthier) of 1973. Mathieu's explorations were illustrated by the collection of art historian Jean-Marie Cusinberche, also Mathieu's documentalist, which consisted mainly of a hundred-odd posters. Every one of these—including the famous visuals for Air France—found buyers at between €65 and €1,300.

The following day, March 7, ushered in the younger generations led by Robert Combas. His works included Les Masques (The Masks), a 2001 mixed media on paper affixed to canvas. The composition, resembling a modern stained-glass window, received an offering of €73,750. This was followed by another of his works, Electrique warrior donc électrique éclectique élatrique à rock à roule (Electric Warrior, So Electric Eclectic Elatric to Rock to Roll) also a signed mixed media on cardboard. This musical figure (200 x 110 cm/78.7 x 43.3 in) raised €56,250. Meanwhile, the enigmatic acrylic entitled Le Pays où le soleil est un slip kangourou (The Country Where the Sun is a Pair of Y-fronts) from 1998 (120 x 110 cm/47.2 x 43.3 in) fetched €52,500.