On November 19, 2019, the Lyon Court of Appeals upheld the convictions of Picasso's electrician and his wife. The landmark case was an opportunity to test the applicability of the crime of possessing stolen goods and works of art. 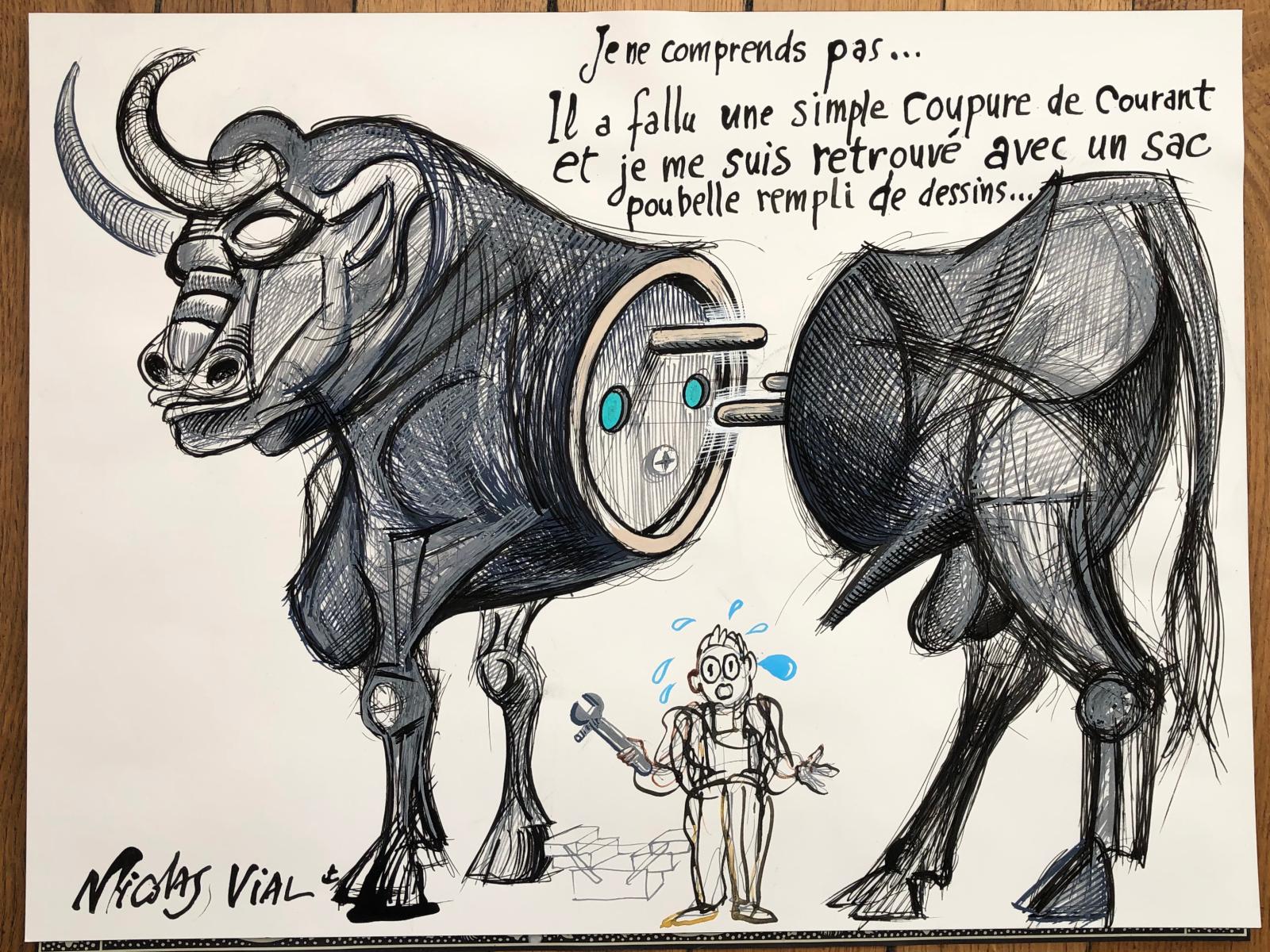 After 10 years of proceedings, in November 2019 the Lyon Court of Appeals sentenced Pablo and Jacqueline Picasso's former electrician, and his wife, to a suspended two-year prison sentence and ordered them to hand over the 271 works to the estate administrator.
The case came to light when the couple sought to authenticate the works, which were not listed in estate inventories and whose existence had never been disclosed. Most are unsigned. They include drawings, sketches, studies, portraits, caricatures of friends, paintings, lithographs, collages, a work on wood and two notebooks from between 1900 and 1932. Some of them, namely Cubist collages, are extremely rare and were pivotal in that movement's history.

A Complaint and a Legal Investigation
The defendants said that, out of friendship, Picasso and his wife had given them a bag containing all the works. Unconvinced, the court found them guilty of possession of stolen goods. On appeal, the couple claimed that Jacqueline Picasso had entrusted them with many works for a few months in order to remove them from the estate inventory and then gave them a bag containing the works in their possession as a gesture of thanks.
The Aix-en-Provence Court of Appeals deemed that the new version was not credible and found the couple's lies and inconsistent statements established bad faith.
The Court of Cassation overturned that decision on February 28, 2018, criticizing the Aix judges for failing to demonstrate how the property held by the defendants was acquired by a theft committed before it came into their possession.
On referral, the Lyon Court of Appeals upheld the couple's conviction for possession of stolen goods. This charge refers not only to "concealing, holding or transmitting an item, or acting as an intermediary in order to transmit it, knowing that this item comes from a crime or misdemeanor", but also "knowingly benefiting, by any means, from the proceeds of a crime or misdemeanor".

The Existence of a Prior Offense
Possession of stolen goods is an offense "of consequence", i.e. it is constituted only if the fraudulent origin of said goods is established. The exact nature of the original offense must therefore be specified, as the Court of Cassation found in this case in 2018. The high court implicitly ruled out the demonstration of misappropriation on the basis of simple possession that was apparently kept secret and presumably devoid of good faith. It should be noted that the crime of possession of stolen goods is not only an "offense of consequence" but also an autonomous one. The continuous nature of the crime allows the statute of limitations to start from the day the offense ends, even if it has run out on the prior crime—in this case, theft.
The referring Court of Appeals found that the crime of possession of stolen goods is beyond doubt, even if the exact circumstances of how the couple came into possession of the disputed works have not been established. In doing so, it recalled the objective link between the prior offense and the possession offense, the latter not disappearing because of subjective circumstances such as, for example, the impossibility of identifying who committed the prior crime. The court referred to several elements in order to establish the original crime, even if, regrettably, the conditions of a "fraudulent removal" of disputed goods, required by article 311-1 of the French Penal Code, are not detailed. It recalled that these are unquestionably original works whose existence had never been disclosed and that making a gift of them is hard to imagine, if not "totally improbable". Furthermore, the material perpetration of the theft was perfectly possible in the period preceding possession of the goods. The defendants were not accused of stealing the works, but it was established that their financial resources did not allow them to acquire them. Above all, the accumulation of unconvincing versions about the works' provenance damaged the defendants' credibility. Their awareness of the existence of a criminal risk—several of the statements reported evoke the hypothesis of a statute of limitations—eventually backed up the court's position. All of these elements establish "beyond reasonable doubt" that all the works were fraudulently obtained. In the absence of any other likely hypothesis, theft is considered the only way that the defendants could have come into possession of the works.

Fraudulently Coming into Possession of Artworks
The case also hinged on the defendants' responsibility to ascertain the property's fraudulent origin. In this regard, it is not necessary to establish precise knowledge of the nature of the prior crime. However, case law is very stern with respect to professionals. An antique dealer cannot claim to be unaware that a valuable item has been fraudulently acquired when the person offering it has no reason to own it. A cut-rate or insufficient acquisition price can be taken into account. Mere concealment of property is also likely to lead to the presumption of such knowledge. Proof of intent is thus facilitated, and the defendant will have to demonstrate their good faith. In this case, the court of appeal dismissed any argument of the defendants' "naivety" or "carelessness" as soon as it was established that they knew the works were by Picasso. This decision was based on the artist's fame. Furthermore, the electrician had classified the works and written descriptions of them, which, in the eyes of the court, "demonstrates a degree of knowledge beyond that of an alleged novice". While it is true that the defendants spontaneously disclosed the facts (an argument they invoked to demonstrate their good faith), this, the court said, was in order to "extricate themselves from the fraudulent situation in which they had placed themselves". It remains for the Court of Cassation, to which an appeal of the appeal decision was referred, to confirm whether this is enough to classify the offense as handling stolen goods, in accordance with the rules of the art.

Preemptions for the Dreyfus and Zola Trials

Heroic Drawing by Fontaine Goes Back to the Louvre

Bernar Venet and the Vitality of Modern Drawings
Newsfeed
See all news
70-year-old Design by Ludwig Mies van der Rohe Being Built at Indiana University
A Princely Sword Goes Up for Auction in Versailles
Ming Vase Sells for €4.55 At Auction in France
Kandinsky Watercolor Sells for $1.3 M After Being Presumed Missing Since 1949
Not to be missed
Market Trends
Art Market Overview: Julie Mehretu is Back
Ethiopian-born American painter Julie Mehretu has made a noteworthy…
Market Trends
Signs of Old Paris on Show at the Musée Carnavalet
You need to look up to appreciate the fine collection of signs at…
Market Trends
Dorville Sale: French Government Rejects Restitution
Contrary to the beliefs of several media outlets, the French government…
Market Trends
The Auction Market's Phoney Crisis
Despite the pandemic, the auction market has not collapsed, and…