In Palermo, a couple that loves old and contemporary art is giving the palace of the Branciforti dynasty, the Princes of Butera, a new lease on life. 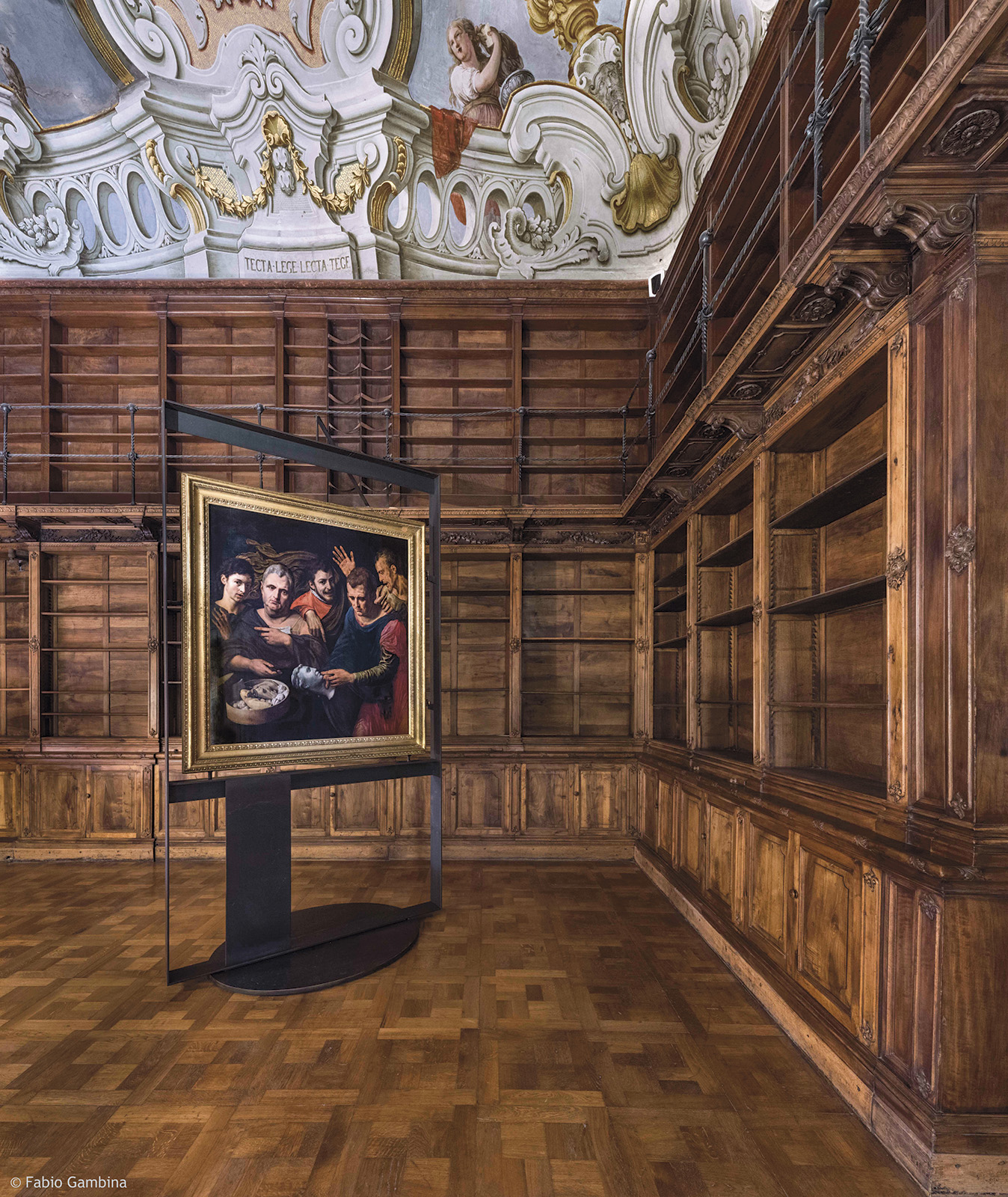 More than a house-museum, the Palazzo Butera is a laboratory open to Palermo and its visitors. Francesca and Massimo Valsecchi bought the 18th-century palace with a terrace overlooking the sea in 2016. They had only been to Sicily once on vacation when they were young. The couple enjoyed the lively atmosphere and history layered with traces left by various civilizations. They decided to move their collection, begun in London in the 1960s, to this palace in Palermo, ambitiously turning its Baroque and Rococo décor into a new artwork in its own right. Gioacchino Martorana and Gaspare Fumagalli’s frescoes, paintings of the fiefs of the Princes of Butera, the ballroom’s wax and stucco ornamentation and furniture by Sicilian master craftsmen are coming back to life alongside tables by Pugin and Godwin, paintings by Annibale Carracci (1560-1609) and works that Anne and Patrick Poirier and David Tremlett were commissioned to create for the palace.

An Overview of Art History
After the restoration, the first floor will host temporary exhibitions, mainly of contemporary art. The second floor will be viewable only by guided tour and the third floor will house the permanent collection. This lavish residence of the Sicilian nobility will offer an overview of art history spanning several places and centuries, enriching the city and neighborhood’s cultural heritage. The leitmotiv is the evocation of turning points in European culture through first-rate art, from Renaissance and Mannerist paintings (Andrea Solario, Giovanni Cariani, Frans Floris and Cornelis Van Haarlem) to 17th-century works (Sassoferrato, Carlo Dolci), 18th-century porcelain (Meissen, Ginori, Capodimonte, Chelsea and Tournai), Arts & Crafts furniture and objects designed by Christopher Dresser, William Burgess, Charles Voysey and William Benson and early 20th-century glass and ceramics (Daum, Gallé, Loetz, Zsolnay and Cappellin). But it all started with contemporary art. When Mr. Valsecchi opened his Milan gallery in 1972, he was among the first in Italy to show works by Andy Warhol, Gerhard Richter, Gilbert & George and Claudio Costa. His relationships with some artists, including Anne and Patrick Poirier, David Tremlett, Tom Phillips, Elisabeth Scherffig and Eugenio Ferretti, were so fruitful that they continue today.

A Crafts School
Exchange as a driving force of innovation will be the basis of the Palazzo Butera. Instead of a classic private institution named after them, the owners preferred an open-ended project rooted in Palermo and Sicily’s heritage (one so rich that much of it remains to be understood and studied), which can be enhanced by outside contributions. In the last four years their collection has been on loan to the Fitzwilliam Museum in Cambridge and the Ashmolean Museum in Oxford; collaboration with professors from these universities will continue. The palace, which looked like a castle before the Branciforti family's 18th-century restoration, is now open to the public. Visitors can roam around, see exhibitions, attend lectures and watch films in the courtyards or on the terrace. Craftsmen working in iron, wood, stucco and stone participated in the restoration; these art trades also contribute to Sicily’s development. A plan for a school that would enhance the skills revealed by this experience over the years is one of the Palazzo Butera’s key missions.

THE PALAZZO BUTERA
IN SEVEN DATES
1701
At the request of Girolamo Branciforti, Baroque architect Giacomo Amato designs a palace to replace a row of seafront houses.
1737
Ercole Michele Branciforti obtains permission from the Senate to add a terrace, completed in 1750. The building becomes visible from the sea.
1760
Branciforti purchases the neighboring residence of the princes of Paterno and the counts of Caltanissetta, doubling the area of the palace, which acquires its present configuration.
1763-1765
Architect Paolo Vivaldi restores the building, partially destroyed by a fire. Gioacchino Martorana paints the figures on the ceilings and Gaspare Fumagalli the blind architecture. Two rooms are decorated in the Rococo style.
1950The palace becomes the regional council’s seat before housing a tourism school.
1982
The heirs to Butera take back possession of the property, renting it out for events.
2016
Massimo and Francesca Valsecchi buy the palace; restoration begins two years later.
Worth Knowing
Palazzo Butera, Palermo.
palazzobutera.it/it

Brézé: Two Châteaux in One in the Heart of Anjou
Not to be missed
Analyses