The Nadars: a legend

In uniting 300 pieces from its collection, the Bibliothèque Nationale explores a century of photography through the work of Félix, Adrien and Paul Nadar. 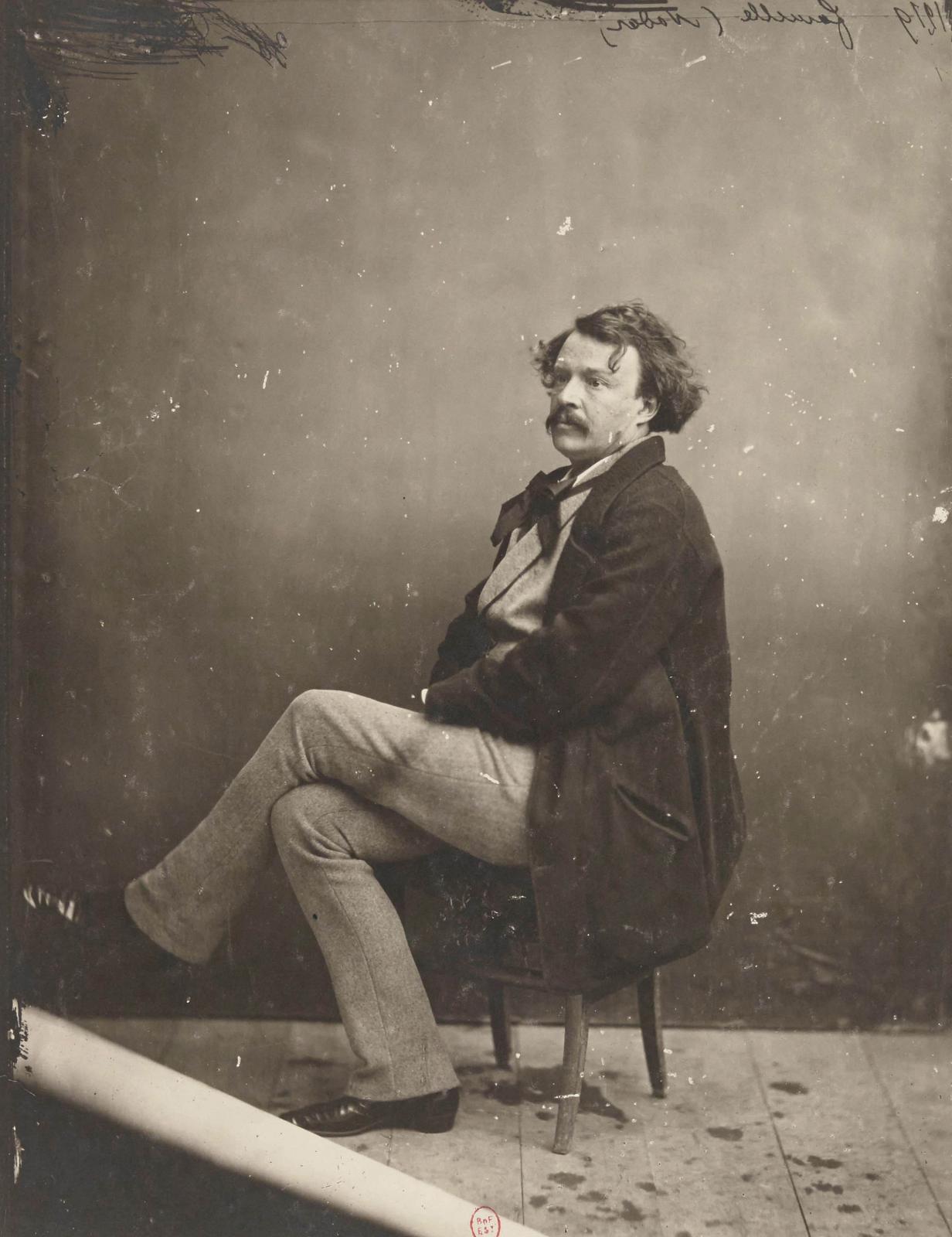 In the Nadar family, there was the father, actually called Félix Tournachon, who was born in 1820, nearly twenty years before the birth of photography was proclaimed, and died in 1910, when it was already launched on its inexorable popularisation. Familiar to everyone for his portraits of Balzac, Baudelaire and Sarah Bernhardt, Nadar was the most famous photographer of the 19th century, together with Eugène Atget. Félix Tournachon adopted the patronym in around 1840, when he was working in satirical newspapers. At the time it was common to use nicknames, and the ending "dar" was in vogue. "Tournadar" finally became "Nadar".

From one Nadar to the next
In the Tournachon family, there was also a sibling, Adrien (1825-1903), known as "young Nadar". Following a court case against his elder brother, he no longer had the right to use this name after 1857. While Félix was all fire and passion, like his many and varied activities throughout a long life, as a novelist, press baron, caricaturist (with his celebrated "Pantheon"), man of science and entrepreneur, Adrien was calm and sensitive. His career as a photographer predated that of Félix, but was brief, lasting from 1854 to 1861. Trained by Gustave Le Gray, another painter-turned-photographer, he gave his images an artistic touch. Lastly, there was Félix's son Paul (1856-1939), who perpetuated the Nadar name for over fifty years, transforming the family studio into a modern company. Very much a man of his times, Paul realised that photography would soon be within everyone's grasp, mainly thanks to Kodak's instant cameras, for which he became the representative in France. He decided to sell them with frames, films and a range of other accessories. At the same time, he continued to produce portraits, the company trademark. Félix is the best-remembered of the three men, because the images of all three have often been confused with each other, mingled within the same archives of a collection containing photographic and art prints, letters, drawings, paintings and objects acquired by the Bibliothèque Nationale de France in 1950. Likewise, their name is often associated solely with their activity as portraitists, when in fact the Nadars produced a very broad range of work. Hence the exhibition's desire to explore the family over a long period – from 1854 to 1939, the year when Paul died and the studio was closed – and to present the various ways they used the medium, particularly for documentary purposes. "We have endeavoured to make a clear distinction between the work of each man, to show that this family saga is a history of real individuals (…), even if they had much in common, including a passion for technical progress," says Sylvie Aubenas, director of the BnF print and photography department, and curator of the exhibition with Anne Lacoste, director of the Institut pour la Photographie des Hauts-de-France. In terms of style, Adrien and Félix immediately realised that the fixed poses in pompous settings so popular at the time did little for the art of the portrait. In their compositions they focused on the person, making play with light and their silhouette, and tried to avoid any overloaded, unphotogenic details. As striking dresses were the fashion for women, Félix suggested that his models wore a sober drape on their shoulders, saying: “I am taking the portrait of a person, not of her dress." When he took over in the 1880s, Paul reintroduced the painted trompe l’œil backdrop because he specialised in portraits of actors and actresses. "He stood out because he reflected the taste of his contemporaries. Later on, in the 1920s and 1930s, he returned to close-ups and neutral backgrounds, like his father in the 1850s," says Anne Lacoste.

A look at the history of photography…
Studying these three generations also means looking at the history of photography, starting in the 1850s, when portraits were highly popular and photo studios were springing up everywhere within and outside France. In Paris, the family had numerous rivals. One of them, Eugène Disdéri, was a powerful influence because he invented the so-called "business card" format. These small, inexpensive prints made photography popular and accessible to a broader public. As an astute businessman (and to pay off his creditors), Nadar adopted this principle, selling celebrity portraits that could be mounted in albums. The presence of the glass roof in the studio at 35 Boulevard des Capucines, where they worked between 1860 and 1872, is speaking evidence of the technical constraints of a technique that relied on daylight. Félix invented an electric lighting system making it possible to take pictures late in the day, once the sun had set. "Meanwhile, Paul designed the magnesium lamp, which he patented. In another realm, aerial photography, in which his father had also worked, he convinced the army that it was indispensable for topographic measurements and military strategy," says Anne Lacoste. This is what makes this exhibition so interesting, revealing as it does their pioneering efforts in different areas of photography, including medicine, aerostatics and anthropology. We also find views of catacombs in artificial lighting by Félix Nadar, and instant photographs by Paul illustrating a new era, where the model no longer had to remain rigidly still for the image to be sharp. Lastly, the travels of Paul Nadar invite us to explore Turkestan and the railway line linking Jaffa to Jerusalem in the 1890s. Before he died, Paul worked hard at publicising the studio, meaning that American collectors and researchers took an interest in it early on (as did the BnF, which acquired the collection in 1950). This accounts for the presence of Nadar in the Metropolitan Museum and the J. Paul Getty Museum in Los Angeles, which have loaned various pieces for the exhibition. Countless prints have disappeared, destroyed after having "done their time" on a mantelpiece or a wall. So very few prints now turning up at auction or in galleries are in good condition and feature the famous signature in red ink – "particularly ones from the golden age of the portrait, i.e. the mid-1850s, the period when Félix raised the genre to the rank of art," says early photography expert Yves Di Maria. For a salt or albumen print of Charles Baudelaire or Alexandre Dumas from this period, prices can go as high as €60,000; a silver halide print of Louis Pasteur by Paul Nadar produced thirty years later will fetch around €1,000. The BnF exhibition certainly contains a few treasures.

The pannotype: star of the photography galaxy
News feed
See all news
Visionary artist Christo has died at his home in NY at the age of 84
The Musée de la Monnaie de Paris will be free in June
Reopening of the Louvre Museum
Staggered reopenings for the museums in France
Not to be missed
Analyses
The pannotype: star of the photography galaxy
Often confused with the ambrotype, this collodion process on fabric…
Analyses
Pierre Legrain: a Dada designer?
Africanist-Cubist, Modern or Art Deco? Laurence Salmon's monograph,…
Analyses
Ruben Sobol, photographer of the Roaring Twenties
A painstaking search resulted in a major donation to the Bibliothèque…
Analyses
Ephtée or the complicated art of trunks
Is it possible to exist in the luxury trunk market and seriously…