At first glance, it's just a door. Yet the history of this door, which opened the way to the French monarchs for two centuries, borders on the miraculous. Here we look back at its adventures as a preview of what the forthcoming reopening of the Carnavalet museum, dedicated to the history of Paris, has in store for us. 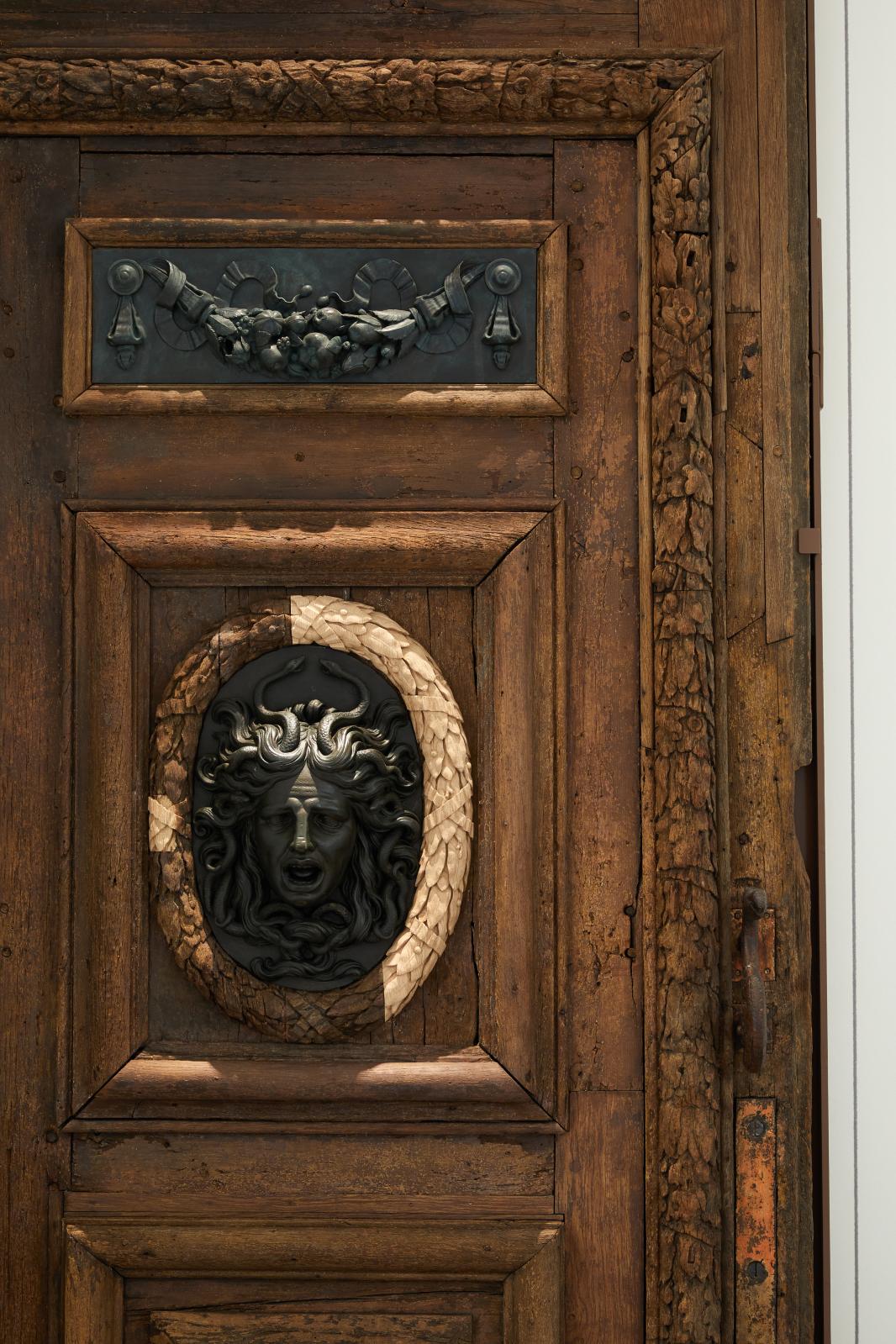 At the height of the Fronde, despite the resistance by Paris's archers and the governor's guards, the rioters assembled at the Place de Grève attacked the Hôtel de Ville (city hall) and reduced it to ashes. This was on July 4, 1652. The palace, built a century earlier by King Francis I and the Italian architect Boccador, was ravaged by the fire, which destroyed the main entrance made of wood. To repair the damage, the following year the carpenter Guillaume Grouart was commissioned to make a new door, with bronze decorations designed by the sculptor Henri Perlan. Almost 4 metres high (13ft), the monumental piece was worthy of the symbol it was meant to embody. The king's power was reflected in the antique-style howling masks, and the sculptor also included the formidable image of Medusa, whose indomitable fury petrified all her opponents in battle. The whole structure was flanked by fleurs-de-lys as a hymn to the monarchy and ships as emblems of the city of Paris. A century later, during the Revolution, these decorations were meticulously crushed to pieces.
Paris, the seat of power in the 19th century, was engulfed in flames again during the Communal riots of May 1871 –and the Hôtel de Ville with it. The day after the fire, Théodore Vacquer, discoverer of the Lutetia arena and assistant curator at the Carnavalet Museum, went to the scene with his team to save what they could. Miraculously, the left leaf of the two-hundred-year-old main door had survived, as well as the bronzes on the right side. This sole relic of the City Hall was immediately transported to the museum. But then it inexplicably disappeared. It was only found a century later in 1995, in Ivry-sur-Seine, standing in the rain and the wind.

Restoring a Memory
Its imposing size (4 metres high and 1.5 metres wide, 13 ft h x 2.9 ft w) and weight (600 kilos,1322 lbs) certainly helped to preserve it. But its huge structure has not made life easy for the Carnavalet museum teams, who have been involved since 2016 in a vast restoration campaign of the collections. It took twelve specialist transporters six arduous hours to set it up in its new place in the new layout of the museum. "The museum officers asked me where this door was kept: they thought they had never seen it, though it had been on display for years in the signs room," laughs Marie-Laure Deschamps, head of the Carnavalet Museum's decorative arts, decoration and signs collections. Covered in dirt from its incredible past, the relic needed a lot of work by a diverse team of restorers, including wood and bronze specialists and a sculptor to refurbish the garlands. The flame-licked sections have been left as is to remind us of both the fragility of our heritage and the capital's turbulent past. "We are a museum that evokes the history of Paris," continues the curator. "This door provides a unique opportunity to talk about the Hôtel de Ville before the fire; only a few of its features have survived." A few stone and metal sculptures have come down to us, as well as a reproduction of a bronze medallion of Henri IV and Antoine Coysevox's statue of Louis XIV, now standing in the museum's main courtyard. Presented on a portico reproducing the volume of the other leaf, destroyed by the fire, the ensemble will gain from its position in the completely revamped ground floor of the museum, due to be unveiled in the spring.